Another school year is gone, and it’s time to look at some of the more memorable stories within the biz and tech section.

It’s too bad we didn’t see this coming: except this shouldn’t be a surprise to anyone. Cambridge Analytica, a partner organization of Facebook, violated Facebook’s terms of service by collecting user data on 50 million people and allegedly using it for voter profiling in America. Conclusion? Facebook probably knows a lot more about you than you know about yourself. As some users scramble to delete their profiles, The Eye wrote about the potential information breaches in our science issue.  William Wolfe-Wylie, a coder at CBC and a contract lecturer at the Ryerson School of Journalism, spoke to us about the dangers of Facebook and other social media sites accessing personal information, including the potential for Facebook’s facial-recognition software to identify people without having a user to manually tag them in photos. 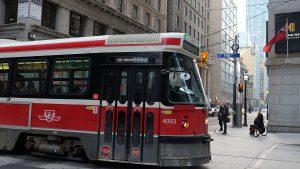 Introduced in late 2017, the pilot project aimed to cut down traffic on King Street and give more priority to commuters and streetcars. The Eyeopener spoke to Tor Oiamo, the only Ryerson professor among a team of U of T researchers studying the pilot project. The study looks at noise pollution, air quality and how travel patterns change before and after the pilot project was implemented. Researchers also hope to look at potential health impacts from the results of the pilot.

With Ryerson’s law school being formally created in 2018, lots of controversies and questions surrounded the school and the field itself. In particular, a study done by Ryerson University in 2017 found that women who were in debt from law school were more disproportionately affected than men in the same field.

We also looked into Ryerson’s law minor, which was heavily business-oriented in nature. Students who were interested in the minor expressed concerns about the minor, feeling that it should also offer aspects such as criminal law or basic law. However, according to the faculty, the new law program will be focused on more than just business-based law. In addition, Ryerson says it’s ready to compete with bigger law schools like Osgoode. Some of the features Ryerson has announced included coding boot camps for students and active collaboration with the Legal Innovation Zone. 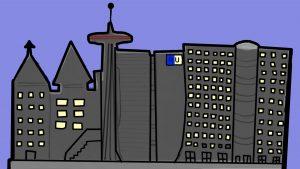 This might be an obvious fact, but renting a place in Toronto isn’t getting cheaper anytime soon. The good news is Ryerson is trying to figure out how to make it more affordable. Ryerson partnered with OCAD, York University and U of T in a two-year research initiative that concerns affordable housing in Toronto. Some of the initiative’s goals include creating interactive maps and affordable housing strategies, an interactive website and deep focus groups and surveys. This comes at a time when the average rent in the GTA is still around $2,000 a month. Hoping for a more affordable residence? Good luck. The average price of Ryerson’s newest residence, HOEM is about $19,300 for a two-bedroom apartment per year.

In September 2017, the Ryerson School of Journalism and the Digital Media Zone (DMZ) partnered with Facebook Canada to launch a digital news incubator, the first of its kind in Canada. Applicants were challenged to pitch an idea that would help solve a compelling problem within the Canadian digital media landscape.

Applications for the challenge were due March 9 and the winners will begin enrollment in the incubator program in late April.