Jahmal Jones heaves a sigh in the last minute of play against Ottawa.

It was the biggest game in Ryerson history, but it didn’t end the way the Rams wanted.

The Ottawa Gee-Gees defeated the Rams 84-75, advancing to Sunday’s national championship match and squashing Ryerson’s chances for a storybook ending to an otherwise storybook season.

Without a doubt, this was a game the Rams could have, and more than likely should have won, yet the Gee-Gees — heavily favoured to win — somehow managed to pull ahead.

Ryerson was down by three points after the first quarter, but played a pitch-perfect second quarter to end the half up 45-36. 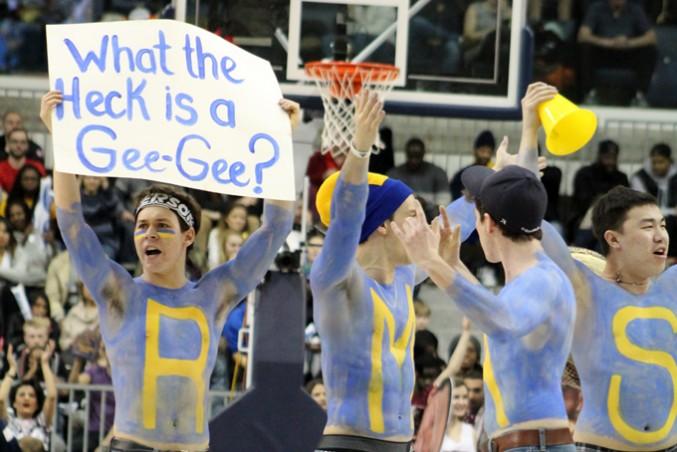 Everything was going as planned as the second half began. Then Aaron Best missed a dunk.

If there was a moment that changed everything, it was the clanking of the ball off of the rim and the crowd, on their feet in anticipation, sinking back slowly into their seats.

Almost on cue, Gee-Gees guard Johnny Berhanemeskel took the ball back down the court afterward, wisely drew contact from his defender, and picked up a three-point play.

Berhanemeskel, this season’s most outstanding player, was relatively quiet before that point, but scored 12 points after that play. Ottawa forward Vikas Gill knocked down four three pointers in the third quarter, and was a vital piece of the Ottawa attack.

“We were struggling on offense in the first half and we just needed some kind of lift. Best is very athletic and he just missed the dunk,” Gill said. “It gave us the momentum that we needed and quiet[ed] the crowd down a little, so it was really big for our team.”

Rams guard Jahmal Jones didn’t score a single point until there were nine minutes left in the game, when he made his only shot and got his only two points of the night. 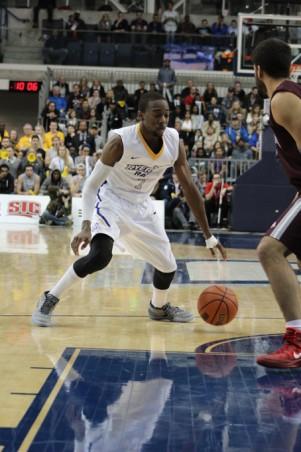 Containing Jones, a second team all-Canadian, is no easy task, but Ottawa’s backcourt combo of Caleb Agada and Mehdi Tahani was able to shut him down.

“Whenever we go into this game, its Caleb and Mehdi on Jahmal for 40 minutes,” Gee-Gees coach James Derouin said.

Ottawa and Ryerson, as Derouin quipped, have been “at war” with each other for a few seasons, facing off in elimination games three postseason games in a row, with Ottawa winning all of them.

Adika Peter-McNeilly, who emerged as the go-to-guy for the Rams throughout the tournament, scored 17 points, perhaps none more significant than his three in the fourth quarter that tied the game at 67.

Moments later, Peter-McNeilly picked up his fifth foul of the game. His night was over.

Peter-McNeilly returned to the bench, pounding on his chest; there was still more than three minutes left in the game.

Leaping up and down, he tried to pump up the crowd. He cheered, they cheered back louder. Best’s missed dunk might be a moment that defined the outcome of the game, but a more fitting memory was this one.

After exiting the most important game of the year, Peter-McNeilly understood that there was still more to be done, something that rings true for the future of the program. 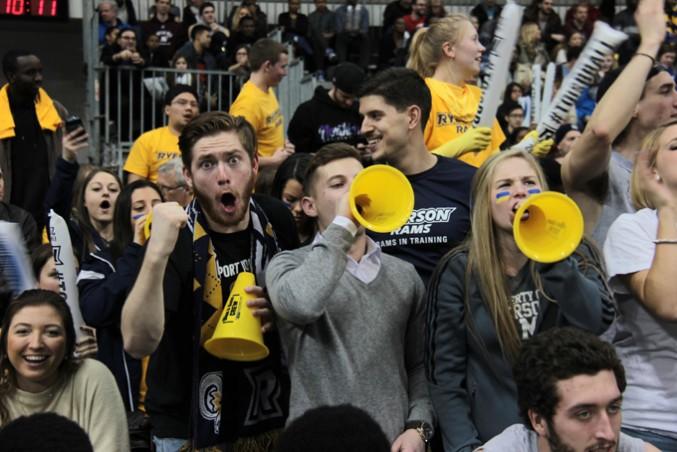 No Ryerson team has ever made it as far as this year’s iteration, but head coach Roy Rana strongly believes that this season was not a one-time deal.

“Aaron is back [next season], Kadeem is back. The bulk of the roster is still returning. This will be a very, very strong team,” Rana said. “I don’t think this is a one-off where this is a special season. We’re going to be very, very competitive here for a long time. I’m going to make sure of that.”

“We’ve got a game tomorrow, and I’m just going to enjoy my time with these guys.”

Ryerson will play the University of Victoria Vikes in the bronze medal game at the Mattamy Athletic Centre at 11:30 a.m. Sunday, while the Gee-Gees will face the Carleton Ravens in the championship matchup at 3 p.m.