Voting for the annual Ryerson Students’ Union (RSU) elections begins Feb. 13 and goes until Feb. 15. The Eyeopener asked the candidates running for executive positions about their plans, policies and politics.

Responses have been edited for length and clarity.

The Eye: What’s your biggest criticism of how finances were handled this year? How would you do things differently? 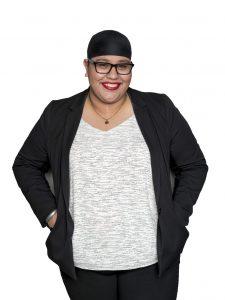 Gosal: As a TRSM faculty director this year, I was able to experience and observe the RSU from many perspectives. Personally, I felt that with a divided executive team, it was very difficult to pass the budget. Everyone held their own opinions and priorities. There was also a general lack of transparency and understanding regarding the finances of the RSU. The budget was approved very late in the year due to the divided board. Many issues arose and we could not reach an agreement. It is difficult for board members to understand the budget and that leads to a challenge in making informed decisions for the students.

Moreover, I sat on the bursary committee and dealt with the emergency bursaries that students submitted. The process of providing students with this bursary was inaccessible. Students had to wait for several weeks before they receive their funds. It is unfair to the students, especially at the time they need it the most. As your vice-president operations, my goal is to finish the budget within the first 60 days in office along with conducting multiple consultation sessions to ensure all board members are trained and informed to make the appropriate financial decisions. Additionally, I will aim to digitize the services and forms at the RSU for increased accessibility. 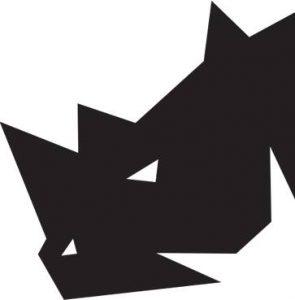 Marchese: My biggest criticism on how the budget and finances were handled in the RSU this past year is potentially transparency—so, that’s a big point for Rhino Party, is inconsistent budget updates. Essentially, we want to have more budget updates [and] better explanation as to what each line-item consists of and essentially we want to remove a lot of the things we deem unnecessary and reallocate funding toward student groups. So, we want to increase student group funding for sure, and obviously we’re not going to just make money out of thin air, so there’s going to have to be some reallocation. If elected we would go through the budget of last year and see where we can reallocate these funds.

Asmar: We’ve moved forward from a lot of the different corruptions and different sort of shady finances that went on in the last few years, so I’m happy that we’ve done that. I was just really disappointed that not enough money was given to the equity folks at the students’ union. The budget allocated for them was $5,000 which really doesn’t cover much past frosh to be honest. It really put a strain on their finances, and the equity folks at the union are already strained. For the coming year though, we’ve had the good food centre and sexual assault support line feed students, support survivors referendum that has given them almost $190,000 in extra funding. 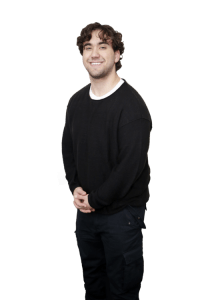 So, in the coming year I’m not worried about that anymore, but in the past year I think my biggest disappointment was their budget getting cut, and also a disproportionate amount allocated to athletics groups. I think that the money that was taken away, it was initially a cut from our legal fees that was already under budget and was already way less than what they had spent in the previous years. So the money was taken out of that and a disproportionate amount was given to the athletics groups from that cut. If we were going to make that cut to begin with, I wanted to see it more so divided along all the different subsidies of the union.

The Eye: What is your experience managing accounts and finances?

Asmar: Other than my own, not really. My mom owns a rehab company and my dad is the IT manager of a law firm so both of them deal with finances. Both of them do their own taxes. Both of them keep their own books. With the relationship I’ve had with my parents I’ve always sort of been part of the conversations of their plans with their money, their plans with my tuition—so I’m not completely financially illiterate. But, I’ve never been in charge of a budget of my own. Again, on the board we all vote on the budget, we all learn to read a budget. We go line by line in the budget, we can see the forecast of what has been spent in previous years and the projections for next year. So, I’ve spent the last little while learning. But as vice president of operations there are two full-time staff members who are financially literate so they would work with me to help me—if elected of course—to know the ropes a little bit better.

Gosal: As a fourth-year business management student double-majoring in business law and human resources, I have significant experience with managing accounts and finances. Specifically, I have been involved with Enactus Ryerson since my first year at Ryerson. Through my involvement with this student group, I managed and overlooked a budget of over $100,000. Additionally, I was able to raise funds of over $70,000 for our initiatives. I learned the importance of resource management in order to best serve the students.

As a former administrative assistant for the RSU, I was able to experience and be a part of the day to day operations of the organization. I have extensive knowledge regarding the many services the RSU provides, including the financial processes. As a result of my previous experience with successful money management along with my burning passion to ensure students have the best experience at Ryerson University, I have the ability to adapt to the scope and scale of the requirements in the role of the Vice President of Operations for the RSU.

The Eye: What are some specific plans or programs you’d like to implement during your term?

Asmar: Our sort of broad campaign point, as a team we would like to work with Ryerson students, Ryerson faculty to develop a three-year multiplan composite budget to reduce and ultimately eliminate the $1.1 million deficit we are currently in. Boards move from year to year so we don’t have that financial long-term thinking usually, but to get out of a deficit this big you need to be long-term so we really want to implement that.

But, what I’m really pushing for is a multi-part textbook subsidy plan. I really want to work with like Ryerson administration, Ryerson faculty, the RSU, CopyRITE, and textbook publishers to work to not only develop a grant, but also to work with publishers that already subsidize their books to Ryerson. Like, Pearson for example, I believe they give their textbooks to Ryerson at about 25 per cent lower cost than other ones, and they also have a lot of e-book and PDF resources that I would also like to bring to the table for Ryerson. Because, you know, PDFs and e-books are way cheaper than actual books, and that’s one of the things I would like to push.

We would also like to streamline the emergency travel grant and a lot of different other grants and sort of cut a lot of the red tape and remove all of the bureaucracy needed to apply and get accepted for those grants.

Gosal: Regarding the Operations portfolio, I am extremely passionate about revitalizing the overall operations of the RSU. Some of the things my team and I are dedicated to implementing during the 2018-2019 term are the following: Digitize and update all forms including emergency grants, student group funding applications, and the cheque requisition system, assess copyright pricing and service efficiency to ensure the most
affordable prices and quick service for students, create a fund for campus groups to work towards mental health initiatives, bring back the mental health scholarship, restore student group grant funding from $88 000 to $110 000 and course union funding from $40 000 to $50 000, and implement online room booking system that student groups can access.

Marchese: As VP operations, my main plan is to be 100% more financially accountable, as I said in the first question, and a big step I want to take is to improve the RSU website. That would probably be one of the first things I want to do, is to make it for students to easily find important things, such as documents that are important like budget updates, the constitution, the policy manual, meeting minutes, and (to) publicly advertise RSU board meetings more. So basically I just want to reformat the website essentially to put like an important events or important documents area and add a frequently used services area. So important stuff like metro pass deals, so, basically all the important stuff that many people don’t know the RSU offers students.