After escaping an abusive marriage under the oppressive theocracy of Iran, and surviving another nightmare relationship in Turkey, Farbia Hashemi-Davani came to Canada because she wanted to help women in similar situations. She was on her way to do so when she died last Monday.

Hashemi-Davani was killed when her Hyundai Accent skidded head-on into another vehicle. The 40-year-old mother of three was on the way to her internship at a women’s shelter in East Gwillimbury.

“She was very courageous because she had been subjected to violence herself by men,” said Ben Carniol, a social work professor. “She recognized that women who are abused must not blame hardships on themselves.”

Hashemi-Davani was driving northbound on Warden Avenue near Newmarket when she lost control of her car on the icy roads and skidded into oncoming traffic. Hashemi-Davani, who didn’t normally go to her internship on Mondays, was making up missed days from the holidays.

Sunday’s memorial, held in Jorgenson Hall in the Commons, was attended by members of the Iranian community, students and professors who knew the mature student.

“She was a good friend,” said Tsimidis. “She made me feel not ashamed of being divorced twice. I’m going to miss her.”

Hashemi-Davani left her two daughters in Iran in early 1990, when she snuck out of the country and into Turkey. There she married her second husband, who she had a son with. But the marriage was again marred by a violent Iranian man who enforced his dominance over Hasemi-Davani by regularly beating and degrading her. She divorced again and came to Canada with her son where she worked as a hair stylist before enrolling in Ryerson’s social work program. 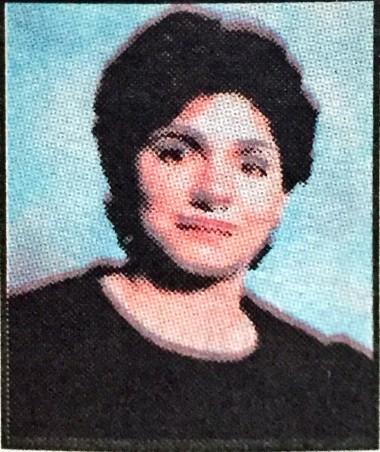