Two Ryerson media grads produced an interactive documentary about immigrant entrepreneurs in partnership with The Globe and Mail.

Marc Serpa Francoeur and Robinder Uppal’s interactive documentary showcases Toronto’s diversity through the small businesses owned by immigrants in the Bloorcourt Village, a neighbourhood located on Bloor Street West, from Montrose Avenue to Dufferin Street. Unlike a traditional documentary, the interactive aspect of this one allows viewers to navigate through the documentary and provides multiple levels of engagement.

Serpa Francoeur and Robinder earned master’s degrees in documentary media at Ryerson and graduated in 2013.

The interactive experience gives the audience a first-person point of view as if they were walking through the Bloorcourt Village and interacting with the small business owners to hear their personal stories. One of the stories includes Jesús Morales, who fled Nicaragua as a refugee with only $20 and some clothes. Since then he started and owns Canada’s only Nicaraguan restaurant, La Bella Managua.

Serpa Francoeur said people have responded well to the documentary’s format because it’s quite simple, but has a curated path from which people can pick and choose focus points to learn more from. A viewer can spend anywhere from one minute to even an hour “walking” through Bloorcourt.

The documentary can be accessed on a computer or mobile device. Through online resources, Uppal learned how to code to bring the idea of the interactive documentary to the screen. Adapting the concept to mobile devices was a crucial part of the project because it broadened the reach and accessibility.

Although a simple concept, the young filmmakers found it difficult to explain the idea of an interactive documentary to others, especially those they were interviewing for the documentary.

“The language was hard with the new interactive approach. It was a challenge to help people understand how it works and explain what the end product is going to be like online,” said Serpa Francoeur. 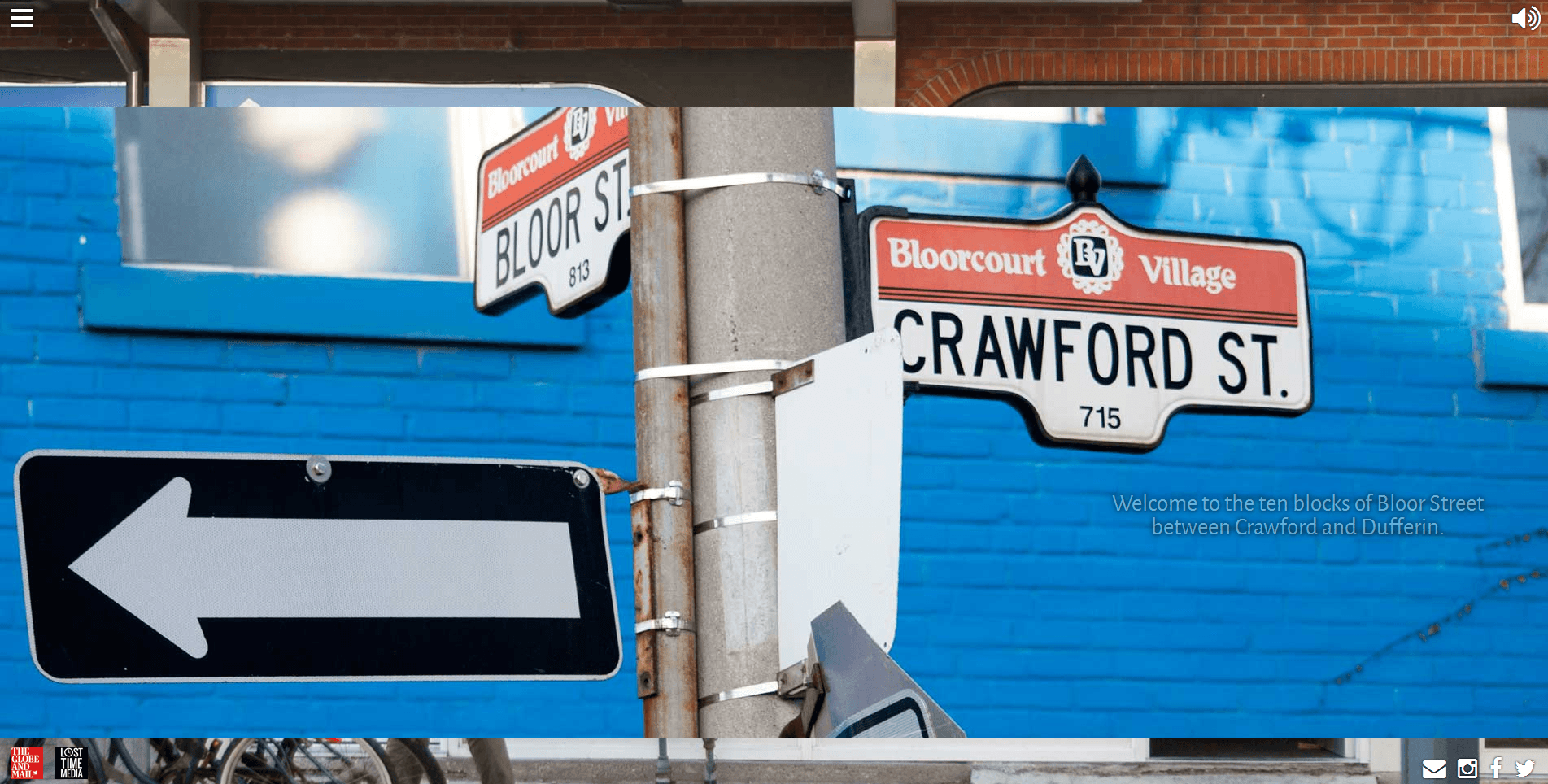 Although “World in Ten Blocks” has an online platform and is made to be easily accessible, the question of how to share the documentary was raised by the filmmakers.

“The Globe being a national newspaper was perfect because we wanted to show all of Canada the diversity in Toronto,” said Serpa Francoeur.

“We knew people in Toronto would be very interested but we wanted to share beyond that with everyone in Canada because the rest of the country isn’t like this. To share and document what we see as special about this city we live in is very important to us.”