A startup company recently developed and released an app to help people find cheap and time-sensitive deals on food and drinks in their areas. The app, called ChopChop, is launching its platform to Ryerson University on Feb. 13.

There are currently over 250 restaurants and bars in downtown Toronto which publish their deals on ChopChop. The app tracks users’ locations to find places closeby that are offering specials and promos on food and drinks.

“We think Ryerson has a huge density of restaurants, just around the Dundas and College area, which is primarily why we chose to direct our attention specifically in this area,” said co-founder Ian Weng.

Targeting students was also a goal for the company because “they are the most price-sensitive crowd,” Weng said.

Weng got the idea for ChopChop when he was working downtown Toronto as an accounting consultant.  He said it was always difficult to decide on a place to eat out or grab drinks with co-workers because nobody knew the closest and cheapest places.

The alpha version of ChopChop (the one designed for testing) was launched late November last year. The current beta version, which is open to the public, has been out on the App Store and on Google Play since Feb. 3.

Starting Feb. 13, ChopChop is planning to focus its marketing efforts on  Ryerson students.

“On Monday, we push the button on Facebook ads [and] send emails to people who might be interested in the app,” said Weng. “Wednesday, we will have a street team of students on campus promoting the app.” 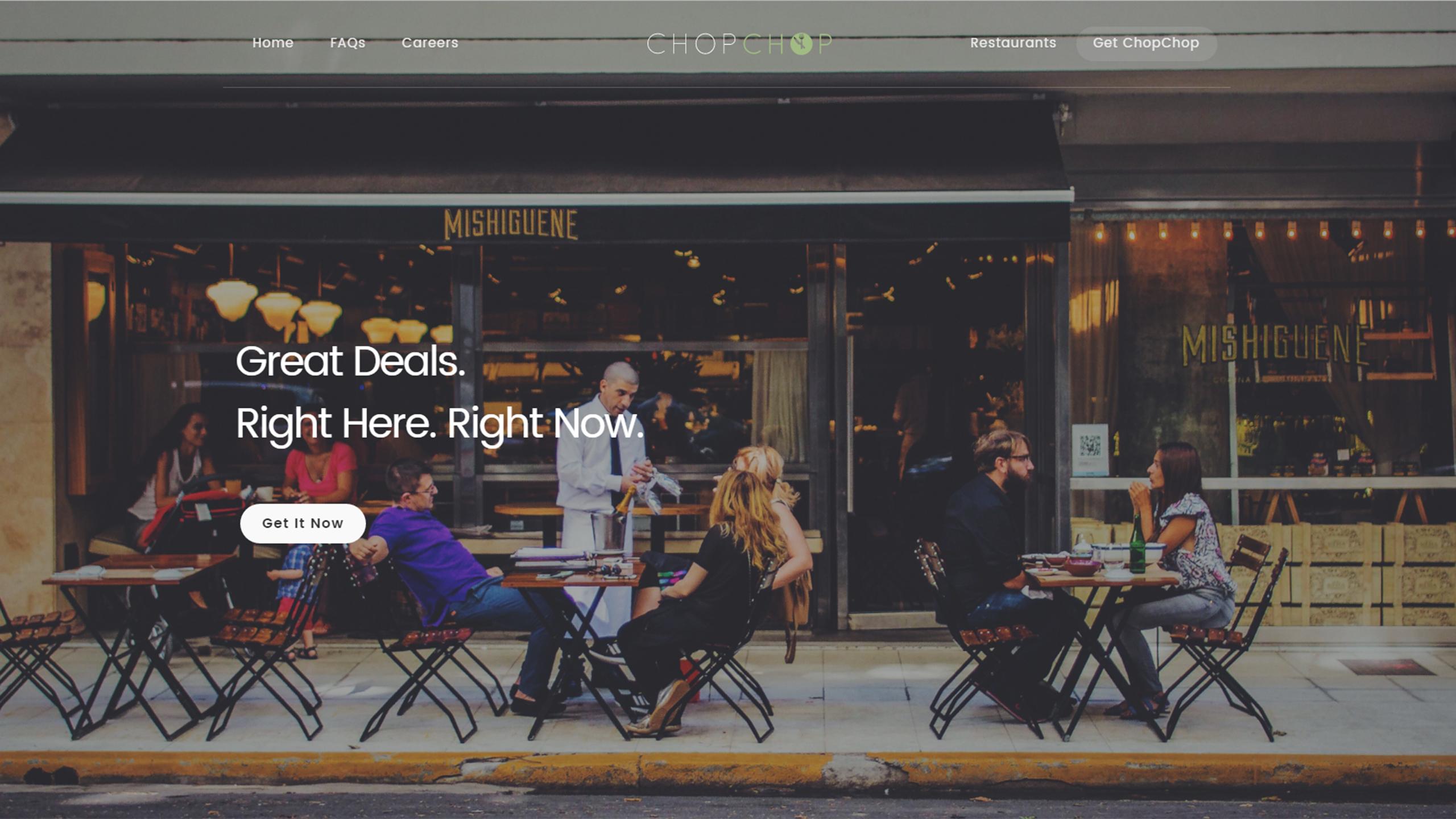 ChopChop has already started to get involved within the Ryerson community.

Weng spoke at the Ryerson Marketing Conference about ChopChop on Feb. 4 as a keynote speaker in a startup talk panel.

ChopChop is working with representatives from the Ryerson Marketing Association (RMA) and is looking to partner with the Ryerson Students Preferred Network, a business network that helps students save money.

Igor Nesterenko, vice president of corporate relations at RMA, said the RMA is helping ChopChop find a director of marketing by reaching out to their social media followers.

Chao and Hounsell have a background in coding and developed the actual app and website.

The three partners went to Founder Institute Toronto, a startup incubator, to do a three-month-long program in developing and launching the idea of ChopChop. They started the program last September.

ChopChop plans on expanding to the University of Toronto area as well as Toronto’s financial district in the future.