The Ryerson Students’ Union elections are underway and the winners will form the governing student body at Ryerson.

Students can vote online through their RAMSS accounts from Feb. 6 to 8.

Click here to check out the other executive slate profiles: Elevate, SPARK, Ohana 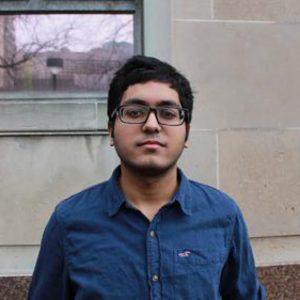 First of all, let me answer that in a different way. There are three of us running for president. I guess the one reason you could say is that we are different than other people. All three of us are different, we have different goals and ideas in mind and we just want to put it out there. That’s one of the main reasons. Other than that, I’m a big fan of rhinos.

Number one, there was no petting zoo for rhinos on campus. Number two, most people didn’t even know that the Rhino Party existed. Number three, people didn’t know we had a 16 per cent win rate in the last elections. All that aside, students’ money goes to waste in petty concerts that supposedly put Ryerson on the map, which I disagree with. On Friday, I’m trying to be in a class, what they do is they bring vendors and set them up on Gould Street and they blast music very loud when we’re trying to work. It’s very distracting. The people who are in the RSU now, they became the very thing they were fighting against two years ago, which is not listening to the students and not caring about what they want, and wasting their money.

The Rhino Party. We’re not really about one specific thing. We’re mostly about common sense. We don’t tell you things our way, we don’t tell you what we’ll do for you, we’ll tell you how we see it. It’s the truth, it’s ugly, some people don’t like it, but we put it out there. We think the RSU is useless. We’ll tell you we think the RSU staff doesn’t do anything. We’ll tell you we think the VP Operations position is useless. You can notice that we don’t have a VP Operations candidate. We believe that we can replace the entire RSU staff with therapy dogs and be much better off.

What makes you the best candidate for president?

This is my third year. I’ve ran in elections before. I’ve ran three times, won two, not in RSU, but in the student societies and course unions. I know how it works. I’ve seen people promise big things. They make fancy videos, fancy terminologies, fancy slogans, and posters everywhere. I just think it’s stupid. It’s a waste of time and a waste of money. It tricks students. People see flashy things around them and they get tricked. We’re running on simplicity. We’re the Rhino Party. We like rhinos, we want more opportunities for students, we want to replace the RSU with therapy dogs, we want to do more for you, just give us a chance. 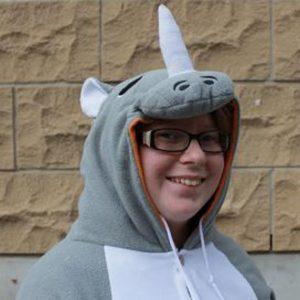 I’m running for my position because I believe in many things. I believe the RSU system is flawed and that things need to change, so I’m trying to push ahead some changes.

I would say my major criticisms include inadequate transparency, definitely some issues where it’s too clique-y. Everybody who’s involved in the RSU becomes people who know each other and are politically connected, so that’s one of the big things the Rhino Party is trying to deal with. Let’s bring in people who aren’t politically connected. I don’t have any friends on the RSU. I know people, but we’re not buddies. We’re trying to bring in people who may not get their voices heard as much.

What makes you the best candidate for president? 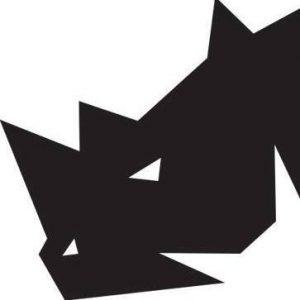 I don’t know how I ended up here, I thought I was filling out the RSU refund form again.

I think Harambe deserved a better memorial. The candle light march was lit and everything but it just wasn’t enough.

Why are you the best candidate for your position?

I am not, but then again the people who were elected last year weren’t really the best either. Who really are your other options doe [sic]?

What are your main concerns surrounding access to education at Ryerson?

There aren’t enough bean bags on the SLC sixth floor. I promise to get more bean bags.

I have a lot of feelings you know? Like about things equaling each other? I really like things being equal.

The current RSU was elected based on promises of greater transparency and accountability. As the recent article about 6 Fest has shown, this has not been the case, which points to major failings of the current administration to live up to those and other campaign promises. Additionally, their mission to separate from the CFS has resulted in more students’ money being spent for little to no noticeable gain for the students of Ryerson.

If the Rhino party were to be elected, we make sure that when we embezzle money or waste on useless ventures. We will document it fully so the students know exactly how their money is being spent.

Making all the walls in the RSU glass to increase transparency. Dissolve all student groups and make one big one where everyone holds the same position and has equal power and treatment. Make Ryerson at least moderately okay. Establish a list of predetermined phrases that students must use while on campus to prevent accidental triggering. Remove gender signs from washrooms.

What are the biggest challenges equity groups on campus are facing? 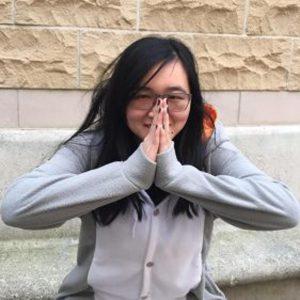 There wasn’t a rhino with a candle at the Harambe candlelight vigil. They’re both animals and it would’ve been #lit.

A structurally sound one.

What are the biggest challenges equity groups on campus are facing?

Because walking away from this mess doesn’t get me away fast enough.

That I didn’t get $80,000 transferred into my personal bank account.