When Ryerson grad Priyanka Dhopade was a child and heard about Roberta Bondar, the first Canadian woman in space, she “just wanted to be her.”

Dhopade said it was always in the back of her mind that if she got the chance to go to space, she’d take it. Now she’s one of 72 candidates vying to be Canada’s next astronaut.

Dhopade, who graduated Ryerson in 2008 with a  bachelor’s degree in aerospace engineering, is competing for one of two astronaut jobs with the Canadian Space Agency (CSA).

Of everyone who applied to the CSA’s astronaut recruitment campaign in the summer, 1,706 applicants passed the public service entrance exam in August. One hundred sixty-three candidates remained in November and by Dec. 1, the number was down to 100.

Dhopade said she is “very happy and proud to have made it this far.”

Every time she got an email saying she’d made it to the next round, she jumped up and down in front of her computer.

To be considered by the CSA, all people applying to be astronauts needed a bachelor’s degree in engineering or science or a doctorate in medicine or dentistry. 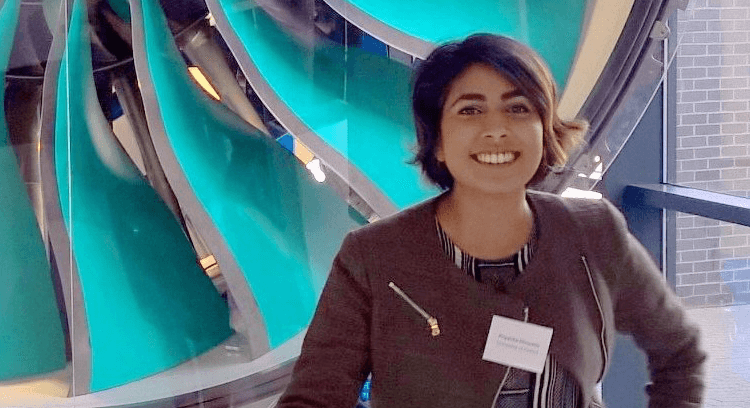 Dhopade, 29, lives in Oxford, England and works as a researcher and lecturer at Oxford University. There, she creates computer models of jet engines and works for a network that recruits women to study science.

Sixty-eight per cent of the CSA’s current astronaut candidates are male and 32 per cent are female. Just two of Canada’s 12 astronauts since 1983, Bondar and Julie Payette, were women.

Astronauts are incredible role models, Dhopade said. At Oxford, she works in an organization to encourage women to study science. She thinks being an astronaut would help her inspire more people “in a totally different way.”

“There’s an outdated perception that engineering is something that boys do,” Dhopade said. She said it isn’t advertised well to girls.

Dhopade said there is much humans can learn from space exploration here on Earth.

“Developing the technology to make [space exploration] possible drives our fundamental understanding of the various sciences,” she said.

Dhopade said she isn’t nervous about the prospect of going into space. “I think I would just be really excited.”

She’s curious to learn what the physical effects on her body would be.

Dhopade said she would also like to draw, sketch or paint something she sees from the window of a spacecraft.

The next step for Dhopade in the recruitment process is to undergo mental and physical testing.