Both the “for” and “against” debate teams often took to name-calling and mockery of their opponents.

“That’s a nice fact,” debater Will Anderson said at one point in the debate. “Where did you find it, BuzzFeed?”

The room erupted in cheers and boos. This continued throughout the course of the event as opponents slipped jabs into their arguments.

Fox is running for Ryerson’s senate with the Engage team and has run for the Ryerson Students’ Union. Petz made campus headlines last  year when, as a member of the executive team of the Ryerson Marketing Association, he caused controversy by calling safe spaces a “fascist practice.”

The International Economics and Finance Course Union (IEFCU) held the event with support from the Ryerson Arts Society. 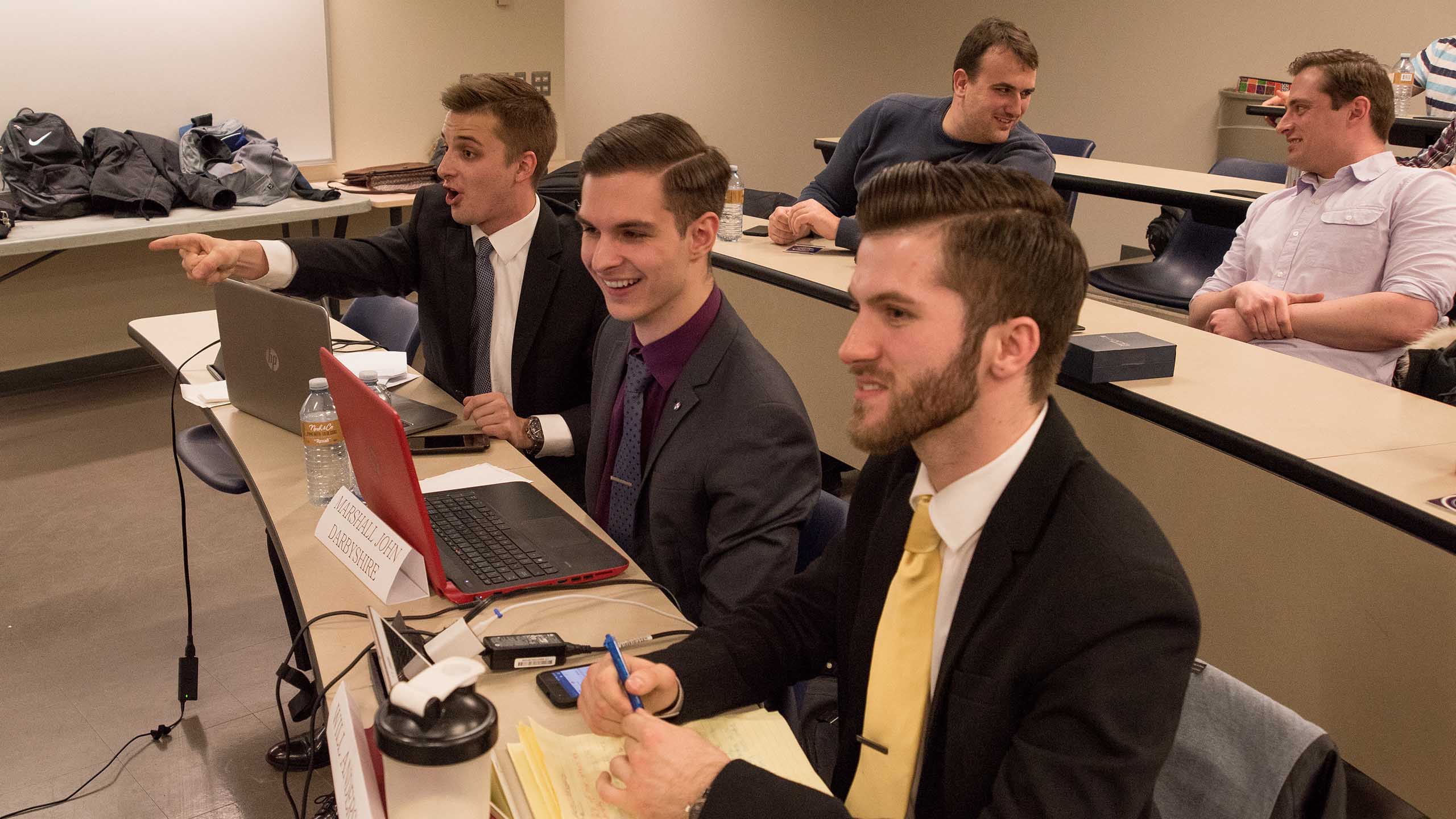 Salman Faruqi, director of the IEFCU, said “Raising the minimum wage is a vital discussion to have. The course union wanted to provide a fair and professional platform, to both sides, in order to present their opinions.”

The “for” team argued a higher minimum wage would contribute to boosting the economy by increasing spending.

However, the “against” platform argued a higher minimum wage, while a “sexy idea,” would mean “decimation for the economy.”

The debate centred on how a higher minimum wage would affect poverty, crime, and technology and automation.

The side arguing for a higher minimum wage said the social impact would be positive. According to DeWever, who cited a 2016 study published by the White House, increasing the minimum wage leads to a decrease in crime rates.

“I [have] a real nice study from New Jersey and Pennsylvania,” he said. “We know that wage increases create unemployment, unemployment creates poverty, and poverty creates crime.”

The argument of seeing a spike or decline in poverty due to raising the minimum wage was a point of great contention between the two platforms.

Trudell brought up the issue of the current minimum wage negatively affects women and racialized people, contributing to the problem of poverty. 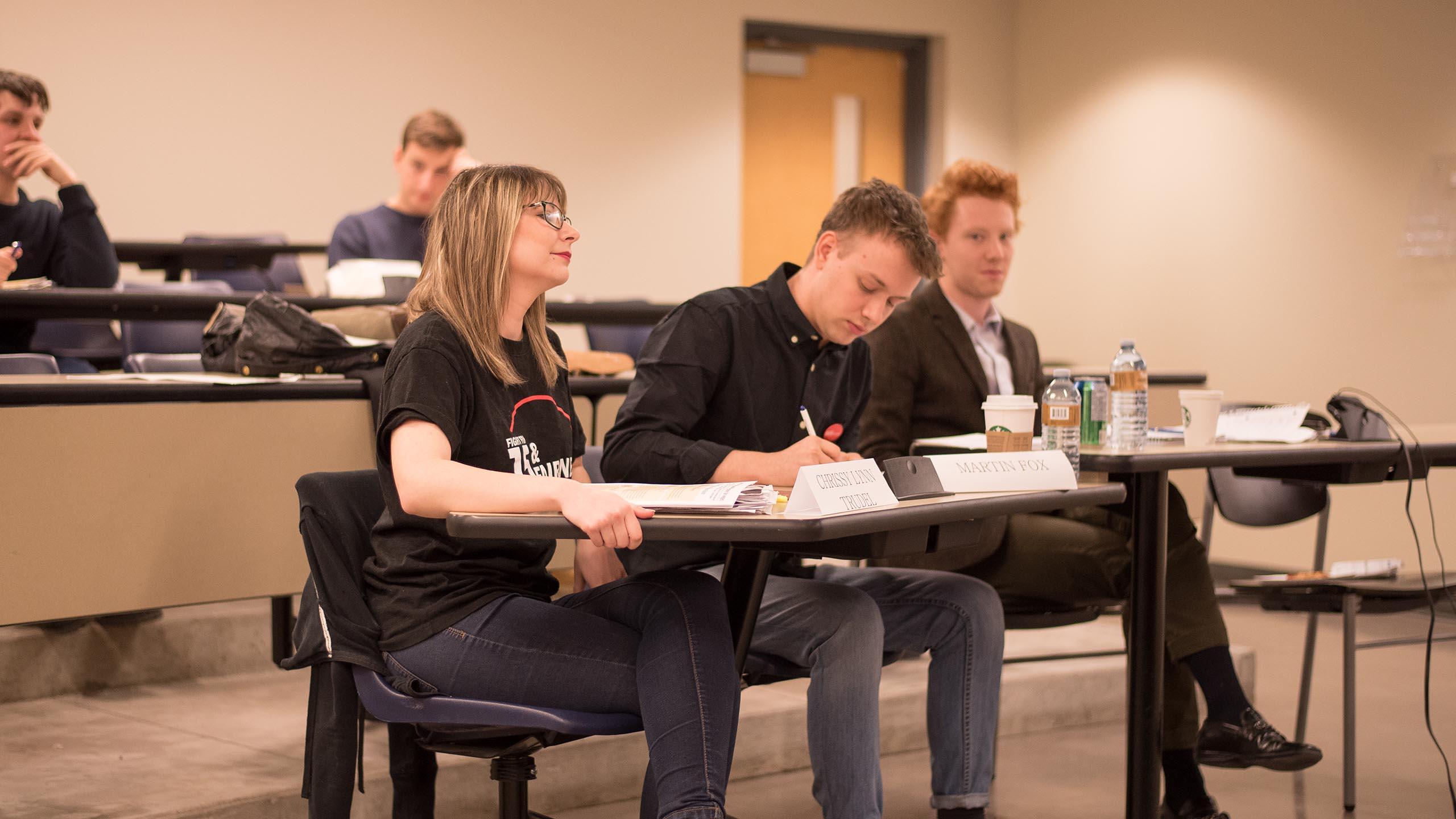 Darbyshire argued that while the prejudice exists already, it would only be exacerbated by a minimum-wage increase.

Trudell argued there is no such correlation between an increase in wage and a decrease in employment.

“I don’t know where you think these jobs are going when minimum wages are raised,” she said.

The topic of automation, replacing workers with machines, concluded the heated debate, with Fox and Petz squaring off.

Fox challenged Petz’s argument that an increase in the minimum wage would accelerate automation, decreasing the need to keep expensive employees and sending unemployment rates skyrocketing.

“It’s 2017,” he said. “There is no reason for us to be driving cars for 12 hours a day, or positioning cheese on burgers. Robots can do that, and this frees us up to work more useful jobs that engage higher human faculties.”

“How do you expect low skilled people to enter a workforce that requires advanced skills?” Petz asked in response.