RIOT—Ryerson’s comedy group—has got everything: parodies, musical comedy, and plenty of weird stuff, and they’re holding one last show of the year on March 29 and 30 following two sold-out performances.

The group of students will be including several random scenes, ranging from different comedic media, strung together in RIOT 69: Through the Ages—the show they’ve been preparing since September.

Each cast member created numerous sketches and then presented them in groups on a bi-weekly basis. Last month, every troupe member chose their best scripts and then there was a vote to determine which sketches were the funniest. The chosen sketches will be included in the upcoming show.

Each included scene can range from ten seconds to five minutes long and will involve four to ten characters. The show has no specific theme aside from celebrating the troupe’s 69 years of existence.

“I really like being in this group,” said Barbara Marshall, a biomedical science student. “I’m in science all of the time and it gets kind of ‘gucky’ almost — you kind of just use one side of your brain. This club has really opened my mind, like how complicated directing things are and bringing something to life. It’s just such a learning curve.”

Marshall started her comedic journey about a year ago, taking a stand-up class at The Second City and then participating in open mic events over the summer. She was recruited into RIOT this past fall after attending the competitive, annual audition for the troupe. She was one of three selected to join the intimate cast and friend group.

“It is a great place to meet people,” said Ben Christensen, a creative industries student and cast member. “(From) the troupe last year, I think five of the people on the troupe now are my roommates. We all met in RIOT and we have a little RIOT house now,” said Christensen.

“Their house is like Hogwarts on acid,” added Marshall.

With the biggest show of the school year approaching, the producers and comedians are adding weekend rehearsals on top of their weekly meetings. When comparing this show to their most recent two shows, this performance is a culmination of tireless hours of preparation.

“This one is way more work,” said Julianna Romanyk, the assistant producer of the show and a media production student. “The venue is more than double the size and we’ve been writing sketches since September. We’re spending a whole month just rehearsing the sketches, buying props and costumes and figuring out what order the show can be in. 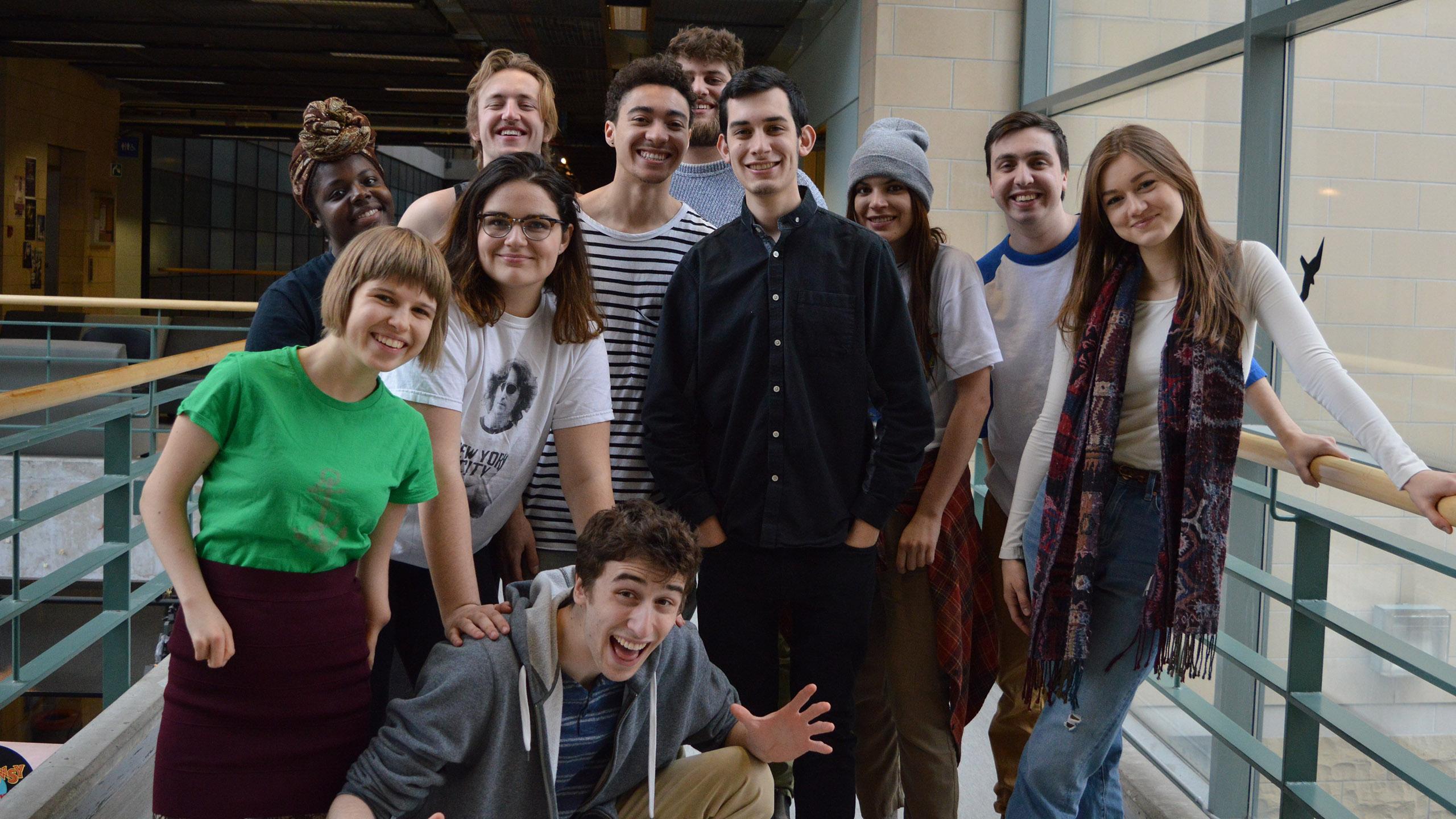