Three teams of third-year Ryerson biomedical students are creating technology to help people with disabilities. One team is building a device for staff at a centre for autism, another for a rehab doctor and one for a farmer who lost an arm.

Ryerson’s chapter of Tetra Society, a not-for-profit that connects people who request assistive devices with engineers, arranged a $200 stipend for each team with the help of Ryerson Engineering Student’s Society. The products: a watch to call for help, a sensor to detect weight on limbs, and a prosthetic arm that can grip when a person flexes their bicep. 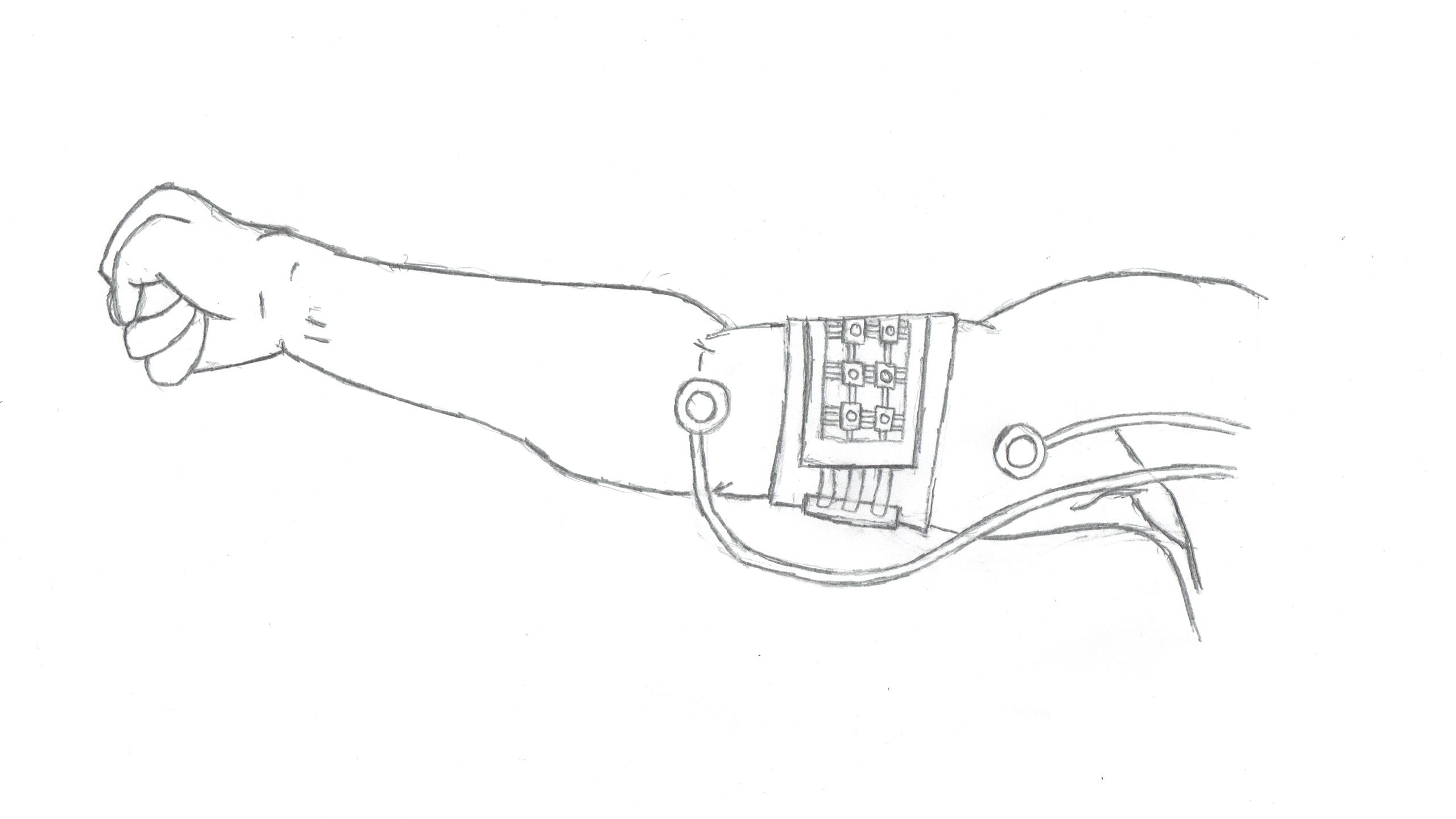 Illustration of the Weight Bearing Device on an arm

Gordon Gray says his team’s creation is “almost like a portable scale” patients can use after trauma and surgery to weigh the load they’re carrying.

Doctors sometimes tell patients with limb injuries not to put too much weight on the injured part. But Nima Feizi, also part of the team, said it’s hard to know what that weight is. The scale is designed to help patients monitor that weight and strain, with a red light to indicate when they are over the limit.

“Now we can actually measure, and that just makes the whole process of recovery optimized,” Gray said.

Rehabilitation “is a healing process and applying too much weight can ruin that, and there’s also cases where not applying anything is not the greatest thing,” team member Shamiu Rahman said.

Gray, who was in charge of buying and sourcing, says similar devices are too costly or ineffective. He said the lowest-costing device people currently use is about $4,000. The team’s prototype costs less than $100. Gray said that could increase to $300 if the team gets more funding, but that their device would still be the least expensive in the market. Most of their cost goes to the sensor and chip.

The team used a simple compression band to hold the sensor and make the scale wearable on the hand. Silicon gel covering the chip makes the band more ergonomic and spreads pressure evenly. A chip further up the arm connects to the sensor and translates the readings.

Branavan Yasabala, who headed design, said the team tested the sensor with dumbbells and that it bears up to 200 pounds, so people could wear it on one of their feet.

They presented their design to Tetra last week. 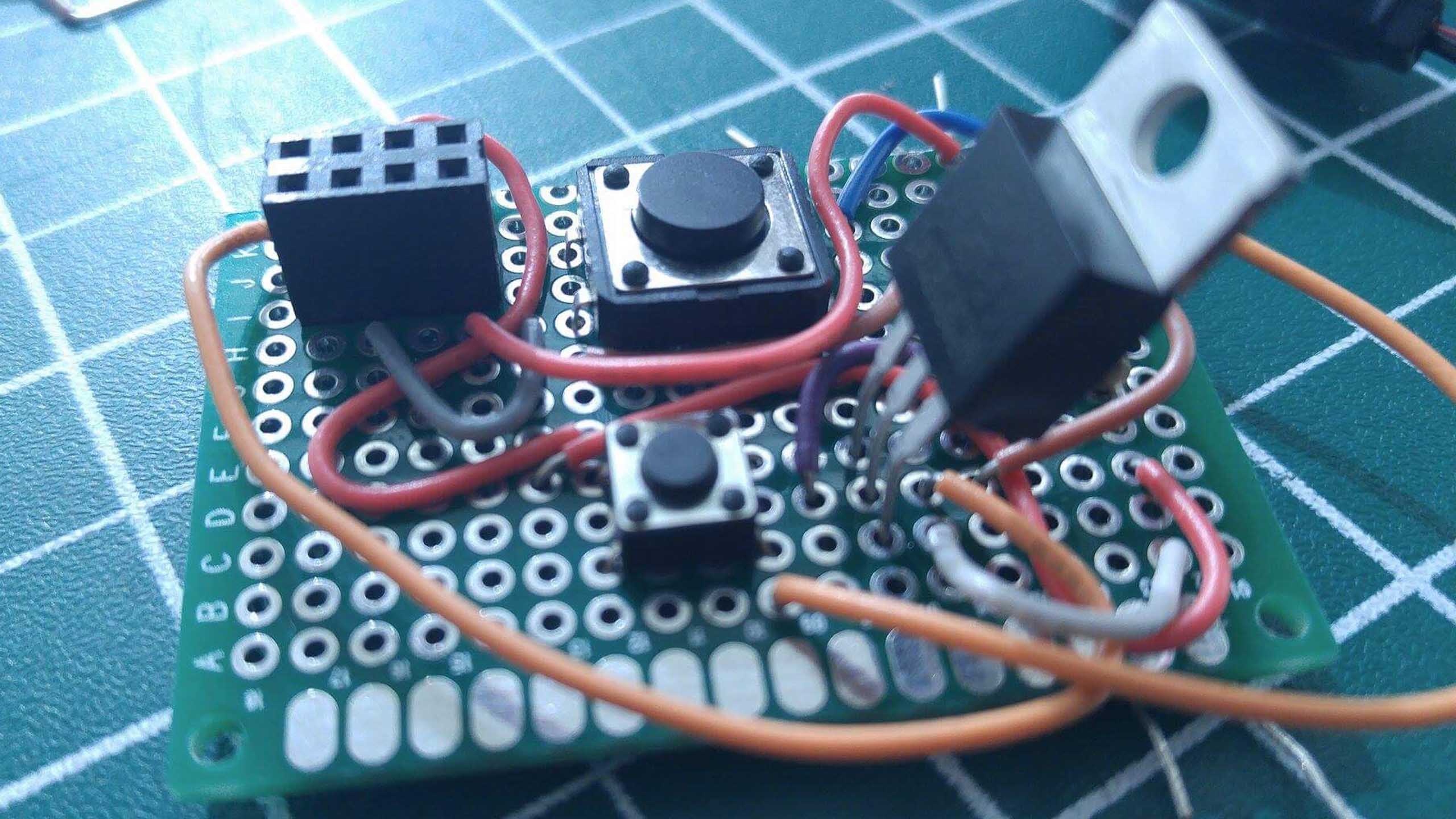 Using the tech the Ryerson team designed, emergency teams in the centre can intervene when an instructor needs help controlling the class “with a push of a button,” team member Abdel Abdou said.

The device, a circular watch with button on top, will use the group chat application Slack to send alerts when pressed. The team presented a working prototype, still in bare circuitry, to Tetra last month and will have to figure out how to size it before taking it to watch form.

A programmable circuit board interprets and sends the button-press. Using the open source coding platform Github, the team aligned their product with traditional alert systems like Life Alert, which people can use to get help if they’re having a heart attack, Abdou said.

“I wanna say that’s the advantage to our product, compared to other people, because it’s really low maintenance, and so far, it’s mainly for non-profit organizations—where they don’t have financial capabilities to implement something,” Abdou said.

The team talked to people at the autism centre there and assessed their needs when designing the product.

“Things on the market were mounted on the wall, and they didn’t want that,” team member Camila Sanchez said. With the watch, “it’s the teacher wearing it, so she’s in full control of how it gets pressed.” Each teacher has a watch attached to their room number to use.

Moving forward, “I don’t think size is going to be too much of a problem for us,” Sanchez said. The challenge, she says, is battery cost and efficiency.

“The chip tends to eat up a lot of [energy], so making a rechargeable battery but still staying within budget … that’s probably gonna be the hardest part,” she said. So far, the prototype costs under $50 to make. 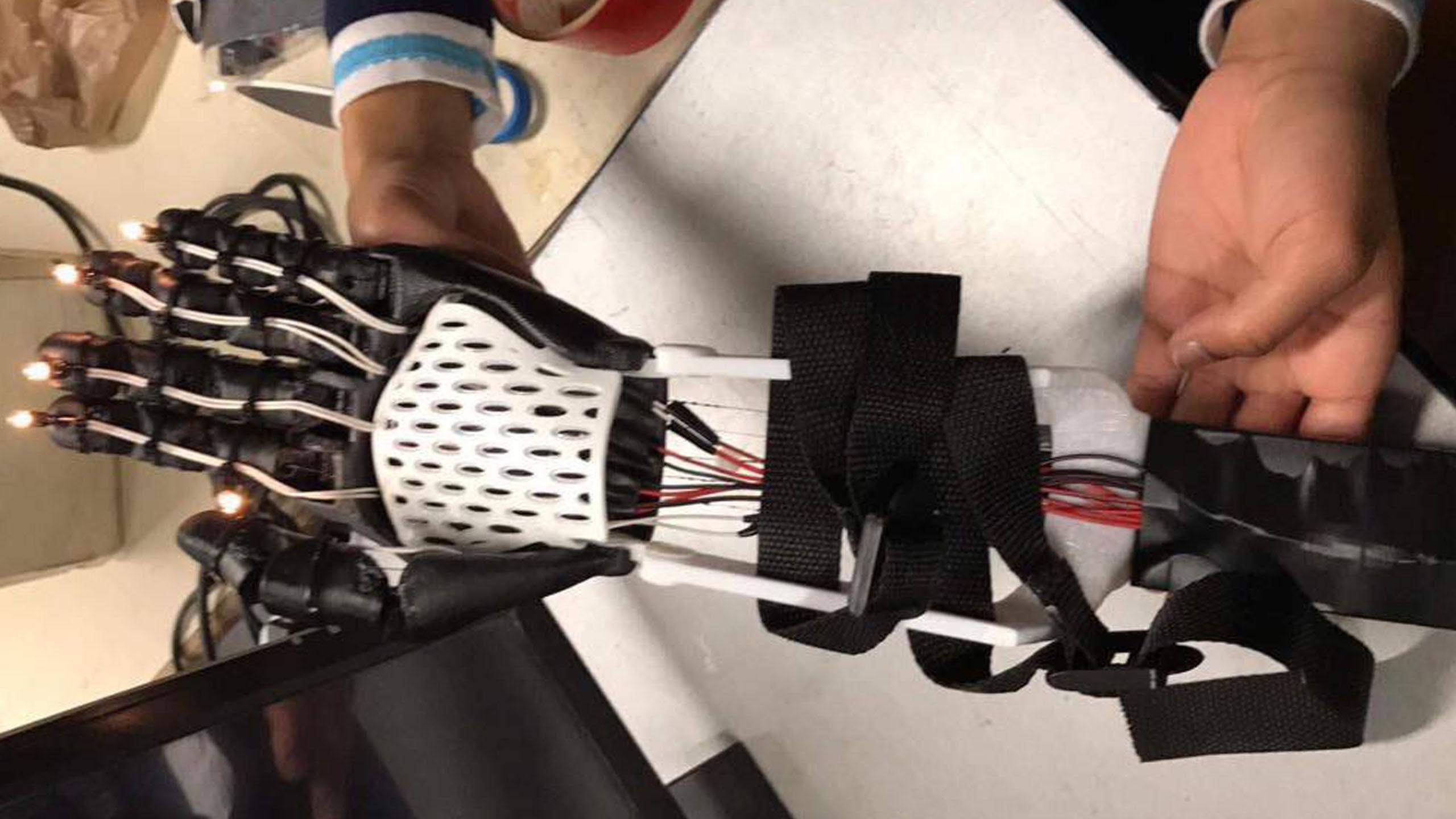 Inspire Motion is a team of four people working to create a prosthetic hand that’s durable and easy to use.

The team is working with a patient in St. John’s Rehabilitation Hospital who lost his arm but wants to continue farming. “He’s going to be using our prototype to continue as if nothing ever happened,” member Jennifer Eshoua said.

In its current state, the design costs less than $20 and comprises of flexible and rigid 3D-printed plastics and LED lights that are wired to the fingertips. The limb has fasteners below the elbow and near the wrist. Electrodes and related circuitry are still separate.

The team has prepared the arm for control with a circuit to measure muscle contractions using the electrodes.“When he contracts his bicep his hand will close, and when he relaxes it will open,” Eshoua said.

But “because controlling a prosthetic … is a lot of mind control, and it takes a lot out of you,” Eshoua said a member came up with the idea to attach LEDS to the fingertips and capture the arm with a specialized camera that detects heat. This will let the person control a mimic of their hand in a virtual environment for practice. “They’re playing a game like they’re trying to move one ball to the other end,” she said.

“The LED works, and the circuit to measure your muscle contractions works, the connection of the two together…happens to be one of our biggest learning curves,” Eshoua said, so they are getting help.

“The doctor … whom we’re gonna see, this is what she does as a profession, so we’re hopeful that she’ll be able to merge those two things together and see what comes out,” Eshoua said. They are meeting soon, she added. The team presented the first phase of its findings to Tetra two weeks ago.