Austin is currently the executive director of student affairs at Ryerson, where he oversees a portfolio of services and programs designed to enhance students’ co-curricular experience. 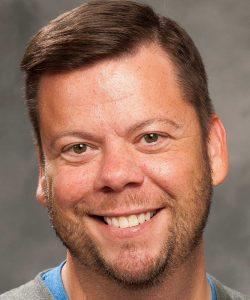 sure to the real day-to-day challenges and opportunities for success for students,” he said.

Austin has worked at Ryerson since 2011 and he has been involved with developing the university’s sexual violence policy, mental health services, accommodations for students with disabilities, increasing Ryerson’s campus culture. He is also a member of the Board of Governors (BoG).

“I would like to thank John for accepting the appointment, and wish him success in his interim role,” Benarroch said in a press release.

The vice-provost students is in charge of overseeing the Office of the Registrar,  undergraduate admissions and recruitment, athletics and recreation as well as student affairs, including health and wellness, student learning support, career services, housing, and student life.

The Office of the Vice-Provost Students is also responsible for student conduct and dispute resolution, and sexual violence support and education.

Austin will be taking over for Lane Vetere, who announced her resignation as vice-provost students on July 9, stating that her final day at Ryerson was July 28.

Lane Vetere has been vice-provost students for the past nine years. During her time at Ryerson, she has been involved in the creation of the Office of Sexual Violence Support and Education and developing Ryerson’s policy on sexual violence, which was approved by the BoG in June 2015.

On Tuesday, Lane Vetere tweeted that “Things are in good hands,” in reference to Austin’s appointment.