Ryerson’s Housing and Residence Life has introduced all-gender housing accommodations for students who applied for residence this school year.

Now students can choose from non-binary gender options and do not have to disclose their gender identity on their application, making every residence open to all gender identities. Those who choose to identify can also select from options including non-binary, two-spirited, trans male or trans female. 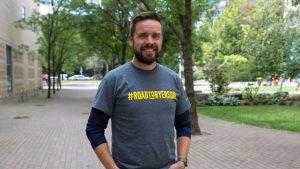 Since the new initiative rolled out, nearly half of students in residence selected the option, meaning they could room with someone of a different gender identity.

Crookshank said the move was necessary to create safe and supportive spaces for all students “that says you’re welcomed regardless of how you identify from a gender perspective.”

The previous application made it mandatory for students to select either male or female and did not provide options for those who identify on a non-binary spectrum.

Some students who identified as trans, genderfluid, non-binary, or those who were in the process of transitioning, would visit the housing office to seek out further accommodations.

“We would be trying to work reactionary to … support a student who did not feel supported by our application process or our room assignment process and felt that they needed to vocally advocate for themselves when they got to campus,” Crookshank said.

On the previous application, students could also make note in their special requirements to be given priority for single rooms with in-unit washrooms. 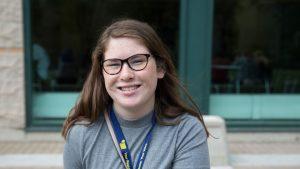 Crookshank said that while Ryerson has always tried to be an inclusive space, “when your policies don’t match that, it creates a barrier before someone even arrives.”

This is also the first year that the Ontario Universities’ Application Centres made the change that makes it voluntary to reveal your gender identity when applying to university.

The Trans Collective, an Equity Service Centre at the Ryerson Students’ Union (RSU) that focuses on advocacy and support of trans communities on campus, met with the housing department over a year ago to discuss issues trans students face in residence.  This included issues with the binary gender options from the application centre, transphobic commentary on residence, and trans students not feeling safe on campus.

While the housing office had already started to reexamine their application process two years ago, Crookshank said meeting with the Trans Collective provided a “catalyst for change” and helped reinforce that there was a problem.

For the housing office, the collective became a space where they could check in to make sure they were headed down the right road with changes.

RSU vice-president equity Camryn Harlick said as someone who identifies as non-binary, the previous application process sent a message that “people didn’t even know what my identity was.” 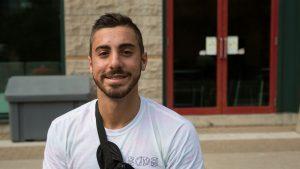 “A lot of times students who are not out as trans yet don’t feel comfortable disclosing, but they do not want to identify as cisgender either. Or for a lot of us, coming to university is the first time you get to outwardly express and … grow into our identity,” Harlick said.

Emily Mackey, a first-year English student who applied to live on residence this year, said the change to the application is an important step forward especially as the conversation around gender identity evolves.

“As society changes and more things are becoming less stigmatized, it’s important that the university and residence changes along with that,” she said.

Joey Roselli, a first-year sports media student, said he thinks the inclusion of non-binary identities as well as all-gender housing gives a different perspective of the residence and university as a whole.

He said the change brings an “openness” and comfort to incoming students which could make them choose Ryerson over other schools.

Brianne Luke, a first-year performance production student, said making it voluntary for students to reveal their gender identity allows them to feel like they are not being judged.

“They don’t need to feel worried that they need to explain themselves or have people inquire about them in ways that they are not comfortable explaining,” she said. 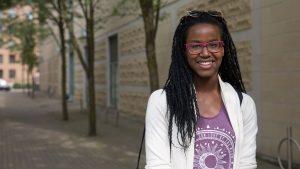 While the changes to the residence application may seem small, Harlick said they mean a lot to students whose identities are not being recognized.

Crookshank said starting the conversation about all gender identities from the day students apply to residence will help reinforce a more gender inclusive community.

“It shouldn’t be a surprise to anybody that is coming to live here at Ryerson … that we are an inclusive and supportive space,” he said.