The team huddles together after scoring a point

The Ryerson Rams won their OUA semi-final on Friday, beating the Western Mustangs 3-1 to advance to the OUA Championship game Saturday night.

The Rams swept the Mustangs in their only meeting of the year in early January.

After a sweep last week over Waterloo in the quarter-finals, the Rams were met with some adversity early in this contest, and they dropped the first set 25-21.

It was the second year in a row for this Western team to be playing in the OUA semi-final against an undefeated team on the road, and their experience showed.

“They showed up to play,” said Ryerson coach Dustin Reid. “I don’t think we were as prepared to start the game as they were and it showed, their numbers weren’t much better than ours, they just applied more pressure and we weren’t ready to deal with it.” 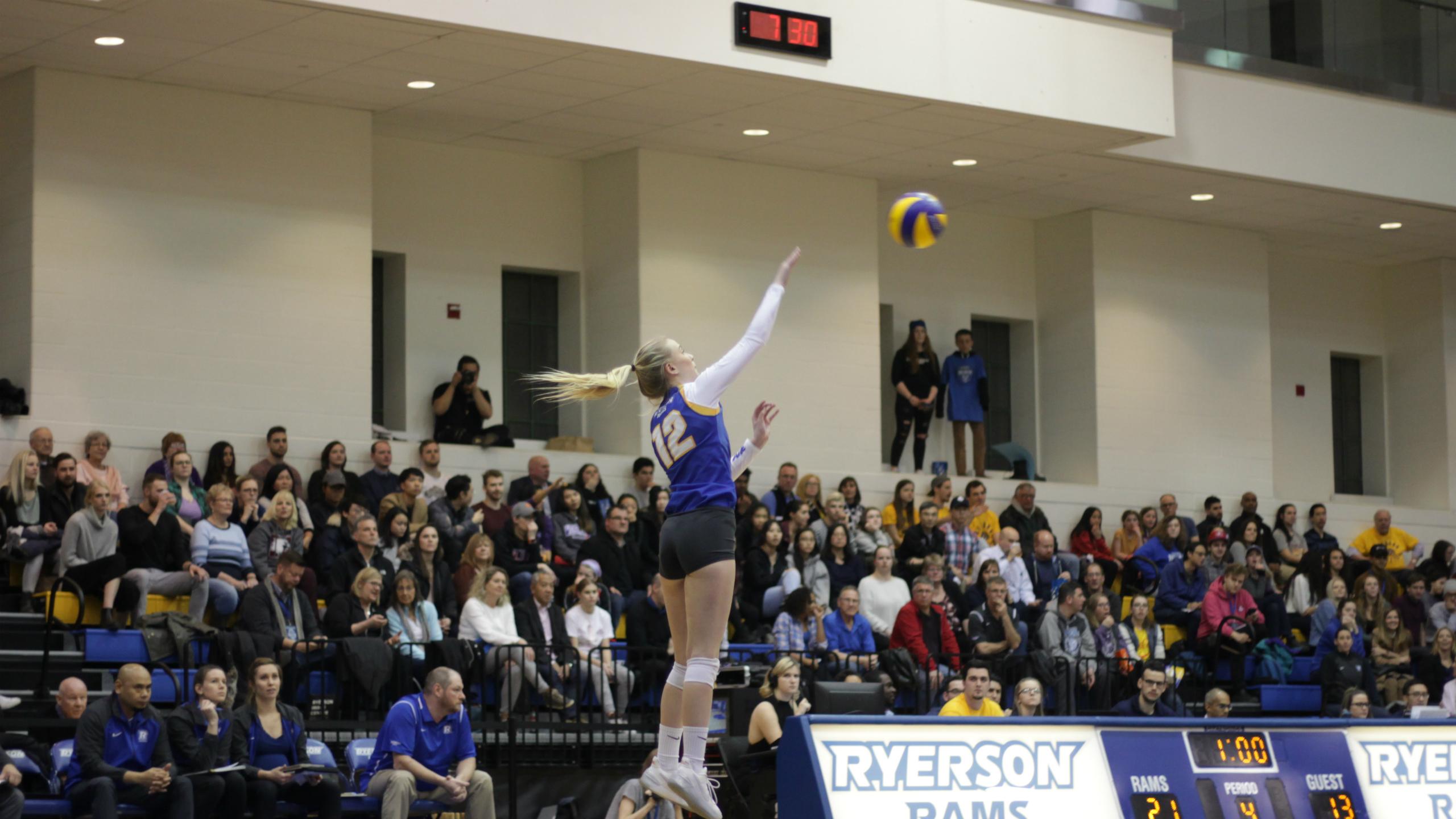 The Rams got back on track in the second set, jumping out to an early lead and riding it to a 25-16 set win, tying the game 1-1.

“In at least five or six of our matches this year we dropped the first set,” Reid said. “We weren’t concerned going into the second, we just had to sort out how we were going to play.”

The third set saw the Rams once again jump out to a small early lead. With the score 9-6 for Ryerson, the Rams were able to break the set open with six straight points. Serving for the Rams during the run was first-year middle Lindsay Kleuskens, who chipped in with two service aces on the six-point run.

It was all Rams in the fourth set, sprinting out to an 8-1 lead and they proceeded to close out the match winning the set 25-16.

Reid attributed some of the Rams success in the second half of the match to an improved service game. “We served a lot better [after the first set], it made it harder for Western to get the ball to their best attackers.”

A key contributor for the Rams was second-year outside hitter Lauren Veltman; her 20 points were a game high.

Not to go unnoticed was the other Veltman in the game. Kelsey, a middle for Western and Lauren’s sister, had 16.5 points of her own.

Veltman was happy to be playing her sister in an OUA semi-final.

“It feels amazing, we match up so well against each other it seems like a battle,” she said. “When she gets a kill, I get a kill, and it’s just such a great feeling because we’re both doing what we love and having fun doing it.” 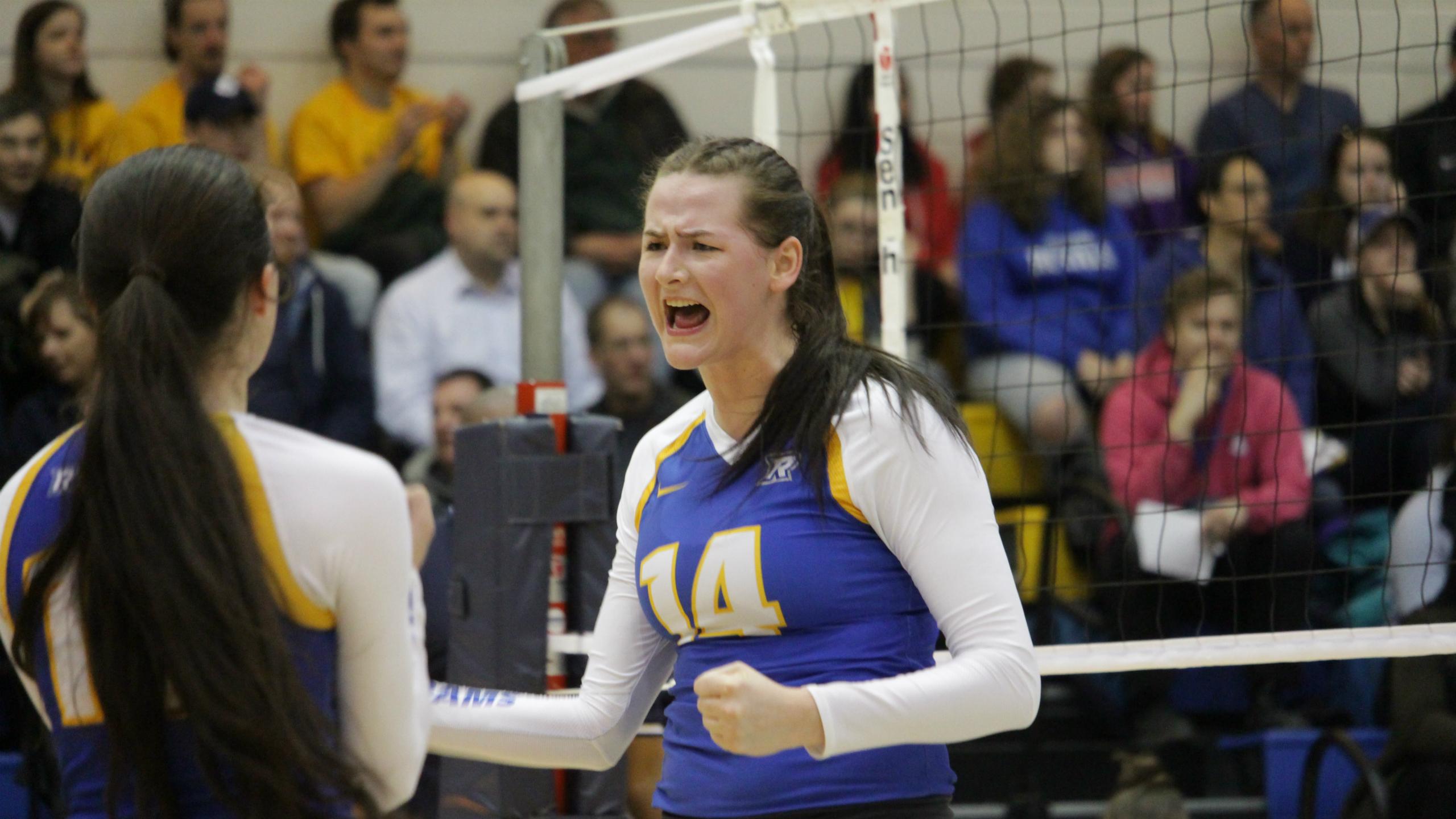 Lauren Veltman finished with a game-high 18 kills in the match (Photo: Brent Smyth)

Veltman also talked about the feeling of outscoring her sister in the contest with a big smile on her face and chuckle. “She’s always been up top, so it feels good to show that she’s not the only one who can hit some balls.”

UP NEXT: The Rams will look to ride the momentum of their 3-1 victory into the OUA Championship game Saturday night at 6 p.m. at the Coca-Cola Court with a trip to nationals on the line.