The Supreme Court of Ontario has ruled that intoxication can be used as a defence in sexual violence cases in late August.

“[This defence] puts so many students at risk and in danger. So many predators and perpetrators will not have legal consequences for their actions just because they were intoxicated,” said Vanessa Quon, a handling editor at the New Wave Magazine, a feminist publication at Ryerson. “It’s really frustrating.”

Justice Nancy Spies presided over the defence in a case where a Toronto man, in a drunken state, sexually assaulted a woman. This case set a precedent that if the accused can prove they were intoxicated to the point of being unaware of their actions, it is possible that could be used as a defence for sexual assault.

According to a report conducted by Carleton University, over half of all post-secondary sexual assaults involve drugs or alcohol.

Hana Shafi, a Ryerson graduate, led an Art and Consent workshop at Ryerson last week. In an interview, she spoke on the double standards regarding intoxication and sexual assault.

A report issued by The Sexual Assault Centre in Hamilton showed that one in three Canadians understand what sexual consent means. 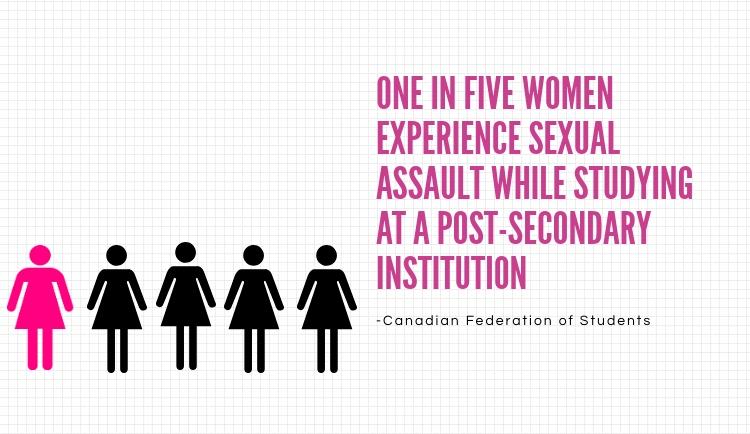 The recent ruling comes after Ford’s new sexual education model, based on the 1998 syllabus. It doesn’t mention consent, same-sex relationships or non-binary identities, among other things. Some students are concerned that this could pose a threat to future education on consent.

“By removing consent we are essentially being told that consent is not important – that it doesn’t matter,” Zaynab Dhalla, third-year social work student and coordinator at the Sexual Support Survivor Support Line at Ryerson said.

In the most recent survey conducted by the Canadian Federation of Students in 2015, women aged 18-24 experience the highest rates of sexual assault in Canada, and one in five of women experience sexual assault while attending a post-secondary institution.

Students are encouraged to remain educated on their rights and be cautious of signs of sexual abuse, according to Ryerson’s Consent Comes First campaign. They can take action against sexual violence by ensuring to “support survivors, when they disclose, prevent and address sexual violence.” Ryerson’s Office of Sexual Assault Orientation Checklists also gives students some pointers on staying safe.