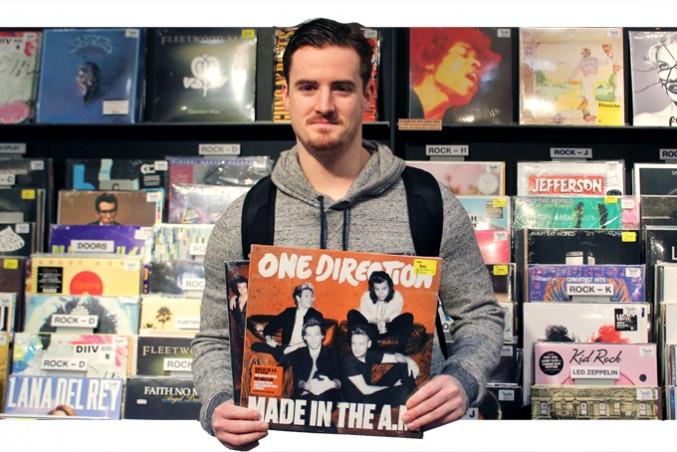 Anyone who follows Ryerson hockey knows Kyle Blaney has been a key part of the Rams’ success this year, but few know how challenging  his road was to get to where he is.

Before coming to Ryerson, Blaney played with the Oakville Blades of the Ontario Junior Hockey League. He was one of the team’s top scorers, putting up 99 points in three seasons with the team

“I had a couple offers to play NCAA and Graham [Wise] called me asking if I was coming. It was my birthday [in August] and I hadn’t decided yet,” Blaney says. “I was back and forth in emails with Nebraska, a Division One team and I was talking about going down for a visit and their school was starting in five days.”

But ultimately, Blaney decided that a combination of having Wise as a coach and the new Ryerson facilities were enough to convince him. Blaney loved the electricity surrounding the team and the ability to play in the newly renovated Maple Leaf Gardens.

“[It was] exciting. It was our first year in the new building so a lot of the hype was around that. You could see it in teams that would come in and play, they were mesmerized by the arena and we were kind of in the same boat,” he says.

“It was tough for him, but he came back and he’s been arguably our best player”

That season he put up strong numbers with the team, scoring seven points in 12 games.

However, at the start of his second season, Blaney found himself in a position no hockey player ever wishes to be in.

Just before the start of the season, head coach Graham Wise came to Blaney with some hard news. Wise told Blaney that he hadn’t made the team for his second season, and would be sitting out for the year.

“It was a big adjustment for me personally as more than just a hockey player. You go from playing hockey your whole life to not playing it at all,” says Blaney. “It just literally didn’t exist to [me]. I didn’t watch hockey on TV and I thought about transferring [out of Ryerson].”

Blaney’s family members also understood how much the game meant to him and how the change affected him. “Hockey is everything to him,” says his father Paul. “For him to not want to talk about the game, or even Ryerson or any of the other CIS teams … it was strange.”

“I was shocked he got cut,” says his brother Ryan. “It was definitely the most important thing in his life. He was devastated.”

According to OUA rules, Blaney would have been allowed to void his commitment to Ryerson since he was no longer playing on the team. However, instead of leaving the school he decided to dedicate himself to improving and getting ready for the start of the next season.

“I really dedicated myself to the gym and eating right that summer and I came back and made it a pretty easy decision for Graham to put me on the team,” he says.

Wise has been extremely impressed with Blaney since he returned to the team, and notes the key role he’s played since his return.

“We know that was tough on him but if anything you can say it’s a life lesson. He came back in great shape chomping at the bit to play, and he’s been great for us since he came back last year,” says Wise.

Since returning in his third year, Blaney has put up 41 points in 33 regular season games with the Rams. Veteran forward Mitch Gallant noticed how Blaney was able to turn his game around and become such an important piece of the team.

“It kind of lit a fire under him,” says former teammate Gallant. “I know he felt down for a while and it was tough for him, but he came back and he’s been arguably our best player.”

When a player is cut from a university team, many decide to change schools or hang up the skates altogether. Instead, Kyle Blaney decided on a different approach, taking the experience and using it as drive and motivation to come back even better the following season.

And as Blaney laces up his skates before every game, One Direction blasting through his earphones, the knowledge that hockey is never a guarantee weighs on his mind. But so does the fact that the road he’s taken to get to where he is has made him a damn fine hockey player.