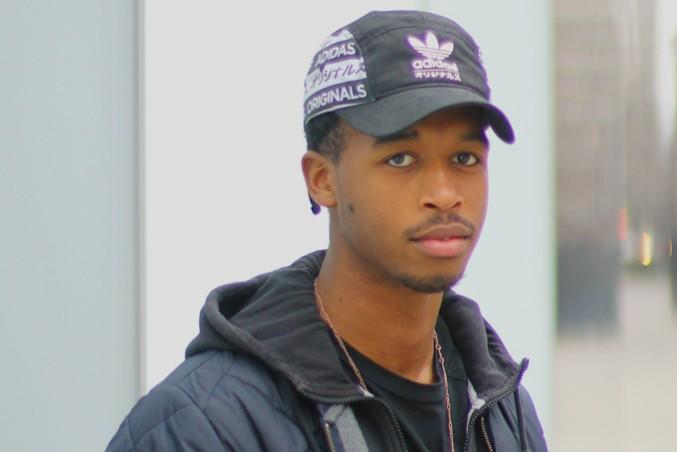 As Raheem Rose shuffles through his Yu-Gi-Oh cards, his face lights up as shiny decorative monsters slip by, and once and awhile he pauses for a moment to linger on what must be a favored card. For the guy who was just named OUA East soccer player of the year, it’s all about a card game.

The second-year Rams winger is coming off a season most athletes would only dream of. Rose led the Rams with nine goals in 15 games and to top it all off, helped lead Ryerson to a berth in the OUA final four where they lost to McMaster University.

Rose’s teammate Kyle Stewart was not surprised at all with the success of Rose this season.

“He’s one of those guys where you kind of look for some magic,” Stewart says. “He’s so versatile, in his first year he played the wing, this year he played center mid and he also played some striker. Wherever we need him, he is there.”

Rose had a breakout in the second season with the Rams, but success didn’t happen overnight. In his first year with the Rams, the transition from rep and high school-level soccer to OUA and CIS was something that Raheem had to adjust for.

“What changed drastically for me was the system with Herman (my rep coach), he focuses more on the individual aspect of the game,” Rose says. “But with CIS and with Ryerson, they have this whole defensive system where, if you don’t operate as a unit, then nothing will work properly. So it was really hard adjusting.”

In addition to trying to adjust to the different style of play at the University level, Rose also found himself battling for a position on a team that already had a strong attacking line.

“On North Toronto, I was a constant starter. Coming to CIS with Ryerson, I wasn’t playing as much as I did with North Toronto so I was kind of upset, but you adjust,” says Rose.

Ultimately, both striker Luka Lee and Rose were important parts of the Rams offence in the 2014-15 season and continued to split time on the wing that season.

Rose was determined to find a permanent home in the starting line-up for the Rams. After playing a full season with the Rams on the wing, Rose transitioned to play in the center midfield, the same position he played prior to his time with the Rams.

This year the center midfield position was up for grabs and Rose was more than willing to fill that role. After convincing the coaches that he could play that position, he was given the starting role.

Rose understands that with his success comes more  responsibility and he knows that coming into next year, he’ll need to be able to be that source of motivation and leadership for the team.

“I don’t want to just lead by example but I want to lead with a voice,” Rose said. “My leadership skills are really what I’m working on coming into my third season.”

“I don’t want to just lead by example but I want to lead with a voice,” Rose said. “My leadership skills are really what I’m working on coming into my third season.”

Teammates are even seeing the difference in Rose leadership.

Off the field however, Rose’s interest in Yu-Gi-Oh  — something his teammates made sure was known — dominates his passion and most of his free time.

“He absolutely loves Yu-Gi-Oh,” says Lee. “All he wants to do is duel!”

“In the rankings on our team, I think he is top three,” says Stewart. “He has all different types of decks and he’s always wanting to get people to duel.”

Whether it’s a Yu-Gi-Oh match or a OUA Final four soccer game, Raheem Rose of the Rams men’s soccer team is always ready to play and bring his best. Rose has major plans for the duration of his time as a Ram, putting in the necessary work to take on a larger leadership role as the Rams come together for the duels that begin in August. Duels that Rose is all too familiar with.