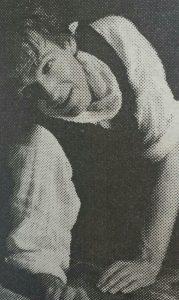 There’s water, boats, and mushy love stuff going on, but it’s not Titanic. There’s beauty and tragedy, but it’s not Braveheart. It’s Oscar and Lucinda, the film based on Peter Carey’s award-winning novel.

Set in the Victorian age (think puffy dresses and breasts up around the chin), the story unfolds against the backdrop of the breathtaking Australian countryside. Ralph Fiennes’ performance is strong and captivating. Cate Blanchette is Lucinda, a feminist who’s ahead of her time. Blanchette’s simple beauty and sweet smile bring a fresh look to the screen.

Both Oscar and Lucinda are lonely souls who share a gambling habit. On their way to Australia to start a new life, they meet and indulge secretly in their shared weakness.

Soon they’re talking and laughing and doing that long, loving staring thing. Oscar quickly falls for Lucinda, but before he can be sure she feels the same, he makes a bet with her, wagering his life. He challenges Lucinda to build a glass church that he will transport deep into the Australian forest for a village in need. As absurd as it sounds, Lucinda accepts the challenge and the journey of love and trust begins. It is a simple yet beautiful story of two people driven by different hopes and the same dreams. They discover the world on their own and together they learn to love it.

Australian cinematographer Geoffrey Simpson paints the screen with the wonderful colors of his land’s natural beauty and director Gillian Armstrong portrays the story with passion and pride.

So if you’re into that top-hat, tight virgin kinda thing, and like films such as Howard’s End and Sense and Sensibility, odds are you’ll enjoy the humor, drama and romance that Oscar and Lucinda will provide.

Oscar and Lucinda is in theatres now. 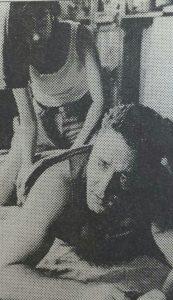 Just think of it as Thelma and Louise in the outback. Except this time the emancipated roadsters are a brawny Australian bank robber with (naturally) a heart of gold (Colin, played by Russell Crowe) and a diminutive Japanese woman (Midori, played by Youki Kudoh) who turns into an Amazon whenever Colin is in danger. He, of course has saved her from death early in the film. She, of course, is running from her bean-counting new husband.

It’s all about freedom, folks. After all, it’s a road movie, damnit. Though the cliches pile up with mind-boggling speed, Heaven’s Burning has the audience hooked for the whole dusty ride. It’s like a tabloid story where you can guess the ending from the first sentence.  You know it’s trash, but you just have to watch anyway.

The rather overstuffed script is saved by excellent performances from the two leads and seamless direction. The film hovers perilously between camp and drama, which sometimes makes for poignant moments, sometimes makes for embarrassing moments but always keeps the audience in the moment. There are some beautiful shots of the endless outback (freedom, freedom, freedom – get it?) and hilarious juxtapositions of scenes.

Crowe seems to be making a career out of playing tough guys with a soft spot for saving women. In L.A. Confidential he was the decen cop who hated wife-beaters and fell in love with a prostitute. Although the script provides few hints as to who Colin might be other than the sensitive yet muscular leading man, Crowe manages to make Colin multi-dimensional and utterly believable.

The script presents the opposite problem for Kudoh. Midori is so explicitly drawn – the docile Japanese woman trapped in her society who has unfulfilled dreams, jilted by the former lover who also had dreams coming into her own in the outback as she cuts her hair and dyes it blonde – that it takes a strong actress to make her anything but trite. With a huge dose of sincerity, Kudoh manages to do just that.

Any actress who can scream “I can breathe! I can breathe!” and mean it as she rides through the outback from the roof of a car is alright in my books.

You also hang in there because you are breathlessly waiting for the two to have sex. The noble Colin would never impose his hulking self on anyone , so the love-struck Midori is left to tie his hands with a t-shirt and encourage the poor sod.

God, I love this woman. Of course this film ends as any Bonnie and Clyde ripoff should, but Heaven’s Burning is at least highly amusing and touching along the way.

Heaven’s Burning is in theatres now.