Three of Ryerson’s brightest fashion students spent their holidays learning why Paris — and not Montreal — is famous for its fashion.

After winning the Canadian finals of the International Young Designers Competition in Montreal last November, Caroline Lim, Angie Park and Eva Bardelcik received a week-long trip to Paris for the finals of the event.

They didn’t come out on top in France, and they don’t even know where they placed, but all three students said the differences between the Canadian finals and the real thing were obvious.

“Montreal was a joke,” said Bardelcik. “It (the Canadian final) was held at an AMC theatre, and a lot of the models were obviously amateurs.

“This (Paris) was very professional.”

The fourth-year fashion students were upset over the way the Canadian finals were held in Montreal. They said they were given no time to prepare before the show and that neither the venue — the new Pepsi Centre entertainment complex — nor the models were suited for their designs.

“It takes a lot of work to put on a show,” Park said. “This one was a little unorganized.”

But in Paris, they said, everything was different.

The students were put up in a hotel in downtown Paris, and spent most of their week exploring the city. They shopped, toured couture houses, did some more shopping, sipped cocktails at the Canadian Embassy and, when they found the time, shopped.

“It wasn’t a real party,” Park said of the diplomatic treatment they received at the embassies. “But there was a lot of champagne.” 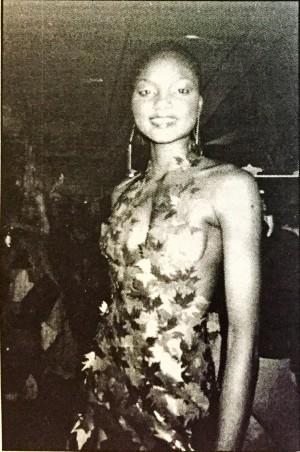 The finals, held on December 13, dampened that party a little.

Garments designed by 87 students — representing 10 countries across the world — were displayed on a runway at the world-famous Louvre by professional models.

“You can tell when a girl is a professional model,” Park said. “They just have that confidence others don’t.”

A panel of industry judges voted on the final designs.

The dresses that took the three Ryerson students halfway across the world couldn’t bring them home with first prize though. Only the winning design from each country was announced: Canada’s best was a dress created by students from Fanshawe College in London, Ont. First prize went to a student from Peru.

Despite the loss, the trio said they were grateful for the chance to show their dresses to the judges under optimum conditions, something they felt was missing from the Canadian finals.

“It was nice to see our garments presented on the body type we actually designed them for,” Bardelcik said.

“I don’t want to say the show in Montreal was awful — because it wasn’t,” Park said. “But in Paris, everyone in fashion is professional.”