Traditional portrayals of women in media are being contested in an exhibit at the Ryerson Image Centre (RIC).

Anti-Glamour: Portraits of Women is a new exhibition at the RIC challenging “historical norms and tropes that often reduce women’s individuality to a recurrent iconography of vulnerability and seduction.”

“Women have more to bring to the table than Hollywood makes it seem,” says Gaëlle Morel, the exhibition’s curator. “Women, historically, had a very fixed role in society: they produced children, they had no opinion and no outlet for creativity.” 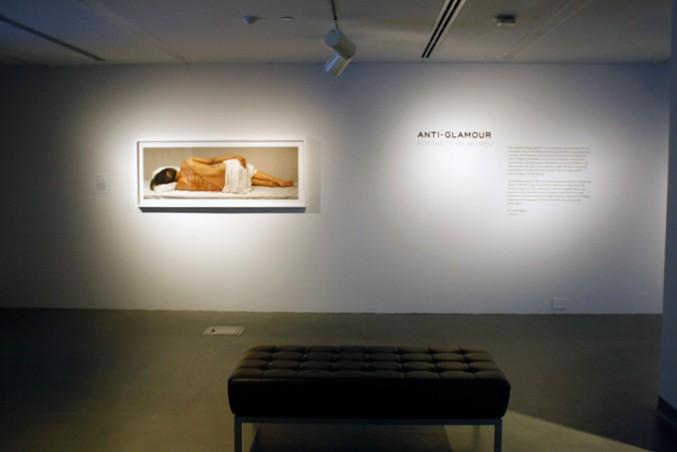 The exhibition investigates why women are depicted as vulnerable or seductive. For example, the iconic “femme fatale” trope in noir films is a female with mysterious sexual qualities that overpowers men and sometimes leads them to their demise.

Morel said the image hasn’t improved since then. She said the exhibition seeks to “propose a different and more critical approach” towards conveying women in media by tearing away this narrative.

The art show features self-portraits, stills, and video and audio loops illustrating traditional roles of women in the household and in popular culture. Leccia’s Nymphea, for example, depicts a woman seemingly drowning in a calm, flowing stream of water.

One video shows Zahiri rubbing sugar cones together above her head in protest of her forced marriage. The act is also an Iranian wedding ritual.

Morel said the art “turns the image on its head, both poetically and politically.”

The Anti-Glamour exhibition runs until April 5.