If you were given a limited amount of time to come up with an airtight business plan, would you pull it off? Would your plan stand up to scrutiny by a panel of high-level business people?

Ryerson business students from many diverse backgrounds converged on Ted Rogers School of Management (TRSM) to take part in the seventh annual Battle on Bay.

Battle on Bay has been hosted by the Ryerson University Finance Society (RUFS) since 2008, and has grown to include 13 participating business schools from across Canada.

The event was two days of seminars, making connections and competing to see which school had the best minds at work. 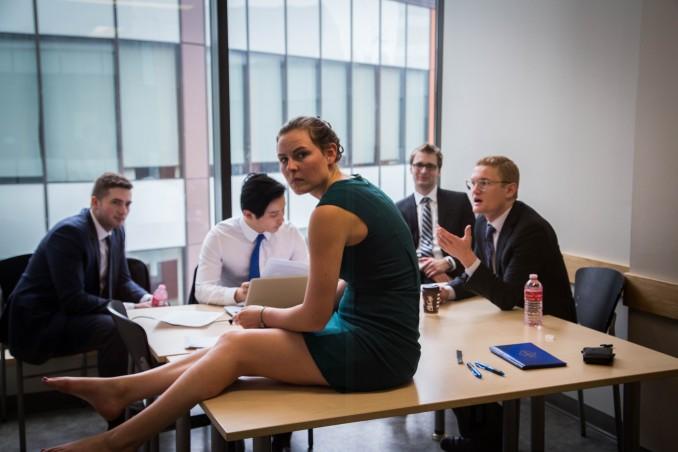 “We wanted a theme that was more publically accessible so that the case competitors would have more of a feel for it and search up info for more easily,” said Patrick Inacio, co-chair of RUFS.

“So we went into our professors office and opened a newspaper and the first thing we saw was the ring of fire in Northern Ontario and we automatically thought, we are going to do mining.”

The main event was the case competition. The teams were given the same scenario involving a fictional rival mining company encroaching on their own fictional mining company’s business with $3000 on the line for the first place team.

Five teams, which in keeping with the mining theme were named after minerals, were chosen, at random, from the participating schools to present their plan for dealing with the “crisis”. 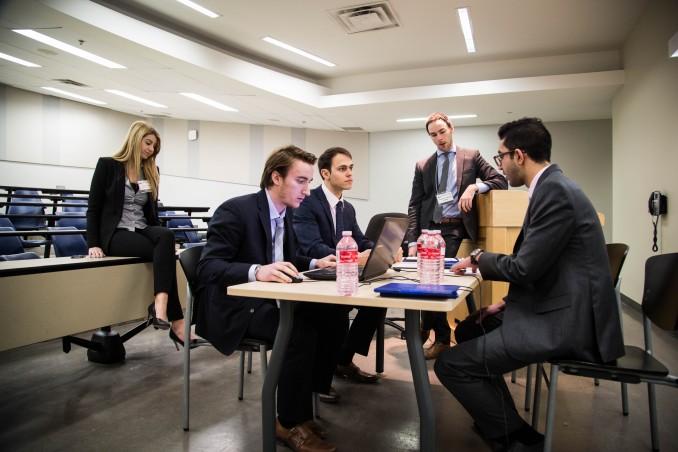 “Did they answer the questions, how was their deportment, did the whole team participate, were they responsive in the questioning period, did they get caught in a trap or did they find a way out? There’s a wide variety of things we look for,” said Ernie Lalonde, a judge at Battle on Bay as well as senior vice president of mining at Dominion Bond Rating Service. “The least import thing in our analysis is a right answer because there is never a right answer.”

Schulich’s team, named copper, won first prize for their presentation. Team member Ron Burshtein attributes his group’s victory to being succinct. “I feel that we had a very concise and concrete idea of what we wanted to present. We had very few slides and were able to get our idea across.”

Johnathan Kim, who not only represented Schulich last year but also won as well, talked about why they worked so well together. “We come from different backgrounds, Jawad (Shujaatali) is in management consulting, Ron is in investment banking and I have a background in equity research. We all bring something interesting to the team.”

“We have different schools talk highly about Battle on Bay or about Ryerson, if that reputation carries on then they would approach us to volunteer as delegates or judges,” said Karen Huynh, the other co-chair of RUFS. “It took months of planning and to see our vision come true it makes us feel we’re on top of the world.” 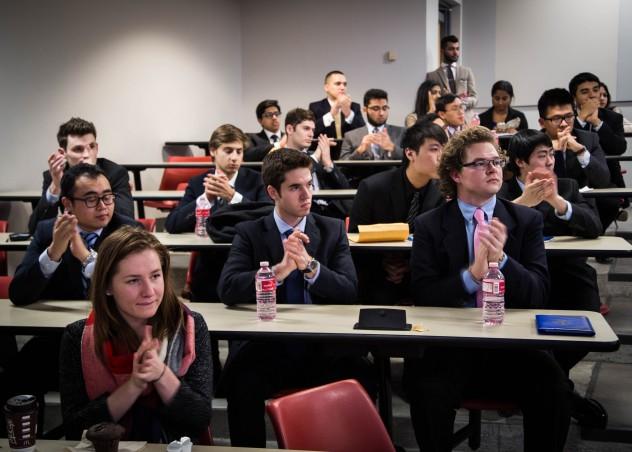