Two years after the initial known case of Ebola, Guinea and Sierra Leone remain at the centre of the epidemic. Ryerson assistant professor Jordan Tustin and nursing graduate Nancy Graham have been providing aid in the West African nations, and say the fight is far from over. By Farnia Fekri

Thousands of miles away from her home in Toronto, she sits in her hotel room in Kankan, Guinea. She ate her dinner a few hours ago, in the hotel. She doesn’t eat anything outside – there has to be a guarantee that her meals are cooked safely, cleanly and at the right temperature. She doesn’t tell her family this. Instead, she talks about the yule log a member of the Médecins Sans Frontières (MSF) team brought to dinner.

In a few hours, she’ll forget the holiday spirit in the chaos of being an epidemiologist at the heart of the biggest Ebola outbreak in history.

She’ll begin working at around 8 a.m. and won’t stop until she goes to bed. She’ll study the patterns and trends of the disease, as an epidemiologist does, hoping that no new emails about suspect patients come in. She’ll fight the battle from behind laboratory words like “contact tracing,” “chain of transmission,” “control measures” and “infection control.” She deals with a lot of words that strain for control – but some days the outbreak seems uncontrollable.

Later on, this will leave her unable to remember the tiny details and names. The long days blur together, she says, because of the tension of “an emergency situation under really stressful circumstances.”

She’ll reaffirm the importance of her work when she travels to pay her respects to mourning families.

She won’t understand much of the ritual – it’s in a local dialect – but grief and senseless loss need no words.

“It makes you realize how important this international response really is,” she says. That emotion will colour her mission to educate people, as much as she can. She frequently has to remind them that Ebola’s not airborne. That “it requires close contact with an infected person.” That they shouldn’t nurse their own sick. That they shouldn’t bury their own dead.

She’ll say all of this from a two metre distance, without ever touching them. This is a control measure meant to protect the workers fighting Ebola – a technique they call “social distancing.” It’s not easy for her, but she knows it’s the only way.

“You go in knowing that this is what you’ve signed up for,” she says. “I mean, really, nobody can rest in the field until Ebola is down to zero.”

Tustin, 35, was one of the many international emergency respondents in Guinea.

She was there on behalf of the World Health Organization (WHO) until Jan. 11, working with a team of Guinean doctors and driven by what she refers to as “a duty to respond to this emergency.”

According to Tustin, there are a host of organizations such as the Red Cross, MSF, UNICEF and the WHO that are in West Africa helping to fight Ebola.

“In Kankan, we had a meeting every day at three o’clock where all of these players would get together to discuss the situation, what’s going well, what’s going wrong, what needs to be done,” she says.

The real carnage ensues not when suspects test positive for Ebola, but when communities are unaware of what they’re being exposed to. Tustin recalls a female victim in her mid 20s who died in the hospital without being tested for Ebola by the staff. By the time Tustin and her team had pulled up in their khaki truck, the hospital had given the body over to the parents, who had taken their daughter back to their village. 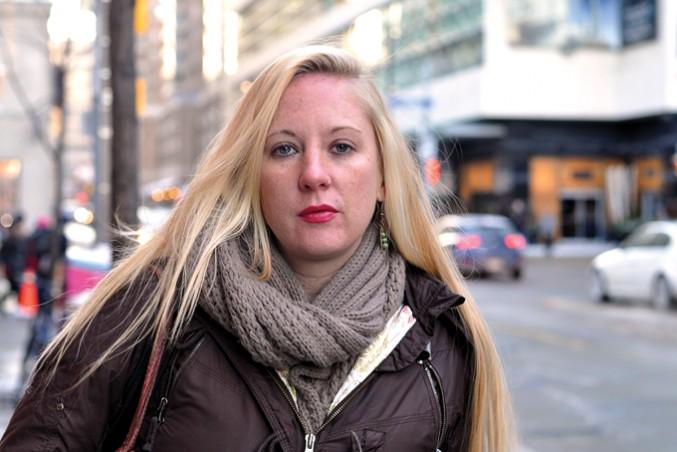 “When something like that happens, it’s so frustrating,” she says, remembering that the woman’s body had been washed, according to burial rituals, and would soon lead to the funerals of other relatives.

It would leave dozens of villagers in danger, lock several hospital staff in quarantine, and result in a list of new names that Tustin’s team would have to monitor for 21 days.

That is the length of time that professionals call “the incubation period.” If by the end of this time the individual is fine, then they’re safe. Otherwise, they’ll develop a high fever. Their throats and heads will ache, before facing vomiting and diarrhea. They might even experience internal and external bleeding.

If they’re admitted to the hospital in time and given supportive therapy, they might recover. The other alternative is feared across the world.

But this is not humanity’s first encounter with Ebola – its first recorded appearance was in 1976, with one outbreak in the Sudan and the other in the Democratic Republic of the Congo, close to the Ebola River that lent the virus its name.

The most recent and notable presence of the virus, branded the Ebola virus disease (EVD), is said by WHO to have started in late 2013, in the small town of Meliandou, Guinea, where an 18-month-old boy died after two days of high fever and vomiting. Members of the boy’s family then started to die. Then the doctors, nurses and fellow patients. And everybody in between.

It was on March 22, 2014, according to the WHO website, that the disease was finally identified as Ebola. While previous outbreaks had usually taken their first and last breaths in Central Africa, where institutions were familiar with the disease, countries were much less prepared for the battle when the deadly virus raged across West Africa. “Populations could not understand what hit them or why,” describes a WHO report released in January 2015.

In Guinea, there have been roller coaster flare-ups and dips in the number of cases over the past few months, with the worst levels of transmissions starting in mid August and continuing for the rest of 2014. The WHO website credits the epidemic with more than 22,000 cases and 8,810 deaths in total. About 3,000 cases and 1,910 deaths have been in Guinea. There have been 10,518 cases and nearly 3,200 deaths in Sierra Leone.

Nancy Graham, who received a nursing degree from Ryerson in 2000, worked in MSF’s off-white tents in Sierra Leone for five weeks before coming home to Toronto on Dec. 15. In the blistering heat of the Kailahun district, she donned her yellow Personal Protective Equipment (PPE) every day before starting her shifts as a nurse.

Along with two other people, she would be assigned to one of eight tents, with each tent lined with  eight beds. Sometimes, she would find her patients crying. Unable to speak their language, she would sit beside them – not too close to their face, in case they threw up – and put her arm around them. All the while looking like a character out of Breaking Bad.

Graham remembers the suit as “a giant plastic bag over your body.” Covered head to toe with a hood, gloves and goggles, she would take her suit off after an hour in the tropical heat to find her scrubs soaked with sweat.

“You can only stay and look after patients for a maximum of 45 minutes to an hour,” she says. “Or else you’d collapse.”

Even still, both Graham and Tustin feel that their training prepared them for their tasks in a way that made them feel safe.

Of all of the people employed by MSF, Graham says 24 caught the virus and about 14 have died, none of whom were international respondents. 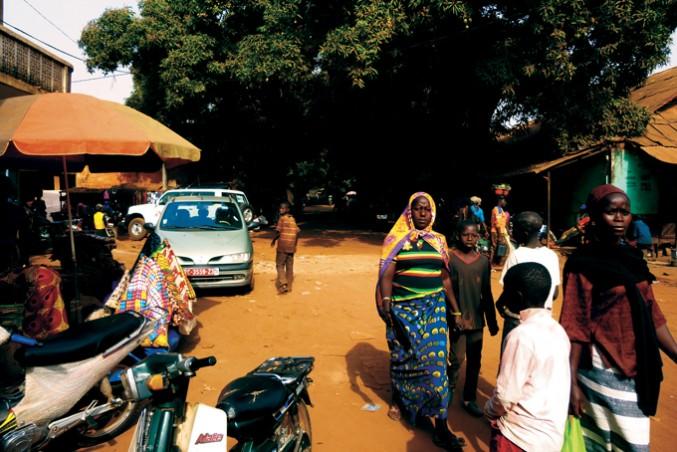 But workers have found new hope after what Tustin refers to as a “no-touch New Year’s.” There were fewer emails and trips to investigate suspect patients. At least in Guinea, there was a decrease in cases, leaving responders with the impression that they had outlasted the climax.

And people are surviving. Every day. As the number of cases decreases, hope blooms again in West Africa.

A recovering patient clutches her transistor radio in one of the tents in Kailahun.

Suddenly, the familiar tune of Céline Dion’s “My Heart Will Go On” fills an unfamiliar place. Graham starts to sing, her voice muffled by her suit, coaxing smiles from the patients.

“Even though I’m covered and looking like I’m a space person, they could see that there’s a human there,” Graham remembers, laughing. One of the patients speaks to Musa, a Sierra Leonean clinical officer working in the tent.

“What is she saying?” Graham asks Musa.

“She’s asking if we can dance to the Céline Dion song,” she remembers him replying.

“So Musa and I, both dressed up in PPE equipment, started dancing together.”

Despite such successes, Tustin insists that international attention is crucial until the modern Ebola outbreak is history. For her, this disease is only an indication of a much more insidious problem.

“In countries without infrastructure, without resources, this could happen all over again,” she says.

The lack of such resources made it difficult for Tustin and her team to do their job. It hindered their progress and presented challenges that would have never been faced in Canada. “It might sound silly, but even just being able to print and photocopy is really challenging,” she says, adding that fuel for trips to neighbouring villages was also hard to come by.

“Without that international response, none of those resources or tools that are imperative to doing your job and then ultimately controlling an epidemic would be there,” Tustin says.

“Our attention, our thoughts, our resources really need to be over there,” she says. “I think sometimes that’s lost in our thoughts about this epidemic, where we think more about our backyard than the people who are dying and suffering and really needing our help.”

Sometimes, this help goes beyond expertise and dedication. Sometimes, the mere presence of someone like Tustin is enough.

She recalls stepping out of the WHO car and into the red earth of a small Guinean village. Under the hot African sun, she approaches two young children who have just come back from a treatment centre. They’re happy to be home, happy to finally be Ebola-free, happy to see her. She asks them their names in fluent French, aware that a group of about 30 people have left their mud huts and gathered around them.

“It was nice to see the community really welcome them back because that can be a problem if you’re an Ebola case,” she explains, her voice shaking. “It was really wonderful to see these little kids happy and healthy and accepted by the community.”

In her happiness, Tustin forgets the boundaries that have become second nature to her. She forgets the no-touch rule. The “social distancing.” In a moment of raw human connection, she puts her hand up for a high five that the kids eagerly return.

“I didn’t even think about it,” she laughs. “It was such a great feeling to feel like heroes in their village and see everyone surround them.