Written by Charlotte Corbeil Coleman and Joseph Jomo Pierre, TWISTED is a modern spin-off of Charles Dickens’ Oliver Twist adapted as a spoken-word and prose production. The story is set in Toronto and explores the theme of how technology has influenced relationships and the way the world is viewed.

“[Twisted is] a bit of a commentary on how communication and relationships have evolved due to technology,” said Nabea about his first professional production .

Nabea said “the two [main] characters [named Ollie and Nancy] have only met once and the rest of their relationship is outlined via text message. It illustrates how the internet and other devices have made the world smaller in the kind of sense that you can really get to know someone just by texting back and forth.”

Nabea plays the lead role of Ollie, a young black orphan raised on the streets of Toronto, and has dreamed about being an actor since “before he knew what an actor was.”

“I kind of just wanted to be whatever I saw on TV on any given day: a fireman, police officer, a super hero,” said Nabea. “Than I found out what an actor was and realized that I can be anything and everything that I want.”

Opposite Nabea is Susanna Fournier, a National Theatre School graduate and past performer in Pride and Prejudice and Geometry in Venice, who plays the role of Nancy, Ollie’s love interest.

“Ollie has had a very weird relationship with women through his life with them constantly letting him down and Nancy is the first person he actually feels safe with,” said Nabea. “A lot of the show deals with Ollie and Nancy having these trust issues, but coming together regardless of them.”

Technology is a vital prop in the production. Throughout the entirety of the show, there is a projection of text conversations in the background which map out the dialog and plot line.

“The technology really acts as a third character in the play,” said Fournier. “Instead of acting with a live scene partner, you’re being affected by something that’s happening on the screen behind you. I’ve never performed in a production with this many technical elements, but it’s always wonderful to try something new.”

TWISTED’s director is Factory theatre’s associate artistic director Nigel Shawn Williams, who has also led the productions Every Letter Counts, Bingo!, The Bewitched, and many more.

“The  main theme [of TWISTED] is to unveil the part of the world that we hardly ever see,” said Williams. “Human trafficking, the foster care system, and the struggle for young people to have a better life and to want more. This show deals with gripping and raw themes that are happening in Toronto, whether we see them or not.”

The play also deals with less serious themes that the current generation struggle with on a daily basis.

“No one’s ever had this many text messages in a play before,” said Fournier, saying it stands out a wide array of other productions. “This piece is really speaking to right now and that’s a really special thing because it’s hard to capture a moment as it’s happening.”

“It’s hard to describe how incredible TWISTED is. It’s its own thing,” said Nabea. “The tech that goes into it and the way you get involved in character’s lives is astounding. I think that this is something that really everyone, especially in the here and now in terms of technology, can relate to.” 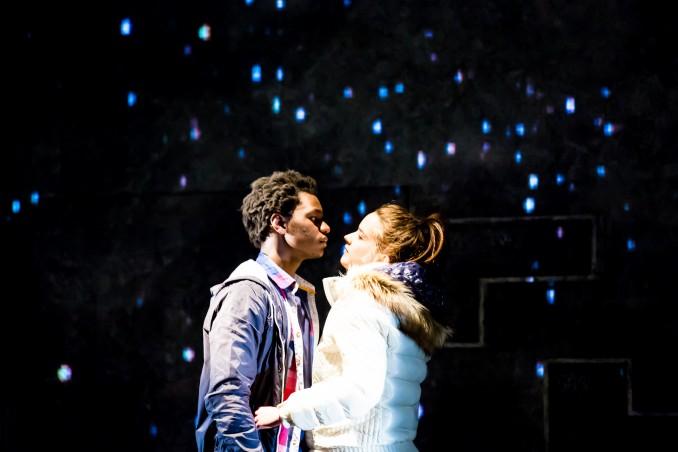 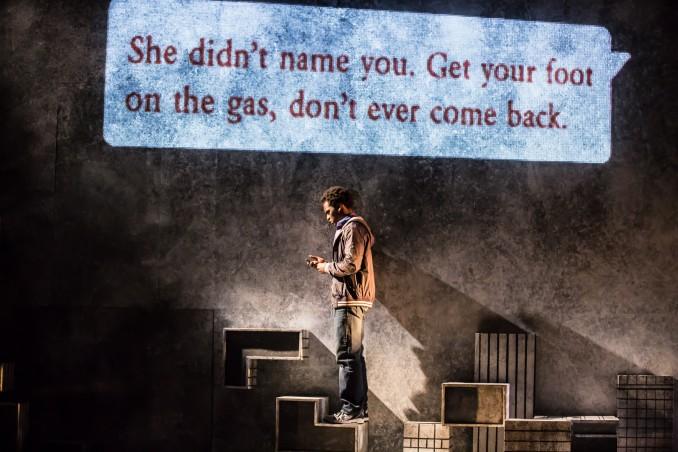