The Ryerson women’s hockey team pulled off one of it biggest wins of the year in the final game of the season to keep their playoff hopes alive. The team’s 1-0 victory over York moves them into seventh in the Ontario University Athletics (OUA) with 27 points, one ahead of Waterloo and two ahead of Nipissing.

It was a tough going to start the game on Thursday night, when Ryerson went 12 minutes into the game without registering a shot.

“I felt that with all the travel, we put in with over 1,000 km on the road and with York waiting 12 days to play, it took some time for us to get our legs going” said head coach Lisa Haley. 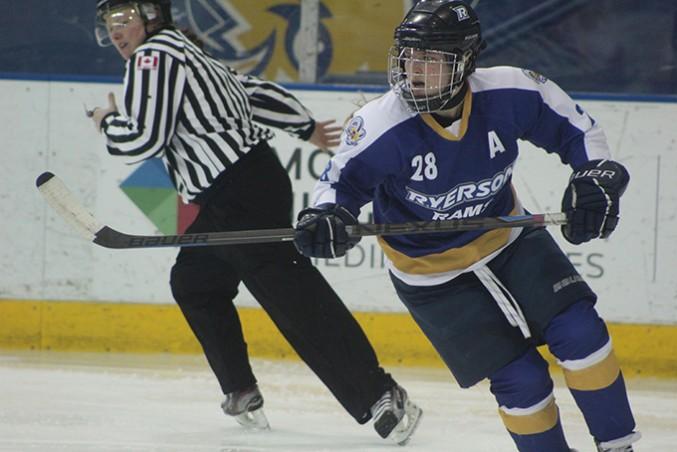 Emma Rutherford got Ryerson on the board late in the first period, scoring when Melissa Wronzberg’s initial shot was kicked out to her and she cashed in on the rebound.

“We knew that scoring the first goal gave us some security and we knew that we had to work hard as a team to keep pushing the play” said Rutherford.

Armstrong made 28 saves in the game to earn her second shutout on the season. Her best save came midway through the second when she stretched out and robbed York’s Rianna Langford on a breakaway. Langford got behind the Ryerson defence and went to her backhand but Armstrong was up for the challenge

The second period saw more end-to-end action with each team getting more opportunities but both goalies able to keep the puck out. Ryerson captain Jessica Hartwick missed a chance to give Ryerson a two-goal advantage, sailing the puck over the net.

The Rams will be keeping a close eye on the scoreboard hoping that either Waterloo loses both of their games or Nipissing loses one of their two final games. If either team ties Ryerson with 27 points Ryerson would own the tie breaker by having a better winning percentage.

If Waterloo wins one game that leaves Nipissing as the only team that threatens the Rams playoff hopes. Nipissing plays at home against Brock on Friday then Guelph on Saturday needing to win both games to secure a playoff spot. Waterloo plays its final game of the season against Laurier on Saturday.

Haley knows that the team can only wait and see what happens basically hoping for some good karma.

“I’m hoping that it will all be over tomorrow,” says Haley. “I am probably one of the biggest Brock Badger fans on the planet right now. It’s a lot easier to be on the bench and be on the ice and know that you have an impact the outcome, it’s tougher to sit back and watch it be in someone else’s hands.” 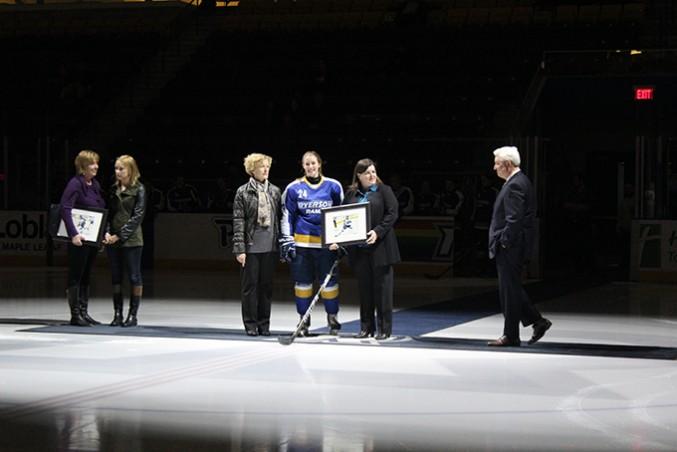