My carefully chosen belongings are sprawled across my mother’s living room floor. I corner my Swiss Gear bag and pack everything I think I need to backpack across Southeast Asia for two months alone. Elastic bands have gained friendship status as they help compress the impossible into a somewhat packable square. No pocket is left empty, no zipper is done up without some struggle.

Making sure that it’s not too heavy to break the carry-on weight limit, I try my bag on, prideful that I’ve managed to fit everything in. With a one-way ticket and a loosely-scribbled itinerary, I wave an eager invitation for the unexpected to come my way.

Then comes the part where I live out of a backpack. It’s a form of low-cost, independent travel using public transport and inexpensive lodging. This type of travel isn’t your family’s cruise vacation, intended to be more interactive with how the locals live. It’s a way to check-off touristy sights on your bucket-list while equally seeking out the unmarked path. It’s an experience that’s become a rite for many adolescents.  As it stands to be the closest claim to everlasting freedom, this lifestyle lures those born with an itchy foot – the ones who can never stay in a single place for too long.

Of course, people have been travelling all throughout history with bags strapped to their backs, but the concept of backpacking that we know today can be partially traced to the Hippie trails of the 1960s and 70s. It was popular to follow sections of the old Silk Road, a series of trade and cultural transmission routes that connected the West through regions of the Asian continent. 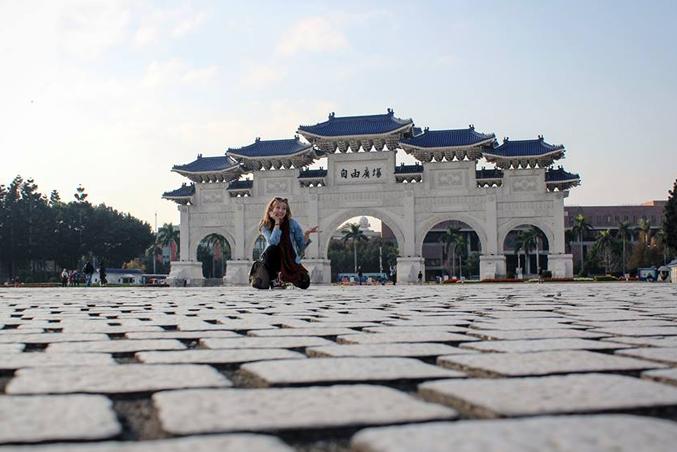 Originally named after the trade of Chinese silk, the Silk Road, extends almost 6,500 km, linking traders, merchants, pilgrims, monks, soldiers and eventually the 20th century backpacker. Over the last few decades, those routes have descended towards Southeast Asia as backpackers flock into Vietnam, Cambodia, Laos and Thailand. Sleepy towns and quiet islands suddenly transformed to accommodate the incoming influx of travellers. Homes turned into guesthouses, front porches into restaurants and buses into sleeper bunks on wheels.

This was all created to cater to the “westerner”.

Less than a day in Vietnam and this word was already a part of my regular vocabulary. All the flashing neon lights, prolonged “happy hours,” and souvenirs are meant to be bought by travellers from the opposite hemisphere of the globe. It doesn’t matter if I’m not looking for a motorcycle tour or to hop into a Tuk Tuk, I’ll still be asked dozens of times and “no” is never the acceptable answer — because being a westerner implies I have the money to say yes.

It’s an unfortunate truth and it’s something almost everyone forgets about, or chooses not to talk about. Alongside the glory of trekking mountains and sailing through bays, is the acknowledgement that as a westerner I have the privilege to travel worldwide. I have that luxurious financial freedom to bounce from one place to another, to indulge in the promotional sales and to return to a stable life when these expeditions grow old.

For me, the two most difficult questions to answer were how much my flights costed from country to country.  I knew that my plane ticket was worth almost a year’s salary for some locals and that many have never travelled past a few villages outside their hometown.

As much as no one likes to admit it and as much as I fought to deny it, being a westerner is inevitable when travelling through Southeast Asia. The backpacker never truly blends in; it’s near impossible nowadays. To actually experience the culture means you have to break away from the hostel comforts and stop carrying around a bulky DSLR or that GoPro on a stick. Yes, I’m guilty but then again, so is everyone else.

Gathered around wobbly tables, questions like, “Where are you from?” and, “Where are you going?” often lead into how we’ve all been told to go beyond our boundaries and experience something else, reminded back home that our youth has an expiry date.

Nicknamed as the wanderlust syndrome, backpackers are all apparently at risk. A Google search will diagnose symptoms such as constant yearnings, fatal nostalgia and lucid daydreams as part of this wandering-induced disease.

Wanderlust is the key word that has flung thousands across every airport, train station and bus stop in the world. Pinterest boards, online travel blogs and Instagram posts flood news feeds, urging everyone to give globe-trotting a try.

Despite the unavoidable clichés and tourist traps, travelling is worth it and far more valuable than any materialistic shrines we’ll ever invest in.

For these past two months, I’ve eaten more than enough rice and slept in bunk beds that I placed bets on collapsing. “Just go with it,” has become a motto and dodging traffic blindfolded is a competition I would feel confident in. The saying “same, same but different,” is applicable to too many things now as I try to calculate the number of temples and pagodas I’ve come across.

It all sounds like an inside joke, everything that I’ve written. That is until you, the reader, come across it yourself. Backpackers are everywhere, across every continent, writing out their own versions of the glory days.

So, if you can’t beat them, join them.