The Exide won the best band title at the event.

The Exide — a six-piece group including two guitarists, a bassist, vocalist, keyboardist and drummer – took the prize of best band.  The event had six bands play 20-minute sets, followed by comments from three judges. The judges were Ryerson radio and television arts professor Henry Warwick, Jesse Mitchell – the artist development and education director of Coalition Music — and The Eyeopener’s arts and life editor Al Downham. Each act had to feature at least one current Ryerson student.

According to Daniel Siegel, director of educational operations for Musicians@Ryerson, this year’s show was a refreshing change of pace.

“Back in November, we were thinking of venues. The Hard Rock Café came up and it seemed like a dream at the time,” said Siegel. “Last year’s was in the back room of the Imperial Pub, which was just tiny.”

Last year’s champion, The Lifers, came close to winning again by playing their light-hearted folk. The members, second-year interior design student Anita Cazzola and her sister, Elivia Cazzola, have stage presence and chemistry admired even by their competitors, Little Boxer. 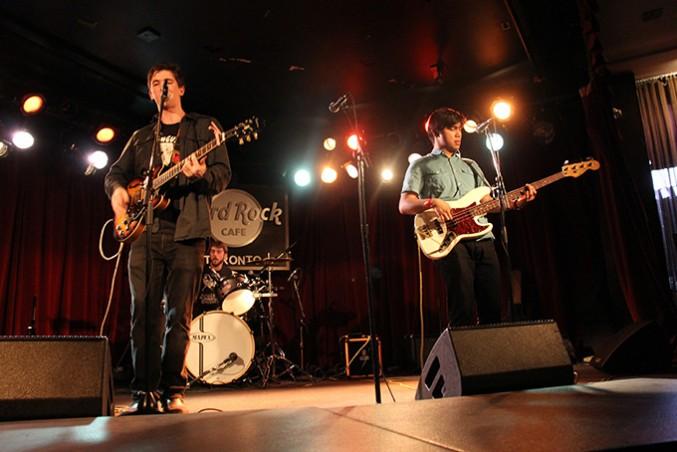 “It’s very difficult to get an entire audience’s attention when you’re a duo,” said Dave Silani, Little Boxer’s drummer. “Those two girls, with an acoustic guitar and their voices, can capture everyone’s attention in the entire venue.”

But when it got down to final judging, The Exide’s chill sound and hippie flare pants gave them a 1970’s look and sound leaving Warwick — the only judge alive during the era – thoroughly impressed. The Lifers won the best vocalists award instead.

“When we got down to our final decisions,” said Warwick, “It was between the Lifers and The Exide. While the Lifers were really, really good, The Exide just put on such an amazing show. We felt we had to give it to them.” 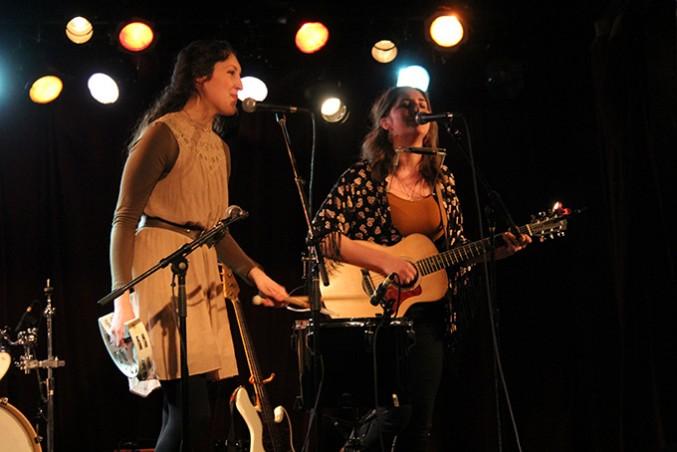 Besides The Lifers and The Exide, four other bands played. Pop-punk group The Synthetic Army opened while Under the Sun revved up the crowd mid-show. Little Boxer also played, blending folk, hard rock and the self-described “funky ass” style of bassist Juan Udarbe, a fourth-year industrial engineering student. Udarbe took home the award for best instrumentalist.

Udarbe’s bass lines were in two acts, as he’s also a member of The Blue Strays who wrapped up the night with their fusion of jazz, blues and R&B. Second-year mechanical engineering student Aarone Amino, who played guitar and sang for the Stray’s, was awarded best performer.

Despite the event’s title, the night was not a cutthroat competition. Every band said that the night was about playing music with their friends. This sentiment was expressed by Under the Sun, who had only played open mics before Thursday, but brought an enthusiastic fan base to dance to their southern-style tunes.

“Obviously winning would be an awesome bonus,” said Under the Sun’s vocalist Brendan Reid, a fourth-year arts and contemporary studies major. “But for the most part, we’re just here to have fun, jam out, get our noises out there.”