Evan Kosiner, a 2012 graduate, is the director and co-executive producer of Drake’s Homecoming: The Lost Footage, which premiered in theatres nationwide on March 19. By being involved with Rap-A-Lot Records, Kosiner was personally asked to get involved in what would be his first feature film.

“Working on the movie has been extremely fun and definitely a learning experience,” he said.

By compiling shots of the concert and interviews from Rap-A-Lot Records CEO James Prince [J. Prince], his son Jas Prince, American rapper Bun B and more, Kosiner and fellow co-executive producers Mark Berry and Robert “Kelo” Hendricks made the film.

The footage of Drizzy’s career-starting gig was a part of a contract he had with Serious Entertainment, and shot before his signing onto Lil Wayne’s Young Money l Cash Money Entertainment label. Although the footage was deleted after the show, it was restored six years later. 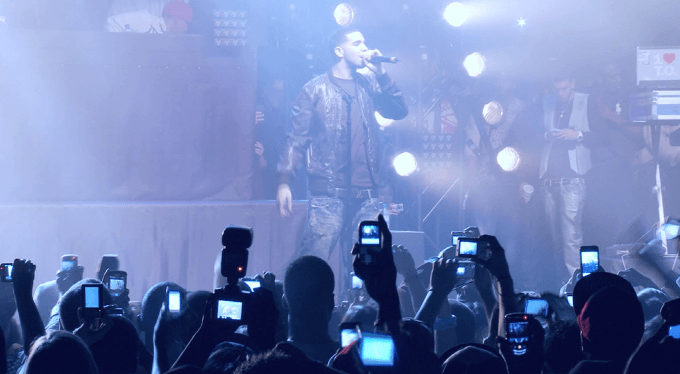 “Once [the footage] was found, [Serious Entertainment] tried to sell the footage back to Drake and Cash Money but they didn’t want to buy it,” Berry said. “So, we moved forward last year with a deal with Rap-A-Lot Records to put a movie out with the footage.”

The 80-minute film — presented by Rap-A-Lot Records, Fathom Events, SpectiCast and Young Empire Music Group — gave the audience a glimpse into Drake’s transformation from Young Angel to 6 God. Footage of interviewees shares stories on how they met or supported the young rapper.

Jas Prince identified himself as Drizzy’s discoverer. After hearing his mixtape online, Prince contacted Drizzy over MySpace and promised to “make [him] a star.” After much persistence, Lil Wayne and Jas’ father J. Prince were convinced Drake was going to make it big, eventually signing him onto Young Money.

Bun B was also interviewed and was featured in the concert during Drake’s hit “Uptown.”

“It was really interesting to see how much love the city had for him, how happy the city was for him, and how strong they were going to be behind him,” Bun B said in the film.

But nothing was the same after Drake and OVO records distanced themselves from Drake’s Homecoming four days before the movie’s official release.

“The Drake Homecoming film is not something OVO or Drake have any part in. I feel it is my responsibility to inform and protect my fans,” Drake tweeted to his 21 million followers March 16.

The original agreement was made back in February 2009 after Drake released his legendary mixtape So Far Gone. He signed a contract with Serious Entertainment to organize a show at Toronto’s Sound Academy for $15,000. The contract stated Serious Entertainment would own and distribute the footage while 15 per cent of profits would go to the young rapper. The second condition was if the concert sold out, which it did, Drake would perform a second concert for $5,000. He has yet to fulfill this condition.

The film’s production team was “disappointed” with Drake’s disowning of the project, defending the film as a positive tribute to the beginning of the rapper’s career.

“It’s an iconic moment from Drake’s career which he should want to own as an artist,” said Berry. “Here’s a kid that’s 22-years-old and everyone in the audience is singing every word to his song in a packed house, and he doesn’t even have a record deal yet.”

Distributors of Drake’s Homecoming said Drake’s act is a breach of their contract, leaving Drizzy with a $15 million lawsuit from SpectiCast, Drake’s Homecoming’s distribution company. According to distributors, he’s being held responsible for “sabotaging” the film’s release. 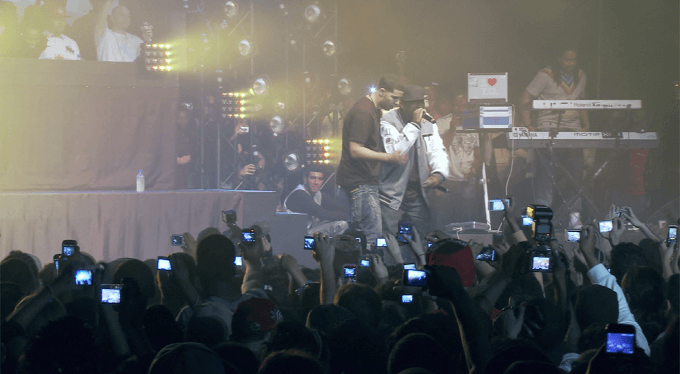 “On Monday, we immediately interpreted [the tweet] as a publicity ploy for Drake to further the announcement of his OVO tour,” said Berry. “I’m aware that our American distributors have sued him as of last night for breaching contract, so we’ll see how that plays out, but we’re not involved with the lawsuit in any way.”

“This whole experience has been amazing because most people have their first movie shown to a couple of friends in their basement. My first real full length film is being shown across the country in thousands of theatres,” said Kosiner. “It’s also a little bit exciting that I’m producing a movie that’s stirring up this much controversy.”

Along with being thankful for the global recognition of the film, the fact that it is being shown in one of Ryerson’s own lecture theaters is described as surreal by Kosiner.

“Back in school, I had a film class with Murray Pomerance and we were in the AMC movie theatre for lecture,” said Kosiner. “There I was in fourth year in a mandatory course watching movies and a couple years later, a film that I directed is playing in the same theatre. I’ve come full circle and it’s crazy.”