The Force is strong in the SLC

The ability to network is insignificant next to the power of the Force, but that didn’t stop Zone Learning’s annual meet-and-greet. On Tuesday Oct. 20, about 60 students and members of the public came to Ryerson’s Launch Zone to learn about Ryerson’s 10 zones, to network and compete in a Darth Vader design challenge.

Zone Learning is a program that helps people network and develop start-up businesses and technologies. Each zone has a different focus ranging from engineering to fashion.

She said the design challenge served as an “ice-breaker” that made it easy for guests to meet each other.

Shayan Yazdanpanah, engineering student and Zone Learning ambassador said the Star Wars theme was picked in honour of Halloween and the new film, which comes out in December.

Attendees were randomly assigned to one of 10 tables. Each table group was given a Darth Vader cape and mask to decorate using craft supplies such as pipe-cleaners, beads, ribbons, circuit boards and dog toys. Each table represented a zone and that zone’s focus served as the theme for the costume. 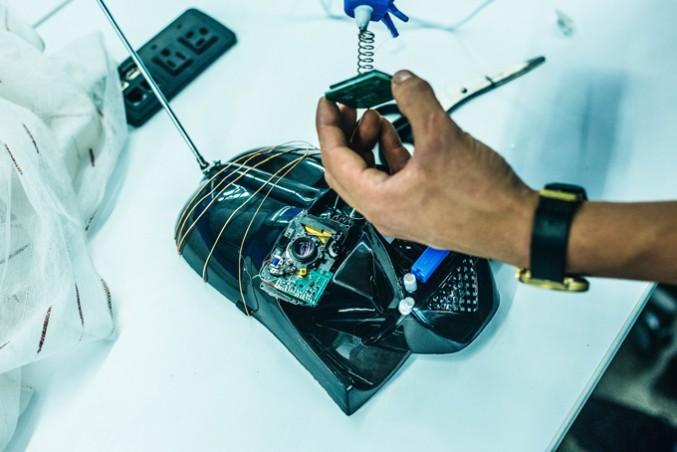 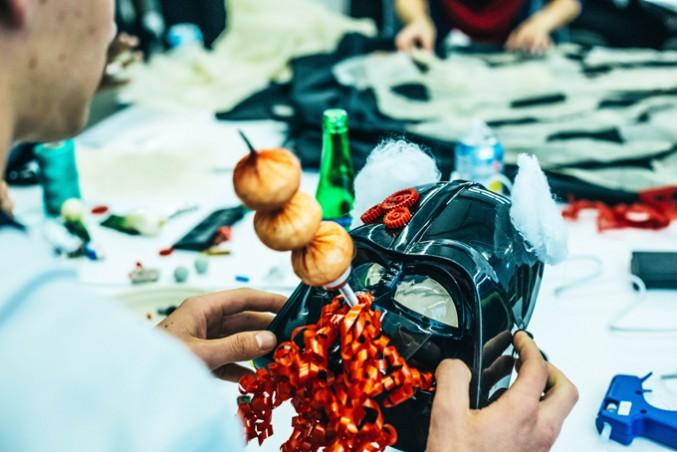 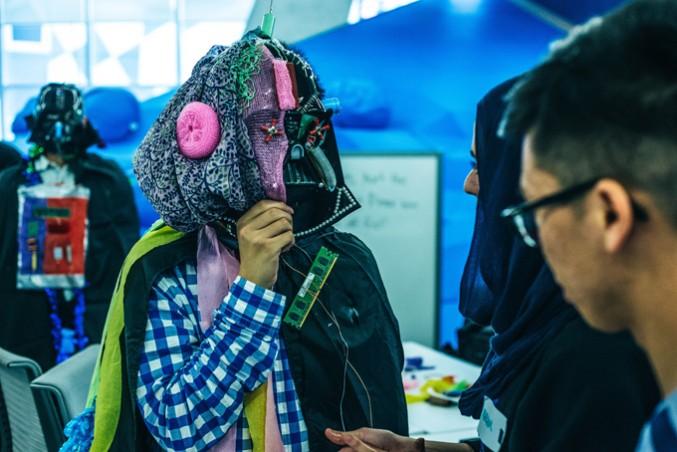 When the hour-long challenge ended, one person from each table donned their group’s newly decorated cape and mask and strutted before two judges and the other guests. Darth Vader’s theme Imperial March played while the judges picked winners.

Frank Nguyen, a Grade-12 student who is part of Ryerson’s Biomedical Zone at St. Michael’s hospital, said the event was an interesting way “to network and meet new people.”

As previously reported in The Eyeopener, Nguyen is developing a portable heart-monitor that can notify emergency services and loved ones if its wearer has a heart-attack.

Nguyen’s table represented the Legal Innovation Zone, which aims to make law more accessible to the public. His group’s costume was complete with a pipe-cleaner lightsaber and pink headscarf. It came in second place.

The winning costume was worn by Shaheryar Ahmad, an engineering student and member of the iBoost engineering zone. His group represented the Transmedia Zone, which focuses on digital storytelling. Ahmad’s Darth Vader mask had a camera lens and antenna attached so that the Sith lord could record and transmit his adventures, he said.

Many of the event’s attendees were not part of a zone at Ryerson.

“I don’t know most of the people here. This is a good sign,” said Randy Boyagoda, director of Zone Learning at Ryerson.

In the past, there were fewer than 10 zones and Zone Learning’s meet-and-greets consisted of presentations from each one. Boyagoda said this year’s design challenge was more interesting than listening to 10 presentations would be.

Brendan Dellandrea, director of marketing for the DMZ, said the meet-and-greet was a great opportunity for attendees to “meet like-minded peers,” collaborate and have fun.

He said he will not be surprised if in six months, some of the event’s guests are working on businesses together.