Photo courtesy of Under the Sun

Under the Sun doesn’t mind being a folk band that is hard to quite pin down, but their name offers some clues. It invokes being outdoors, and the allusion to the saying ‘everything under the sun’ suggests their full-scale approach to music making. And certainly, the band is about variety.

After releasing “Death Valley” during the summer, the band has come out with three additional demo tracks.

The four-piece consists of lead vocalists and guitarists Matt Probst and Ryerson arts and contemporary studies student Brendan Reid, drummer Quincy Tejani and bassist and guitarist Tom Schenck, a 2014 Radio Television arts graduate. Everyone contributes at least some vocals, and instruments like pianos, harmonicas and chimes also supplement some of their songs.

A few months after forming a year ago, they started doing live shows and developing their sound. “We figured out some songs get more of a reaction out of people,” said Schenck.

The band tweaked some songs they were performing and recorded them over the summer, releasing them over Soundcloud and Bandcamp. 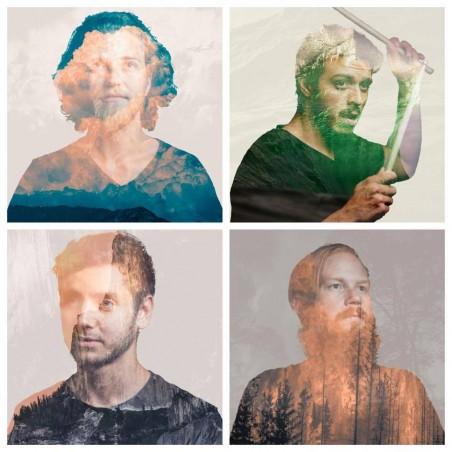 Photo courtesy Under the Sun

“Roots,” the collection’s opener, takes a singer-songwriter approach with Probst’s breathy notes slitting through the instruments. “Test some fears with alone outdoors against what’s inside,” he sings in a near-drolly resignation before reaching a deep register for ensuing lines (“I trip, I fall and crash”) in a show of personal strength.

“Everything You Need” shows the band’s rock roots. The muddied vocals let out lamenting lyrics (“My fridge is like my pillow/Plain and white, and it reeks of hunger,”) and the guitar melody recalls a tinny, classic rock sensibility. The memorable riff breaks to Probst’s scratchy chant whose professes are as declarant as they are confused. The riff, the singing and the playful drums exemplify the folk influences of the band.

“When I write songs I try to be as different as possible each time. So it turns into different genres every time, pretty much, but usually rooting from soul,” said Probst.

Even with all their variation, what stands sure is the feeling of being connected to oneself and rural life. “We grew up in that kind of environment and it’s kind of inevitable,” Reid explains.  All that is to reveal a new band not simply trying to search for its voice, but one that is discovering theirs in all sorts of genres.

The group formed less than a year ago after childhood friends Probst and Reid came from Caledon to Toronto with their buddy Tejani and met Schenck. The friends jammed together, and Schenck thought they sounded pretty good. “I said, okay well, I will record you guys,” said Schenk. Soon Schenk played bass for the group, and they started going by Under the Sun.