Update: Temporary Editor-In-Chief Robert Mackenzie has been relieved of his duties 20 minutes after he received the promotion. Mackenzie was named to the position after Sean Wetselaar called in sick earlier today with food poisoning.

According to sources, Mackenzie’s first mandate as temporary Editor-In-Chief was to rename The Eyeopener to The Mackenzie Times.

Sources added that Mackenzie was also likely behind the tainted French fries that forced EIC Sean Wetselaar to call in sick.

“What’s going on?” said Wetselaar, who has spent most of the day in bed trying to sleep-off his food poisoning.

Mackenzie did not respond to an interview request.

Original story: Fun editor Robert Mackenzie has taken over as temporary Editor-In-Chief at The Eyeopener after Sean Wetselaar called in sick this morning.

According to reports, Wetselaar has come down with a case of food poisoning and will be bedridden for most of the day. Sources say that the poisoning could have originated from an order of French fries that Wetselaar ate last night.

“I wish Sean the best of luck in his recovery, and am excited to keep The Eyeopener moving forward in his absence,” Mackenzie said.

Wetselaar has yet to comment on the position change. 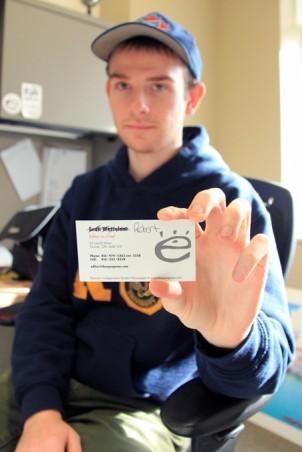