S he looked in the mirror and saw a face filled with disappointment and frustration staring right back at her. Every day was the same routine and every day she felt equally disappointed. Why did she look the way she did? She opened her mother’s makeup drawer and pulled out a small black bag, where she found a tube of eyeliner on top of cases of eyeshadow and mascara inside. At age nine, Allie Zheng drew thick, black lines on her folded eyelids, hoping to look like the other girls in her grade.

At age nine, Allie Zheng drew thick, black lines on her folded eyelids, hoping to look like the other girls in her grade.

Allie’s family moved to Milton, Ont., in 2001 from Yingkou, China, when she was five-years-old. She became one of the handful of Chinese students in her school. Every time she looked around her class, she was met with a sea of blonde-haired, blue-eyed students — and the dream of fitting in. She begged her mother to let her dye her hair blonde, wear only brand clothing and hide her culture as much as she could in front of her friends. To this day, Allie still dreams of fitting in.

There’s no single definition of beauty. This message has dominated the media circuit in recent years through positive advertisements, plus-sized models and diverse representation. While there have been obvious signs of social progress, there’s still much room for improvement. Racialized women are prone to being marginalized because of the colour of their skin, the shape of their eyes, or the texture of their hair, resulting in their physical features being prioritized over their characters — often to others, sometimes for themselves. These distinct traits, which can be viewed as unique, are instead tarnished and shown as flaws, making women who come from racialized backgrounds carry a burden of insecurity. 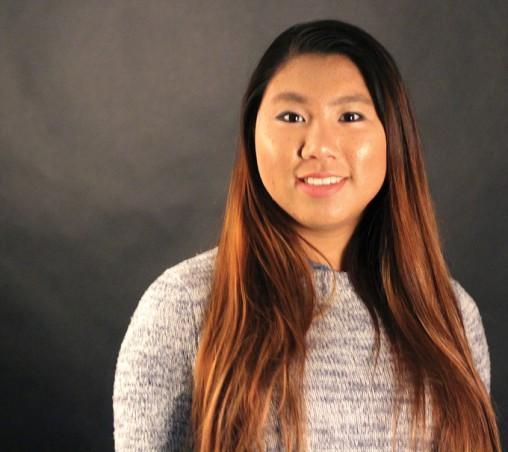 “I was always very self conscious [about] the way I looked. I was nine years old and I would think, ‘How come my eyes are so small?’” recalls Zheng, now a second-year Ryerson business management student. “I started wearing makeup in hope that the eyeliner would magically make my eyes look bigger. I was adamant about needing to look like the other kids in my class.”

E ven in countries as multicultural as Canada, racism is a prominent issue that leaves racialized women with an unsettling need to conform to the culture around them. While teasing in the school yard may seem juvenile and insubstantial, teenage years are a pivotal stage in shaping individual identities and levels of self-worth — remarks on appearance and race may have a toll on someone’s esteem years later, says Ryerson sociology professor Amina Jamal.

“Only seeing a certain standard of beauty in the media has a deep effect on girls’ self-worth. People need to stop measuring themselves from this white standard of beauty,” Jamal says. “Schools that are prone to bullying based on racism need to be more conscious on this and provide counselling services. They need to be more accommodating, accepting, open and [they] need to educate the children right from the start.”

This struggle with self-love between racialized women does not stop after schooling — for immigrant women, it’s an everyday challenge in their workplace and community, especially due to being defined by stereotypes.

“People who immigrate to Canada feel a loss of status,” says Jamal. “A lot of women feel as if someone had just erased all their past experiences and qualifications. They feel irrelevant and marginalized in society. From this, there is definitely a questioning of self-worth because of their feelings of inadequacy.”

People who immigrate to Canada feel a loss of status,” says Jamal. “A lot of women feel as if someone had just erased all their past experiences and qualifications. They feel irrelevant and marginalized in society. From this, there is definitely a questioning of self-worth because of their feelings of inadequacy.”

Jamal mentions that her own daughter was subjected to this form of racial profiling by being unjustly enrolled in ESL.

“My daughter was light-skinned, but in her school, there was still this questioning of whether or not she spoke english,” Jamal says. “She was a very avid reader and read more than the other students, but because she was shy, they assumed that she was an ESL student, which challenged her own self-worth.”

B eing judged solely on appearances was also an issue fourth-year biology student Awo Abokor faced growing up. The first time the Canadian-Somali realized her appearance was distinct was in Grade 5.

She decided when she was 10 to let her thick curly hair loose, which she usually keeps tight in a long braid. She felt terrorized in the school yard.

Countless numbers of hands clawed and pulled at her thick hair and left her humiliated and furious. That night, as she cried, her mother said eight words that still echo through Abokor’s mind to this day: “No one can touch you without your permission.” 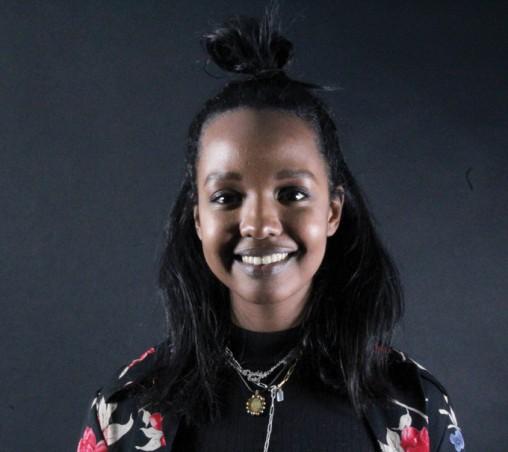 “I would often feel like my space wasn’t my space. Having people touch my hair, or comment on my body in a way that made me feel uncomfortable or that I needed to change those things,” Abokor says. “My hair isn’t the only thing that matters to me. There are a lot of more important things that drive me. That shouldn’t be my only talking point.”

She grew up not knowing if she was “normal.” Flipping through TV channels or fashion magazines, Abokor says she never saw anyone that looked like her, except during Black History Month. This absence of public role models left her lacking confidence. Assimilating and fitting into Western society became a tempting and simple choice, but she maintained her cultural identity.

“I would find myself thinking about whether or not I should wear my hijab, but then I’d look back and think, ‘How people perceive the way I present myself is not my responsibility,’” says Abokor. “I’ve recently found that even in deciding to straighten my hair, I have to ask myself if I’m doing it because it’s easy for me to maintain, or because I’m feeding into the norm that straight hair is beautiful in the media.”

Abokor struggled with balancing multiple identities throughout her life. As a Muslim black woman in a predominantly white neighbourhood in Toronto, she’s been forced to deal with social scrutiny both directly and indirectly.

“It’s hard when you carry a lot of identities that are marginalized,” says Abokor. “I’m in the process of growing up and taking real pride in them. I’m done apologizing and that’s something that self-love comes from — being grounded in who you are and knowing that nothing’s wrong with you.”

T his sense of cultural pride was also what kept Arezoo Najibzadeh, a first-year public administration and governance student, grounded during her experiences being bullied throughout elementary school. Having unique, non-European features because of her Iranian background made her a target for racist comments and profiling, which started at the young age of 14 when she moved to Markham from Tehran.

“My Persian culture was always viewed as a dominant group, I never felt I was different until I came to Canada. All of a sudden I was racialized,” says Najibzadeh. “I’m really proud to be an Iranian woman, but I was given two choices — to become like the general public or live a harder life.”

“The fact that I’m a racialized woman and that I come from a different culture than white Canadian culture has never been a burden to me. It was something I used as a source of empowerment,”

Najibzadeh had to start over — a foreign school, with foreign people, in a foreign country. Her Persian culture transformed the innocent 14-year-old into a target against her fellow students. She was called a “terrorist” on a dark school day, with laughter stinging her as she tried to swallow the lump in her throat, but she was not able to stop the tears from falling. It was a painful day, but since then, she’s used it as a pillar in her life to take even more pride in her culture.

“The fact that I’m a racialized woman and that I come from a different culture than white Canadian culture has never been a burden to me. It was something I used as a source of empowerment,” says Najibzadeh.

“At times it may have made things hard to fit into the society that I am in, but it shaped me to be the person that I am today.”