Receno’s poetic content ranged from what it means to be a woman, to what life in Canada is like as a Latina.

“It is hard to claim lo que sientes in your flesh when it is not the colour otra gente says it’s supposed to be. People meet my light skin y dicen it is who I am, but then ask if mis papis speak English and if I speak Mexican,” she yelled into the mic. 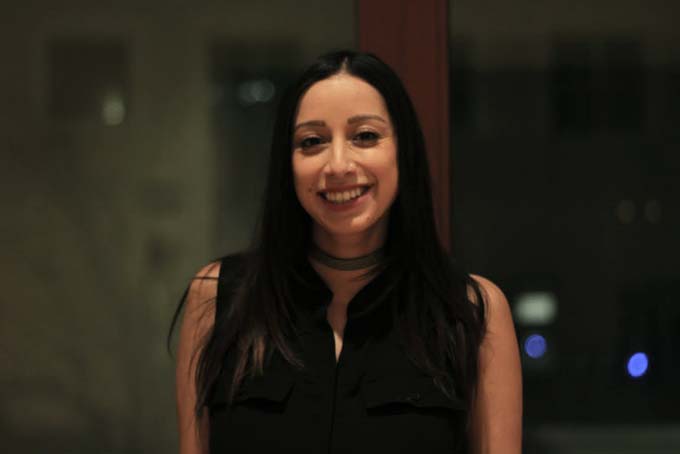 The poet who recently moved to Toronto will represent Ryerson PoEx at the Women of the World Poetry Slam (WOWPS) in Dallas, Texas.

Receno has been performing spoken word since 2014, and her poems have upwards of 2,000 views on the Vancouver Poetry Slam YouTube channel. She performed last year at WOWPS representing Vancouver, and was inspired by her girlfriend who encouraged her to attend the Ryerson event.

PoEx is a poetry slam that is hosted by Poetic Exchange, a group led by Ryerson students, whose intentions are to spread the movement of spoken word on campus and throughout Toronto. The group does this through events at Ryerson, as well as being featured at various Toronto slams.

PoEx has held non-competitive poetry slams before on campus, but this was the first time that the event had five random audience members rate each poem to see who would advance to the Women of the World Poetry Slam.

Cassandra Myers, a member of the Ragdoll Poetry Collective and fourth-year child and youth care student, emceed the event and read some of her own work in between performances.

Other performances touched on subject matter pertaining to cancer, rape, adoption and sexuality.

In total, six performers went up to the mic in the Oakham Thomas Lounge to perform and left the audience in tears.