It was fun while it lasted for the Ryerson Rams men’s basketball team.

After opening the regular season with 13 straight wins, the Rams lost a tough matchup on the road against the Brock Badgers 74-65 Friday night at the Meridian Centre in St. Catharines, Ont.

Ryerson hadn’t lost a regular season game since February 2016, and the team never trailed heading into the fourth quarter this season, either.

But as the great philosopher Hannah Montana once sang, nobody’s perfect. 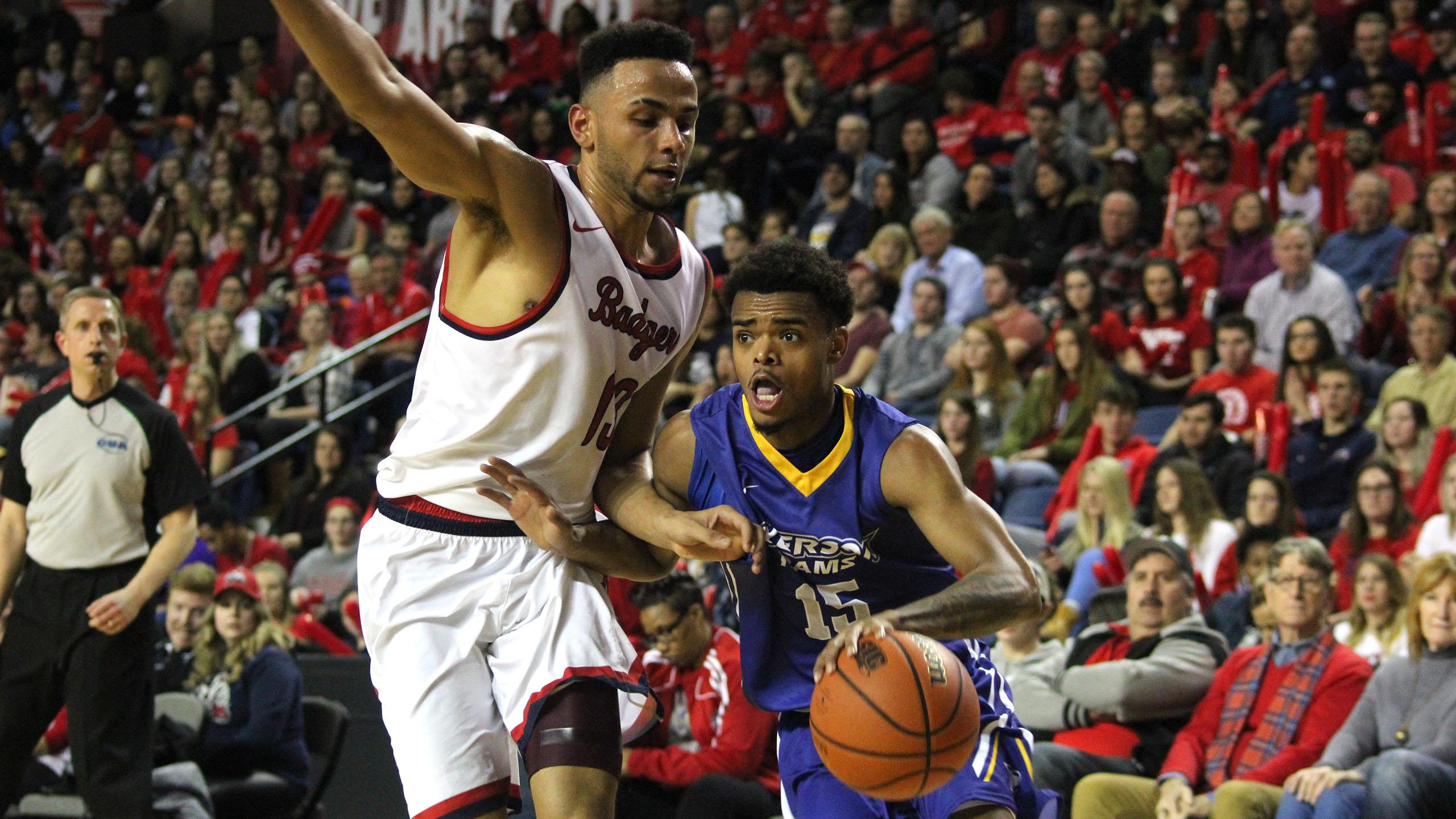 Brock, energized by a crowd of over 3,000 at the Meridian Centre, began the game on a 10-0 run, stunning the Rams early on.

While seemingly every Badger shot was falling early, the Rams couldn’t buy a make. Guard Ammanuel Diressa clanked a three-pointer on the team’s first offensive possession. Adika Peter-McNeilly, who normally seems to hit everything, came up empty.

The Rams didn’t make a single field goal until more than four minutes into the quarter.

Nothing was falling in the first quarter, and barely anything fell over the next three. Ryerson shot a dismal 30.4 per cent from the field and went 7-37 on threes for an atrocious 18.9 per cent performance.

“Some nights they’re gonna drop, some nights they aren’t,” Rams assistant coach Jermain Holness said after looking over the box score. “I think it was our worst shooting performance.”

To make matters worse, Brock shot 41 per cent from three-point range in the first half, also pounding Ryerson on the glass to the tune of a nine rebound differential in favour of the home team.

Even with the abysmal shooting, Ryerson still managed to go into halftime with a 37-34 lead thanks to a stellar stretch by Peter-McNeilly, Diressa and Myles Charvis, who finished the game with 14 points and five assists.

In the second half, it was clear that the Rams realized Friday night might be the first in a while that they’d go home without a victory.

Sensing that they had to, they started to flow better on offense and pulled ahead by seven.

Forward Keevon Small, who hadn’t scored since he made Ryerson’s first basket, skied for a tip-in. Peter-McNeilly, somewhat stagnant offensively with just 13 points and eight missed three-point attempts, put the ball on the floor and raced for a beautiful coast-to-coast layup to give the Rams some momentum.

But Brock’s Johneil Simpson hit a massive three that took the wind out of their sails, and the Ryerson bench was assessed a technical foul that sucked the life out of their lineup.

The lead switched hands quickly and often, and the Rams headed into the final quarter down by two.

In the fourth, the poor shooting that killed the Rams early on killed them again. The team hit just 4-17 shots when they needed them most.

Holness said Rana wasn’t angry with the team’s performance, but he wasn’t exactly happy either.

“Coach is even keel. He doesn’t go up or down, he just stays at the same intensity,” Holness said. “Good coaches don’t say anything right now. You wait until next practice after you’ve watched film.”

Even though his team played undoubtedly its worst game this season in nearly every aspect, Holness maintained his confidence in their ability to win moving forward.

“It has to be next game mode,” Holness added. “No need to go crazy and change stuff at this time. Just keep rolling.”
UP NEXT: The Rams will look to get back on track when they host the York Lions at the Mattamy Athletic Centre on Feb. 1 at 8 p.m.