Growing up, Talia Zahavi was told that sitting on the corner of any table would mean that she would not get married for seven years. The thought of sitting on any corner of any surface sent her mother—a Russian immigrant—into a panic.

Similarly, Amina Bejtić, born to Bosnian-Muslim immigrant parents, was cautioned by her family to never keep her back exposed for fear of death.

This past summer, after comparing old wives tales, the two RTA media production students realized their lives were eerily similar—ultimately leading to the creation of their new comedy web series, Borderline.

The fourth-year thesis project is a comedy web series that follows the story of two young girls born to immigrant parents who move to downtown Toronto and get paired up in the same dorm room for university. The characters are modelled after the two writers.

“Katya and Aisa are our two main characters, coming from both Russian and Bosnian families,” said Zahavi. “The pilot follows their experience hunting down a textbook they need for class, their journey finding it in a new city and being on their own for the first time.” 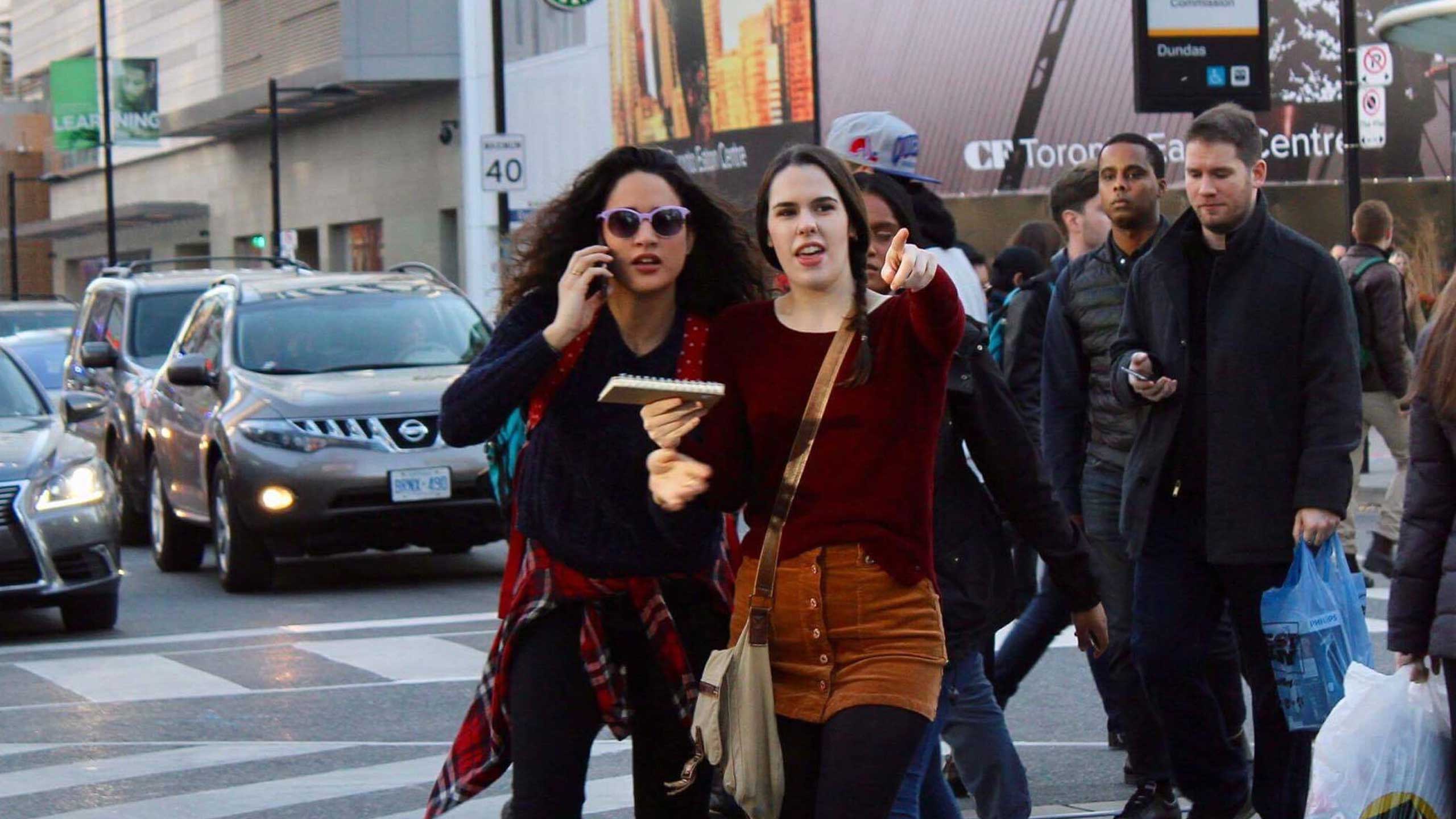 Zahavi still lives at home and said that moving away is not something her parents condone or wish to discuss.

“[My parents] have a very strong emphasis on family and being together. I’m still living with them, but if I moved it would be very strange—in our community kids don’t leave home,” she said.

The theme of the show is cultural identity. Bejtić compares it to a coming of age story, balanced with a tale of managing dual identities.

Bejtić grew up in Collingwood, Ont.—a town of just over 19,000 people. “Everyone that lives there comes from the same place, and everyone knows each other. It was weird being the odd one out a lot of the time,” she said. “I didn’t know what mac and cheese was until I was much older … but it’s more comedic than a struggle. We’re all just trying to find our identity.”

Bejtić explains that recently, television has done a good job of including female protagonists in comedy. The cast for their own project is made up entirely of women, all first-generation and second-generation Canadians.

“There are shows like Broad City and Girls with a female cast, and they don’t just appeal to female audiences, my brother and his friends love those shows,” she said. “[our cast] comes from different families of immigrants and we’re all from different cultures and backgrounds, and we’re all girls.”

Fourth-year RTA media production student and assistant director Priscilla Sidero applied to be a part of Borderline’s crew and has found positivity in working with such a diverse cast.

“I’ve felt very comfortable working with [the cast],” she said. “We wanted to make this project really special.”

She added that old wives tales and outlandish stories told by her parents were a huge part of growing up.

“I am the child of an immigrant experience. My parents are from South America and are very free spirited,” she said. “I lived there from the age of three to seven and still speak fluent Spanish today.”

The crew has also received money for their project through crowdfunding on Indiegogo.

“We’ve raised over $500, from friends and family,” said Bejtić. “Even people we don’t know have been helping us out—It’s really cool to see other people supporting us.”

Borderline is still in post-production and will be released online in February 2017.