Ryerson’s women’s basketball team held on to welcome the new year with a 69-66 win over the Lakehead Thunderwolves in their first OUA conference game of 2017 at the Mattamy Athletic Centre on Friday night.

The Rams had to fend off a Thunderwolves second-half comeback to improve their season record to 7-1 and remain in second place in the OUA East.

“Even though the win wasn’t the prettiest I’m happy that we were to pull it out, and start the New Year with a win,” said Sofia Paska, who finished with a game-high 18 points. “We stayed composed, and made sure to remember that we still had the lead when things got tough.” 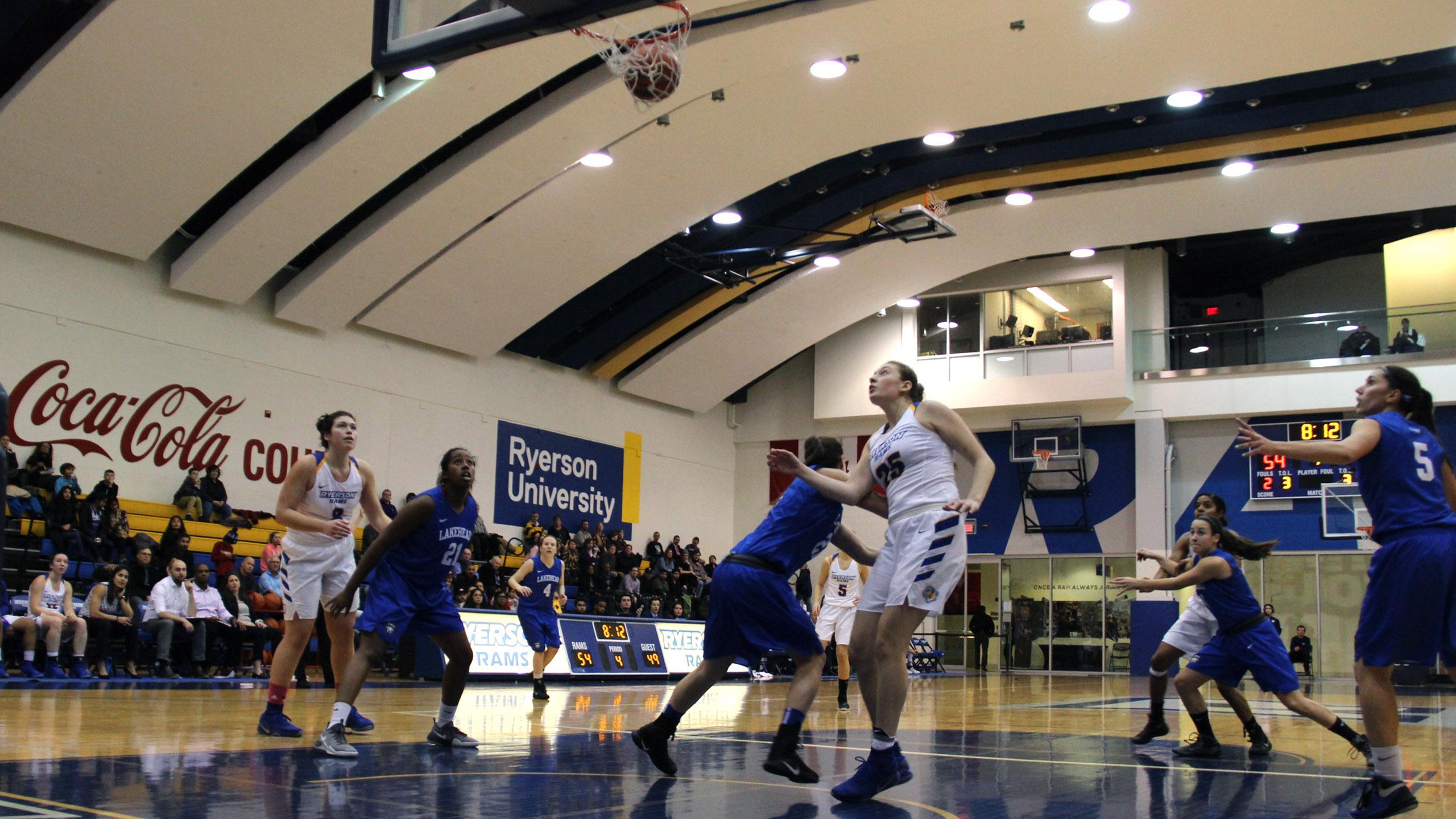 The Rams looked like they had cracked the game open after the first half, taking a 38-24 lead to the locker room. They finished their first 20 minutes of action on a 14-6 run, and looked ready to use their momentum to put the game to rest in the second half.

But the Thunderwolves had other plans, storming back in both the third and fourth quarter with some stingy defence. They couldn’t contain the Rams down low, but they were able to force the Rams into turnovers while also creating extra opportunities on the offensive glass. 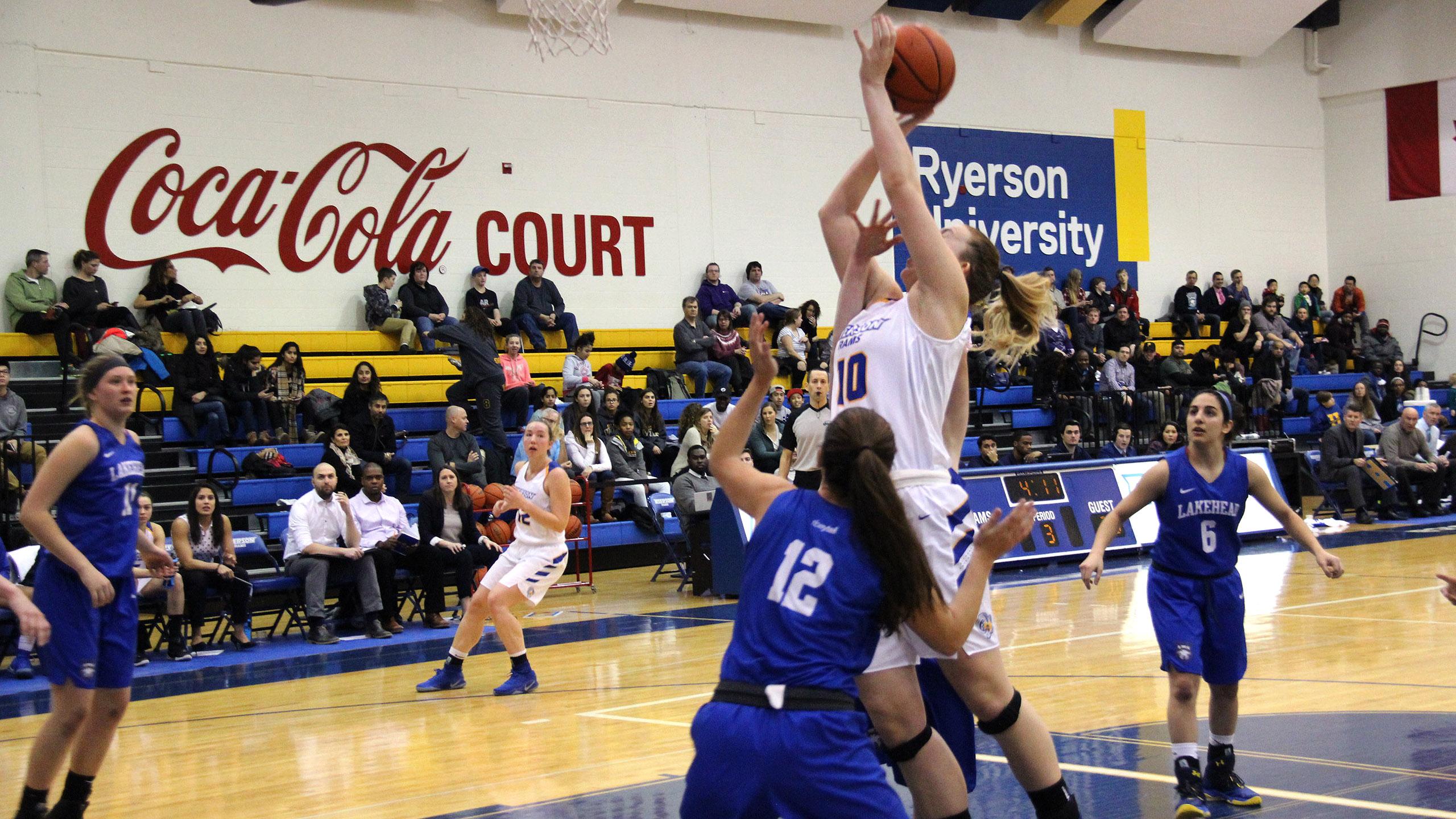 Players like Bridget O’Reilly and Rachel Webber were huge for the Thunderwolves, combining for 9 steals on their way to helping their team outscore Ryerson 23-13 on points off turnovers. The Thunderwolves shot 7-17 (41 per cent) from beyond the arc in the second half, outscoring the Rams 42-31 in the final 20 minutes.

Ryerson’s Kellie Ring hit a pair of valuable free throws for the Rams with three seconds left in the fourth quarter to give her team a three-point lead and secure the win.

UP NEXT: The Rams look to remain perfect in 2017 when they take on the Guelph Gryphons at the Mattamy Athletic Centre on Jan. 7 at 6 p.m.