The Rams were five points ahead when Ryerson’s Lauren Veltman made two kills against opponent Savannah de Groot within the last plays of the match to secure the win. Veltman finished with nine kills on the night whole teammate Cailin Wark had game-high 14.

The win improves Ryerson’s record to 9-3. The Rams have now won four straight matches and sit two points back of undefeated Toronto (10-0). The Varsity Blues have a game in hand. 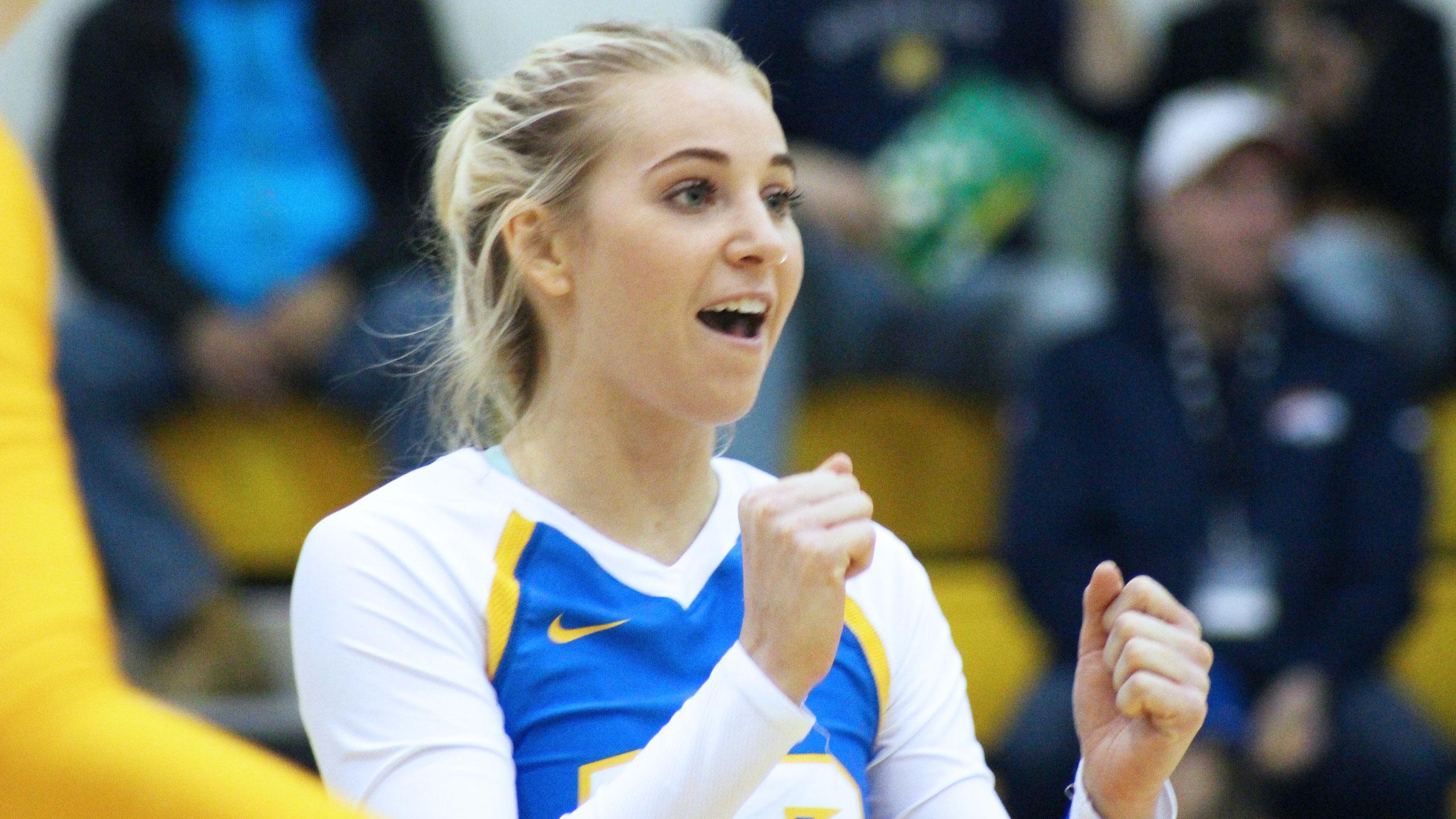 Queen’s took an early lead, winning the first set after middle blocker Theanna Vernon made an attacking error with the score at 24-21. In the second set, the game took a turn in Ryerson’s favour. Ryerson’s Veronica Livingston had two of her most important 13 kills of the night to swell a Rams lead to 14-9. But Queen’s didn’t give up the second set easily.

Caroline Livingston, Veronica’s sister and one of the Gaels’ top players, helped lead her team back to 22-20, but an attacking error from Victoria Wensley stopped their momentum. Ryerson tied the match at one set a piece.

The next two sets were all uphill for Ryerson. Julie Longman and Becky Zeeman had the most digs, making 24 combined. In the third, Rams had an important seven-point lead when Veltman killed a play from Caroline Livingston at 12-6 and maintained the lead to the end of the set.

UP NEXT: The Rams will face RMC on Sat. 28 at the Mattamy Athletic Centre at 4 p.m. RMC has yet to win this regular season, sitting last overall in the OUA with an 0-12 record.