Danelle Im’s journey to the 2018 Winter Olympics in PyeongChang, South Korea began with a bizarre internet message from an unknown sender.

She didn’t trust the offer when she received it in 2013. After all, few hockey players ever get the opportunity to play for a national team. Even fewer have an Olympic roster spot offered to them in a Facebook message.

Im contacted her uncle, who lives in South Korea, and had him meet the man who sent her the message in person to determine the legitimacy of the offer.

The sender, her uncle later confirmed, was a representative of the Korea Ice Hockey Association (KIHA). He was for real, and so was his offer. Before long, Im found herself invited to Korea to train with the national women’s team that very summer—on the KIHA’s dollar.

At the time, the prospect of visiting her parents’ country of birth was more exciting than playing in a tournament that wouldn’t happen for another half-decade.

“The Olympics was a far ways away and it was the whole notion of being able to go to Korea for my first time as well [that] was very exciting,” says Im, who recently concluded her first and only season with Ryerson’s women’s hockey team.

Four years and four overseas summer training sessions later, a few months are all that stand between the Rams forward and the Olympic debut of South Korean hockey. 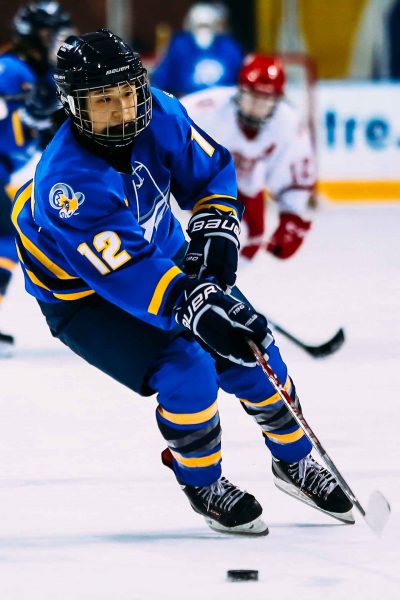 In North America, most of the popular conversation concerning the PyeongChang Olympics has centred around the unlikely participation of NHL players in the men’s ice hockey tournament—one of the Games’s marquee events—due to disputes over the costs of sending players overseas. But while international powerhouses like Canada and the United States fret over the availability of superstars like Sidney Crosby and Patrick Kane, the Republic of Korea has had to get creative just to ensure that it can dress full—and hopefully, competitive—teams.

Korea’s men’s and women’s hockey teams are currently both ranked 23rd in the world, a fact that would normally make qualifying for the eight-team women’s and 12-team men’s Olympic tournaments all but impossible.

According to hockey’s global governing body, the International Ice Hockey Federation (IIHF), there are currently 233 registered male hockey players and 259 female players over the age of 20 in South Korea, in addition to about 2,100 junior players. The City of Toronto’s official website lists 50 indoor rinks under city management. Korea has 43.

As the host nation, South Korea was expected to be given automatic berths for the men’s and women’s tournaments, but the IIHF didn’t officially confirm Korea’s participation until September 2014.The decision to include both teams came after the KIHA announced a four-year $20 million (USD) plan to elevate its national hockey programs.

While that project is intended to strengthen the country’s internal development of the game, the KIHA has also been busy recruiting North American-born players—commonly referred to as imports—to bolster its rosters.

Im was one of several North American-born players to receive an unexpected digital invitation from Korea’s governing hockey body, and many more have been recruited through other means. A New York Times article published in late February—which included a quote from Im—estimated that 20 per cent of the women’s team is North American.

Thanks to legal reforms that took effect in 2011, obtaining Korean citizenship and dual citizenship has become easier in recent years, especially for foreigners whose talents are deemed possibly helpful for the development of the country. 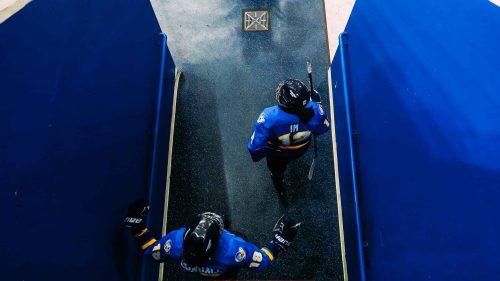 With her dual citizenship finalized in January, Im has now cleared the last major hurdle before the culmination of what she calls a step-by-step process, one that she never dreamt she’d be a part of in nearly two decades as a hockey player.

Born and raised in North York, Im began playing hockey when she was five or six, following in the footsteps of her two older brothers. She played road hockey with them and joined some of their house league teams. Eventually, she went on to play midget and junior hockey for the Toronto Aeros Girls Hockey Association, winning a Provincial Women’s Hockey League championship in 2011.

That year, Im’s interest in the subject, combined with the high pedigree of the women’s hockey program, led her to pursue a degree in kinesiology and physical education at Laurier University. She won two Ontario University Athletics (OUA) championships in four seasons with the Golden Hawks. Im’s experience from those championship runs should prove to be valuable for a young team set to make its debut on hockey’s biggest stage. 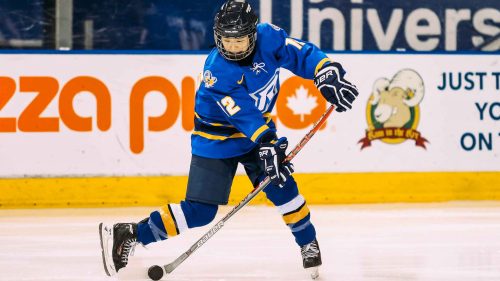 The KIHA is taking its preparation for 2018 extremely seriously. According to Im, the women practice five nights a week year-round, whether the imports are in the country or not. Practices and other team activities usually take place from 4:30 p.m. to 10 p.m. in order to accommodate players’ work and school schedules.

“It was amazing to see their commitment and dedication,” says Im as she recalls her first impression of the team’s training regimen. “It was really cool to see them doing this every day, even without [many] games or anything to look forward to on the weekend. It was like a job for them.”

But work ethic can’t completely erase one barrier that Im and her teammates face: language. In 2014, Canadian-born Sarah Murray, a former NCAA defender who won two national titles with the University of Minnesota Duluth, became the head coach of Korea’s women’s team. Im says Murray is making an effort to learn Korean, but she operates the team in English. It’s not a major hindrance for Im, who is in the process of learning to speak Korean, but many of her teammates speak only a little English. The team has a translator for Murray, but Im says synergy with her teammates comes easily on the ice.

“In the end, it’s hockey, and the language of hockey is the same.”

“She really knows the game well and responds well to anyone she’s put on the ice with,” says Forfar, who played with Im on their championship-winning Aeros squad before reuniting at Ryerson. “[You think] ‘Wow, she still appreciates the game, I want to be on this girl’s line, she’s here to be a good team player.’”

Before this year, Forfar and Im hadn’t played together since their days with the Aeros. That changed when Forfar returned to Canada after three NCAA seasons at Dartmouth College and Im decided to go back to school, one year after graduating from Laurier.

Having now played out her fifth and final year of OUA eligibility, Im won’t be playing for Ryerson as she completes an undergraduate degree in nursing. That degree, though, will have to wait.

Im has spent at least part of every summer since that fateful Facebook message training in Korea before returning to Canada for the school year. When she makes the trip this year, Im plans to remain there until the Olympics, taking a year off from her studies to focus on the team’s preparations.

It’s a major commitment, but she knows that other teams are preparing with just as much fervour as her squad. She doesn’t plan on squandering her opportunity to face off against the best of the best.

“Being handed this opportunity-—it’s literally been given to me—is extremely humbling,” says Im. “That’s why I want to put up my best effort. This is a gift.”