Between the small, white walls of the Image Arts Centre’s third floor gallery stood five female artists from the school of Image Arts, who created the art work around them, of exclusively women.

Girls by Girls debuted the night of Feb. 7 and was curated specifically by Alia Youssef, a fourth year Image Arts student. Her series lined the walls further down the hall titled Ongoing Portraits—capturing the air of “unapologetic confident women.”

“My work has always been about empowering other women through the act of taking portraits of them,” Youssef said. “It was only natural to find other women with the same passion, and together create this empowering space of celebrating other women.”

Farther down the room was the work of fourth-year student Georgia Kirk’s black and white analog portraits. According to Kirk, her photos are a vessel in investigating women’s identities through direct positive printing. This photo process is similar to that of a Polaroid, and develops a positive print on a film-like paper.

“Everybody is working in digital now, and it’s so quick,” said Kirk.

“I was inspired by old film images that have become distressed, and the colours that are created through those light leaks,” said Bartley. “I love portrait photography, and the look of those vintage photos, so merging these two things was very fun and a step into finding my style as a photographer.”

Shower Pics was another collection by artist Nicola Irvin, a fourth-year student, who explored the idea of photographing women freshly out of the shower. She wanted to capture this private and uninhibited image of women, that only they see when looking in the mirror.

“At first everybody was very apprehensive to pose like it was a beauty shot, when they were so bare faced with wet hair, but once they saw the images and saw how they looked, they all seemed to become more comfortable with it.”

The final series in the exhibit was created by Aleia Robinson-Ada, in her fourth-year, titled Untitled: Portraits of Black Women. The series investigated the historical loss of black identity through the changing of last names. Robinson-Ada photographed three different black women for the piece, and identified the origins of their names beside each photo. 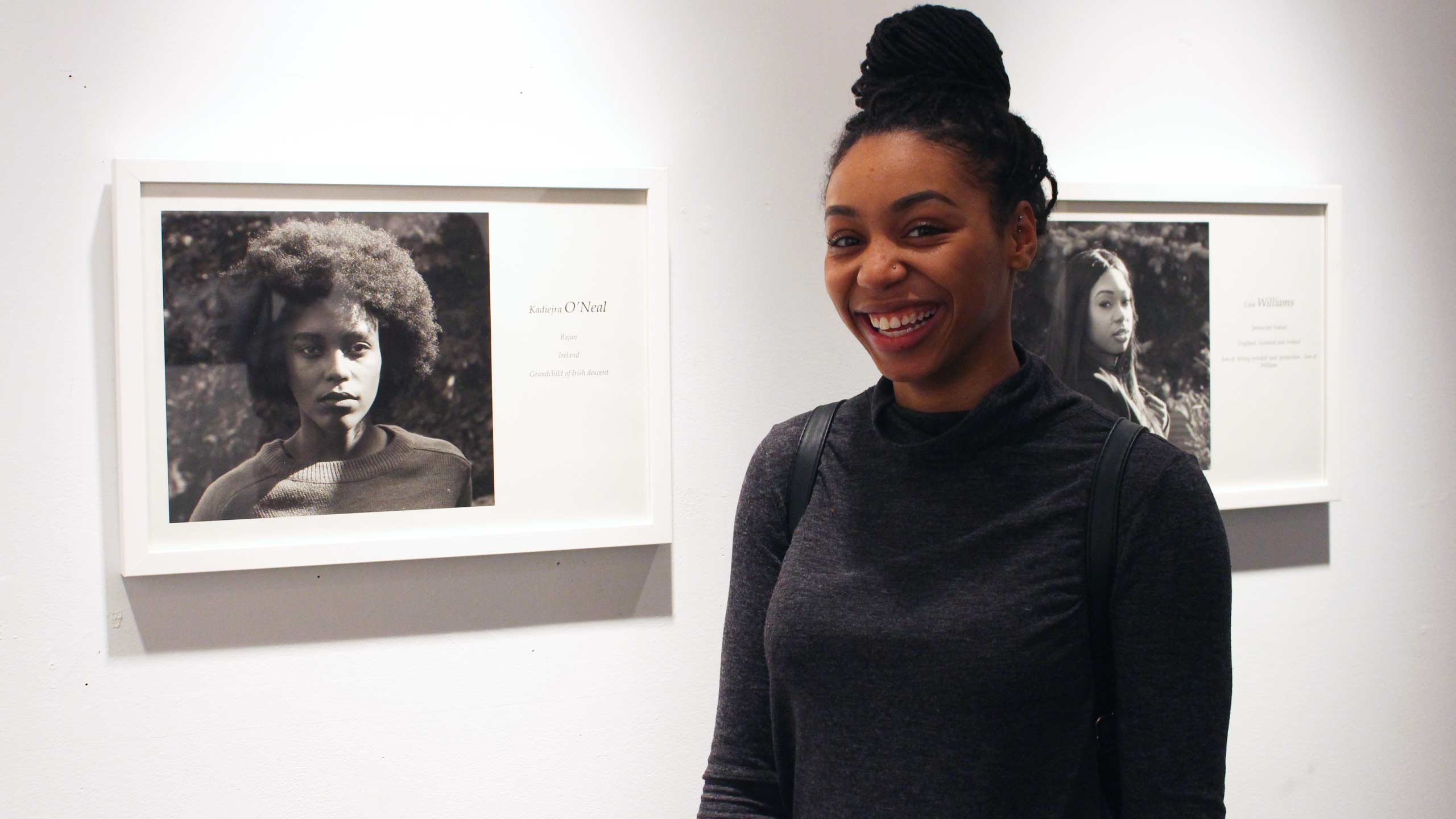 “I wanted to juxtapose the face of the black women and their last name, to show where things don’t make sense,” she explained. “For example, my last name is Robinson, yet I’m Nigerian. It doesn’t correlate—it doesn’t make sense.”

Through research, Robinson-Ada discovered that almost all of the black people she knew had last names that originated from somewhere completely different. Often their names came from their slave occupations or their master’s last names.