A Toronto team won $12,000 in a contest hosted by Ryerson University and Woodbine Entertainment for developing an app to help fans engage with horse racing.

Called BetShare, the team spent two days designing an app to encourage young people to share photos and invite friends to Woodbine Racetracks. Users of the app would gain points for every photo and referral they made. Pessoa and his team won the first round and a cash prize of $1,000.

Then the team spent an additional three months researching customers for their platform.

“You never put money into something that nobody wants,” said Pessoa. “ You have to make sure that they want it.”

Pessoa said the team found the inspiration for the product from J.P Silva, a mentor at Ryerson’s iBoost zone. During the research process, Silva told the team their platform needed to be more “scalable” and could pull in more users. iBoost is one of 11 zones at Ryerson that offer work space, resources and advice to people starting businesses.

That’s when Pessoa came up with an idea. He remembered that investors stream business deals online.  He recalled Twitch, a popular video platform that live streams users playing video games and remembered users will pay for subscriptions.

Pessoa thought about when he worked at the Bank of Montreal and bought mutual funds. “I didn’t know what my financial service manager was saying half the time,” he said.

“I would just think to myself ‘Geez if I could see exactly what’s on her screen as she explains this to me, then at least I could visualize it.’”

The BetShare platform would be based on that concept. Users who were experienced at betting on horse races could live stream the process. New or inexperienced gamblers would be able to subscribe and watch the live stream, which would offer statistics and explanations of the process. 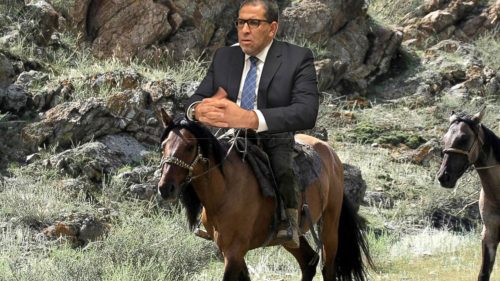 John MacRitchie, senior director of business development and strategic planning at Ryerson’s Office of the Vice President of Research and Innovation (OVPRI) as well as one of the contest’s judges, said there were qualities that made BetShare stand out.

“They were very well prepared for the presentation and were able to articulate their vision very well,” MacRitchie said in an email.

“They also supported their product development with very in-depth customer discovery–they had extensively interviewed potential customers and had adapted their design and plans based on this feedback.”

In addition to the cash prize, BetShare won enrollment for six months at iBoost. Pessoa said the team will test their app and continue customer surveys.

Pessoa said BetShare is also streaming betting content on Twitch, Instagram and Facebook. The team will travel to Silicon Valley in early March for a conference to help with the developing process.

The OVPRI is collaborating with another organization on a project similar to Horse Racing 3.0. They are working with Think2Thing, a group that aims to advance 3D printing, scanning and modelling in career fields across Canada.

The OVPRI and Think2Thing will hold a conference on March 9 which will showcase the impact and opportunities found in 3D technologies like virtual reality.