Third-year centre Sofia Paska was a force, scoring career high 28 points coupled with 8 rebounds. The Lions had no answer for guard Kellie Ring who added 17 points and 7 rebounds of her own. Down the stretch, it was the deadly pick and roll between Ring and Paska that fuelled the extraordinary comeback. 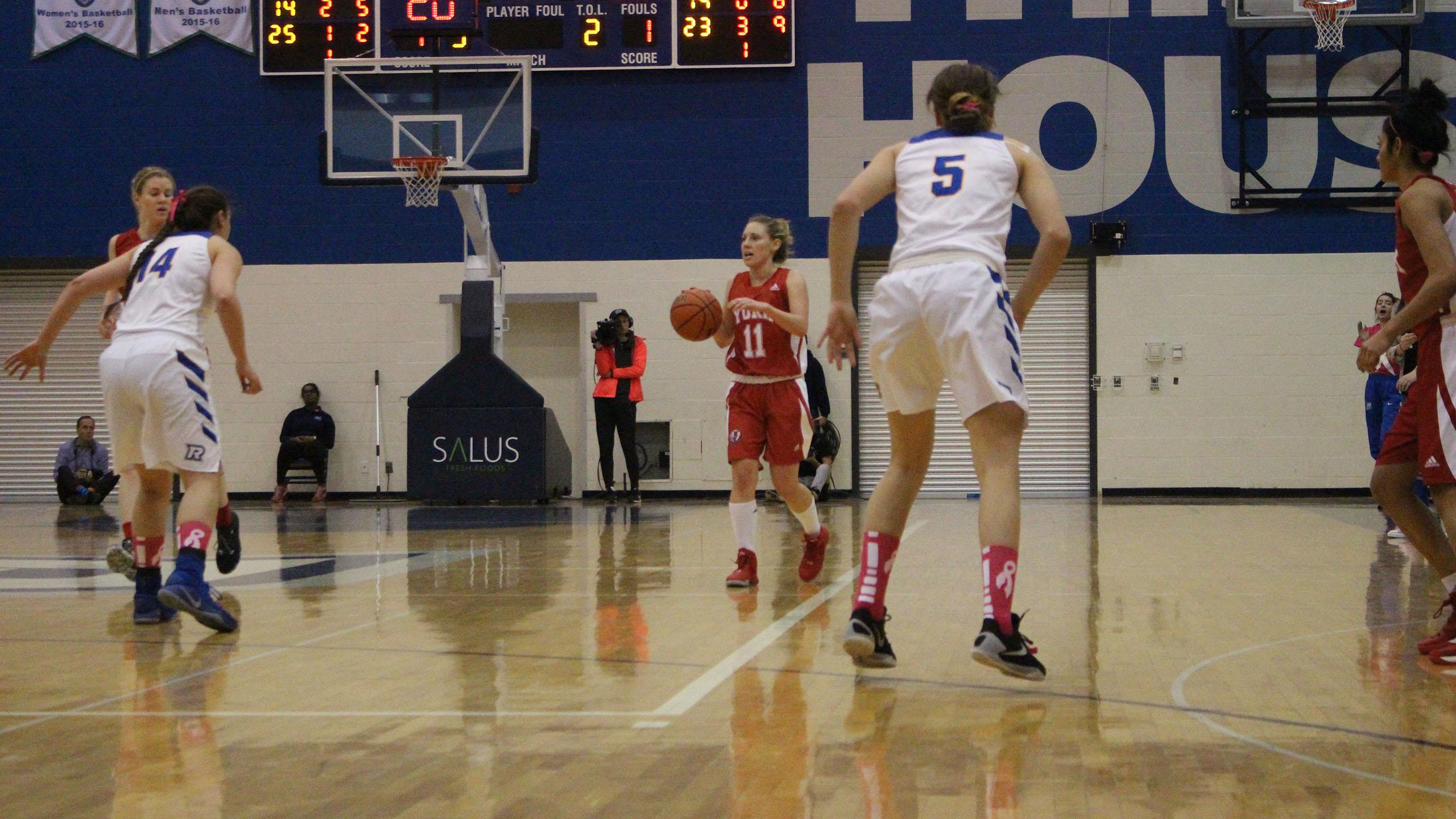 The Rams outscored York 20-7 in the final frame and played stellar defense, holding the visitors to just one fourth-quarter field goal.

The Lions finished the game with 24 turnovers compared to just 11 for Ryerson. The turnovers turned into 25 points for the Rams as they made their comeback led by the inside scoring of Paska.

The Rams improve to 12-3 on the season and continue to chase undefeated Queen’s (14-0) for first place in the OUA East.

UP NEXT: Ryerson will host none other than the Queen’s Gaels at the Mattamy Athletic Centre on Friday, Feb. 3 at 6 p.m. in what could be the Rams’ biggest game left in the regular season. The Rams lost to Queen’s on the road in a 79-75 overtime thriller in mid-January, the only other regular-season matchup between the two teams.