Ryerson’s women’s hockey team dropped their last home game of the season on Saturday night, losing 4-0 to the Nipissing Lakers at the Mattamy Athletic Centre.

The Rams fall to 4-2-12-4 with the loss. Sitting in 11th place in the OUA, Ryerson had already been mathematically eliminated from playoff contention following a shootout loss to Laurentian on Friday night. The second-place Lakers improve to 13-3-3-3 and are now 8-0 all-time against the Rams. Nipissing remains the only OUA team Ryerson has never beaten. 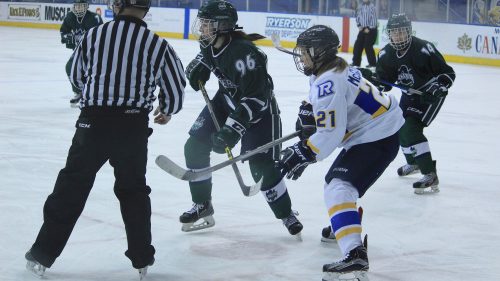 Lakers goalie Jacqueline Rochefort made 28 saves for her sixth shutout of the season—two of which have now come against the Rams—while Sydney Authier stopped 18 pucks in the losing effort for Ryerson.

After amassing a total of 38 penalty minutes in their last matchup in January, both teams did a better job of staying out of the box but still managed to wrack up 22 penalty minutes on 11 infractions—including offsetting minors for checking to the head in the third period.

The opening frame saw the Rams go down 1-0 after a goal from Lakers forward Hunter Mosher at 8:43. Ryerson finished off the period with a successful penalty kill, trailing by one after being outshot 7-3 in the frame.

Ryerson started off the second period with some excellent opportunities on goal. A tripping penalty by Nipissing forward Samantha Strassburger gave the Rams a powerplay, but it was the Lakers that went up 2-0 midway through the second with Natalie Graham’s first tally of the season.

Ryerson outshot the Lakers 25-15 over the final two periods of the game, but couldn’t solve Rochefort.

UP NEXT: The Rams head to Varsity arena to take on Toronto this Thursday, Feb. 16 at 7 p.m. Ryerson’s final game of the season will be Sat. Feb. 18 when the Rams visit Waterloo to face the Warriors at 2:30 p.m. 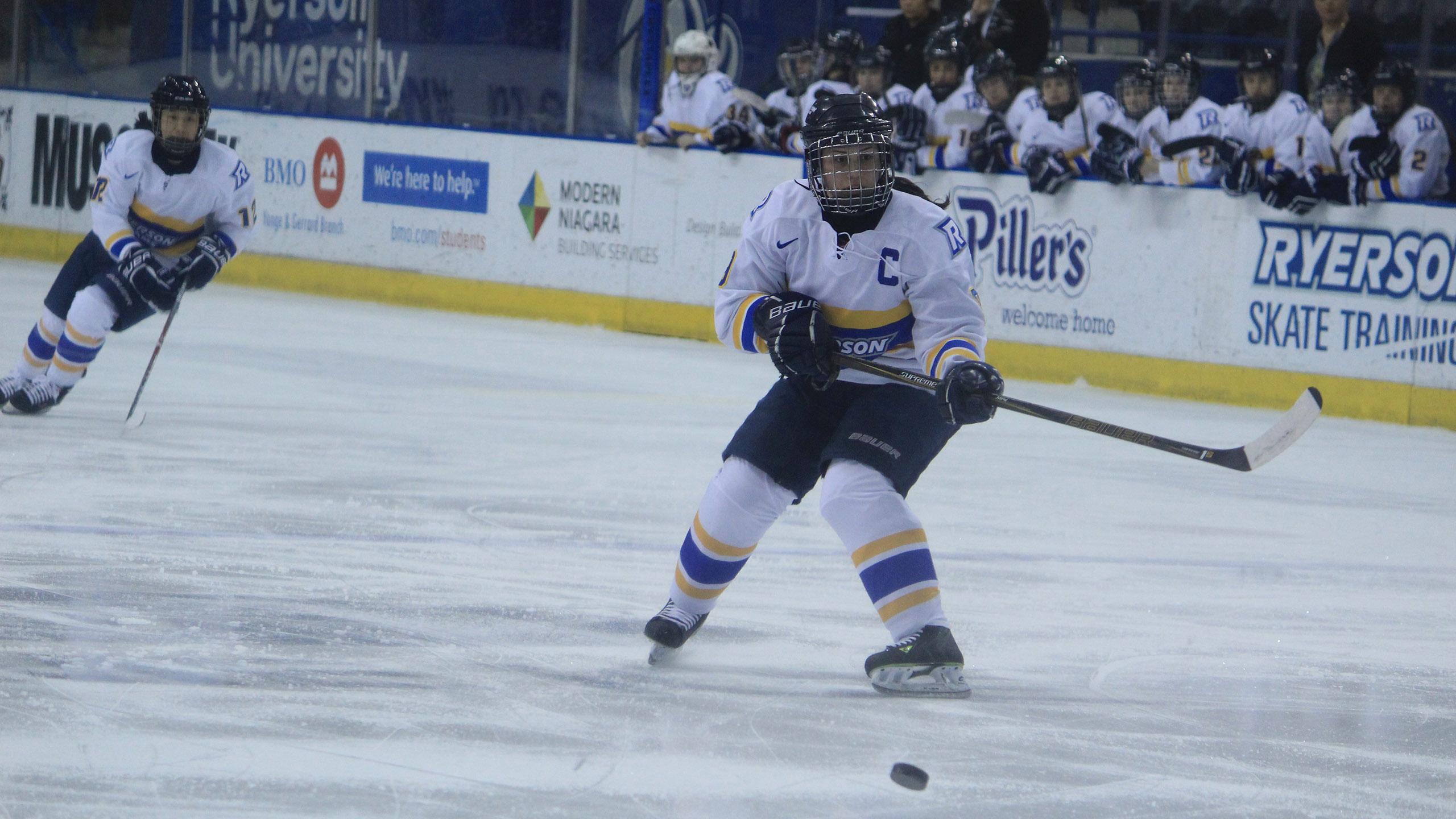