Following its release on International Women’s Day, it went viral.

One year later, she’s doing it all again. But this time, the group is using their music to raise money for the Toronto Rape Crisis Centre.

“As a rape survivor myself, I felt personally responsible for paying it forward to those who helped me through one of the worst times of my life,” Pagliacci said. “Being a Toronto organization, I felt it imperative to choose a local organization and a cause that is in line with what The Sorority believes—charity really does start at home.”

The centre is a not-for-profit organization that aims to raise money to counter violence against women, promoting equality in race, gender and sexuality—beliefs that the group uses as part of their musical identity. 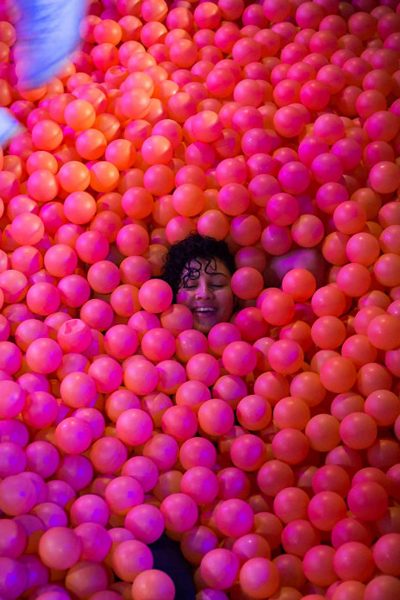 Pagliacci, a Ryerson criminal justice and law graduate, is one of the four women who make up the all-female hip hop group called The Sorority.

Music has always been a staple in Pagliacci’s life and family.

“It made for the best birthdays and cemented in memory the greatest family moments,” she said.

At the age of six, she began writing music. Following her acceptance to Ryerson, Pagliacci began rapping and joined the Urban Hip Hop Union (UHHU), where she performed and freestyled her own work.

The members ran their own solo careers prior to their 2016 debut.

After receiving a comment on their video asking the group to make another one “asap,” they channeled their love for Lil’ Kim’s cover of “Ladies Night,” originally performed in the ‘70s by Kool and the Gang,  while jumping around in a local Toronto jungle gym called Pursuit.

The gym kind of looks like a glorified children’s jungle gym, minus the smell of feet and juice box vomit. It comes complete with a glow in the dark ball pit—a component that Pagliacci was sold on for the video—as well as monkey bars and ladders to climb.

“We all felt that the nostalgia of the ‘90s was missed and these new age artists are attempting to recreate that feeling by sampling from the greatest hip hop era,” said Pagliacci.”

Brodie Metcalfe, the events co-ordinator for the Ryerson Students’ Union and manager of The Sorority, said that the members took on the personas of the artists featured in Lil’ Kim’s song, and added new lyrics to the classic tune.

“They wanted to dedicate a lot of their work and artistry to making sure that they were providing commentary on women and hip hop, by incorporating media,” he said. 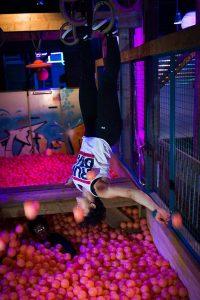 Upon hearing about The Sorority’s idea to shoot inside of Pursuit with an all-women angle, the gym’s manager, Will McLean, decided to join forces with The Sorority, using their music video as promotion for Pursuit’s new women-identifying- only hours.

The group is set to headline multiple shows and play an upcoming concert in the U.S. They also plan to host a one-year anniversary show on March 8.

“It’s a huge milestone in our short existence and we are so excited to have put our gender and our city on the map,” said Pagliacci.

The video will be released on March 8, on International Women’s Day.

Over $500 has been raised for the Toronto Rape Crisis Centre so far.