Not Ezra Pound—the influential (and unfortunately, dead) poet. Not Ezra Miller—the symmetrical-faced actor who plays The Flash in the upcoming Justice League movie. Ezra Levant. The big-mouthed owner of the alt-right “news source” Rebel Media who needlessly voices his opinions on free speech, Islamophobia and immigration.

For reasons I’ll never be able to wrap my head around, Levant graced Ryerson’s campus with his presence to discuss Israel and the Middle East, as well as “campus culture.” Prior to the event, various local and national outlets reached out to confirm whether media was permitted at the talk; they were, with the exception of The Eye.

A disclaimer: our reporters—one of whom was personally invited to attend—were about 15 minutes late to the event. When they got there, someone who identified themselves as security refused them entry— even though the event started late and we heard that other students were still being let in. When our reporters persisted, they were denied entry for a second time.

The reason? As told to us by a member of the Ryerson Campus Conservatives, “because I don’t like you.” 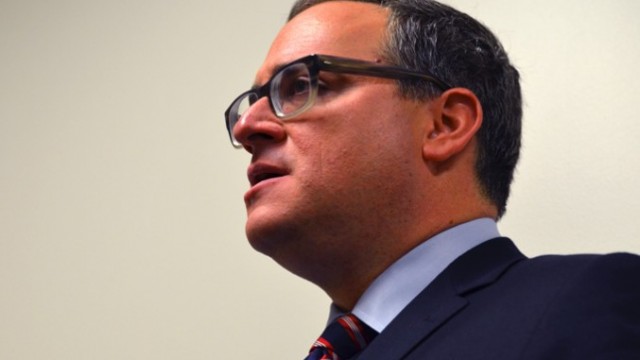 This sentiment mirrors an alarming narrative that has become all too familiar following Donald Trump’s presidency and his war on news that followed. Last month, several U.S. media outlets—including CNN and The New York Times—were barred from an on-the-record White House briefing. The decision came shortly after CNN broke the news about Trump’s chief of staff asking the FBI to take down reports from The New York Times that alleged repeated contact with senior Russian intelligence officials during his campaign.

Four hours before the briefing, Trump reiterated in a speech that the media is “the enemy of the American people.” Critics, however, scrutinized his decision, deeming it a threat to government transparency and freedom of the press.

While The Eye is unsure whether the comment was intended for the individual reporter or the publica- tion, we do have a suspicion that, like so many of Trump’s irrational accusations about “fake news,” there was personal disdain behind it.

Last year, we ran a story about Ryerson Campus Conservative affiliate, Dan Petz, who made controversial comments about safe spaces on campus while he was a course union executive. More recently, we ran a separate story about his brother, Brian Petz—a part-time lecturer at Ryerson and former president of the Ryerson Campus Conservatives—after students complained about his offensive Facebook comments regarding immigration and religious communities.

To a devoted conservative club member, I understand how this coverage of the Petz duo could be perceived as some sort of vendetta against “the right.” But I’m here to tell you that it’s not. We don’t have a murder board plastered across our newsroom wall. We don’t spend Monday nights throwing darts at photos of our enemies, or picking the name of our next victim out of a hat.

Instead, we devote our time to writing about things students care about and things they deserve to know. This includes the transparency of student government, the accountability of the university administration, and yes, blatant racism from leaders and teachers. It’s never a personal take-down, or “character assassination,” as Dan Petz has personally accused us of. It’s news.

When Ezra Levant comes to campus, that’s also news. And it’s not just our job to report on it—it’s our legal right, as defined in the Canadian Charter of Rights and Freedoms.

To all the bigots with a vendetta against journalists: stop putting freedom of the press in jeopardy and for god’s sake, just know when to shut up.