The Eyeopener brings you the third installment in our series examining the stories of Ryerson’s varsity team captains. This week, Daniel Rocchi examines the opposing leadership styles of men’s volleyball captains Lucas Coleman and Adam Anagnostopoulos.

Call them Yin and Yang, call them salt and pepper, call them Simon and Garfunkel.

Ask Lucas Coleman about his relationship with men’s volleyball co-captain Adam Anagnostopoulos, and he’ll suggest another classic pairing that captures their dynamic perfectly.

“I don’t want to say it’s like a good-cop-bad-cop [relationship], but it’s definitely a watered-down version of that.”

Coleman, the Rams’ go-to outside hitter, and Anagnostopoulos, their starting setter, have been Ryerson teammates since they joined the team as rookies in 2013. Now in their fourth varsity season together, they understand each other’s leadership styles well—and how to fill in the gaps. 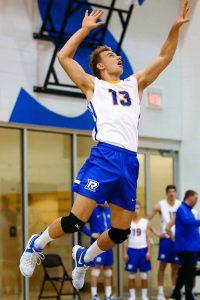 “[I’m] not the kind of person who’s afraid to say what needs to be said, and sometimes that can come across as negative and I will butt heads with guys on the team,” says Coleman, a professional communications student. “I think that’s why Adam and I do such a great job together, because he has such a great relationship with everybody on the team.”

In simplest terms, Coleman says his focus is on the technical in-game aspects of the team, while Anagnostopoulos is the go-to guy on the personal and social side of things.

“Adam’s really good at listening to all the opinions of the guys on the team and then giving his two cents,” says Coleman. “When he speaks, everyone listens.”

For Anagnostopoulos, who studies sport media, allowing their opposing leadership styles and personalities to shine through is what’s made them a successful tandem.

“Before Ryerson, I never really played with a guy like Lucas in that sense of talent and emotional spirit,” he says. “If you allow people who they are on the court, that’s the best way for them to excel.

“Him [leading like] that has definitely made him a better player, and I think people look to him as an inspiration.”

Two opposite leadership styles might complicate things for some teams, but both Coleman and Anagnostopoulos think it’s been especially important for a team that has been in a state of flux for the past few seasons.

Last year marked the first time since the 1995-1996 season that the Rams were without head coach Mirek Porosa. Women’s volleyball head coach Dustin Reid stepped in on an interim basis for Porosa, who departed for personal reasons. Reid guided the team to the best season in program history, leading them to an Ontario University Athletics (OUA) silver medal and a seventh-place finish in their first-ever national tournament appearance while balancing two head coaching roles.

This season, Reid was officially made the head coach of both teams. The men’s and women’s teams are both legitimate contenders for the provincial championship, and with the women set to host the U Sports national tournament from March 17-19, Reid is one of the busiest individuals in Ryerson athletics. It’s made strong and balanced leadership even more important for the men’s squad. 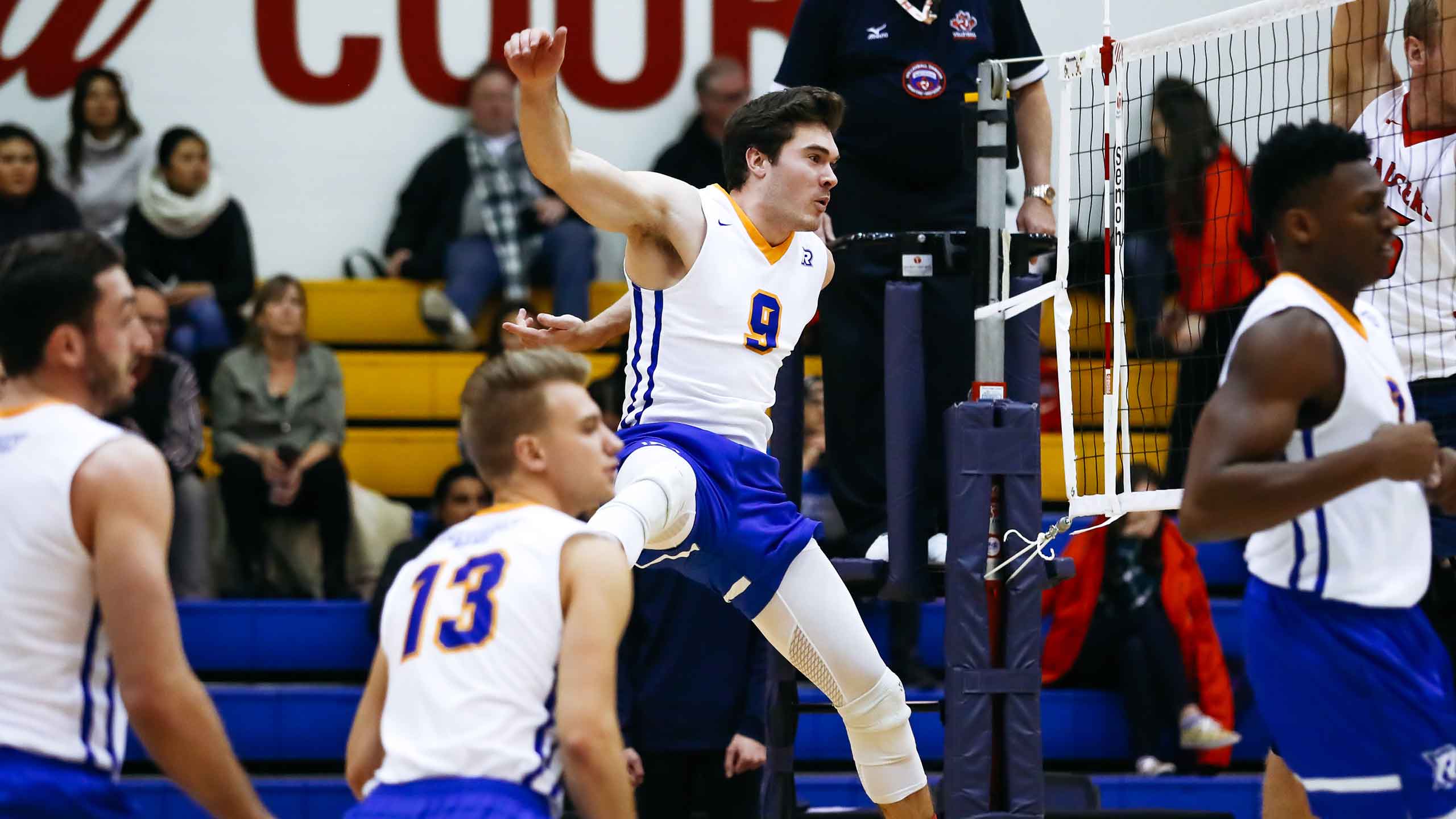 Because of the coaching changes the team has undergone in recent seasons, the role of the men’s volleyball captain hasn’t been outlined as clearly as it has been for some other Ryerson teams. Alternating as floor captains, Coleman and Anagnostopoulos handle official duties like communicating with the referees, but both quick to point out that they aren’t the only leaders on the team, acknowledging the importance of veteran leadership from senior players like Brendan Kewin and Brett Whitley.

“We see it as a leadership group—between all the fourth- and fifth-year guys, specifically—to lead this team and set an example,” says Anagnostopoulos. “We’re the ones carrying out the decisions for that group.”

While Anagnostopoulos was the “rookie captain” among a designated leadership group in his first year with the team, last year’s team didn’t have the same structure. This season, the coaching staff didn’t broach the subject of captains again, but Anagnostopoulos doesn’t think it was left unaddressed without reason.

“I think they did it purposely to see who would step up and take a leadership role,” he says.

It makes sense, then, that he and Coleman took up the mantle, given their importance to the team’s performance. 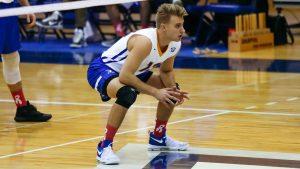 Both players, along with middle blocker Uchenna Ofoha, were recently named OUA first-team all-stars. During the regular season, Coleman’s 4.41 kills per set were the second-most in the league, while his .58 service aces per set were tops in the OUA. Anagnostopoulos, meanwhile, had the third-best assists-per-set average in the league with 9.61.

Anagnostopoulos and Coleman were key contributors in Ryerson’s first-round playoff win, a five-set thriller that saw the Rams rally from two sets down to beat the Western Mustangs in the OUA quarter-final for the second straight year. It was a gutty performance indicative of the identity Coleman sees in his squad this year, especially after several high-skill players like outside hitter Robert Wojcik and middle blocker Mark Reardon graduated at the end of last season.

“We always had a lot of high talent on the team and expectations were high and we didn’t always meet them,” says Coleman. “This year, [we’re] a blue-collar sort of team and hard-working, we play to our systems and try to win by doing the extra stuff like longer video sessions and really game-planning well for the other team.

“Whenever we win it’s just so much more rewarding than last year.”

Coleman, Anagnostopoulos and the rest of the Rams will be looking for their most rewarding victory yet when they travel to McMaster to face the Marauders in the OUA Final Four on March 10. McMaster has long been one of the top teams in the country, and were 17-0 during the regular season.

Ryerson will have to become the first team to beat the Marauders this year if they hope to return to the OUA championship game and earn their second straight national tournament berth. It’s a daunting task, but Anagnostopoulos believes last year’s campaign has helped position the Rams for success.

“We have that confidence to play these kinds of games, we’ve had that experience of playing at nationals,” he says. “We know what it takes to get there.”