Mohanad Hekal wasn’t yet a teenager when he first played squash back in his home city, Alexandria, Egypt.

But he immediately fell in love with it.

The fast-paced, action-packed nature of the game drew him in. Hekal discovered squash back in 2007, when there was a men’s squash tournament at the Alexandria Sporting Club where he and his family were members. After he watched numerous squash games, Hekal’s father took notice of his newfound interest and signed him up to play.

From a young age, Hekal had always loved sports–whether it was tennis, swimming, basketball or handball. Although he’d played many, he found squash the most interesting. “These guys are running back and forth, doing drop shots, nicks—it was crazy cool,” Hekal said, recalling the competitors he watched in that first tournament. “I wanted to be like them.”

He dabbled in a few other sports after that, but he ultimately dedicated himself to squash. Hekal came to Canada as a teenager in 2013. His parents decided to move to Canada to give him and his brother a better life and education at a turbulent time in Egypt.

Hekal remembers the Arab Spring of 2011. He remembers being under mandatory government curfew and not being able to do anything. He had a national competition coming up at the time, but he was unable to train for two full weeks due to the civil unrest.

“I didn’t really understand what was going on, I just knew that there was no school for two weeks and that I wasn’t allowed to leave the house,” Hekal said. “I must have beaten Call of Duty at least three times. There was no reaching anyone.”

Hekal is currently a second-year business technology management student at Ryerson. The 19-year-old, who lives in Oakville, has competed in junior tournaments around the world—visiting nations like Germany, France, Italy and the United States. He said he saw Canada as somewhere to grow, both in his professional life and on the court he holds so dear.

“I enjoy playing the game and just getting on the court and being myself,” Hekal said. “Hitting nicks and drop shots just feels right for me.”

But he admits it’s not always a matter of personal identity.

“Of course it’s fun to show off sometimes, too. I like to be a little fancy on the court, doing shots between my legs and that sort of thing.”

Earlier this month, Hekal represented Ryerson at the Canadian University and College Championships, where he faced off against players from schools across Canada. The tournament consisted of 58 players in total and Hekal placed second.

Hekal said he knows Ryerson has a casual squash league, but its level of competition isn’t intense enough for him. Ultimately, he wants to participate in the Olympics, and maybe become an Olympic champion.

“One day, I would really like to tell my kids, ‘Your daddy played in the Olympics,’” Hekal said. “How cool would that be?”

The problem is that squash isn’t currently an Olympic sport.

Lolly Gillen, president of Squash Canada, has been following Hekal’s career, and said he is one of the best young players she has ever seen.

“I have never seen anybody that has such creative shots,” Gillen said. “He is so fast on the court, he can get to every ball.” 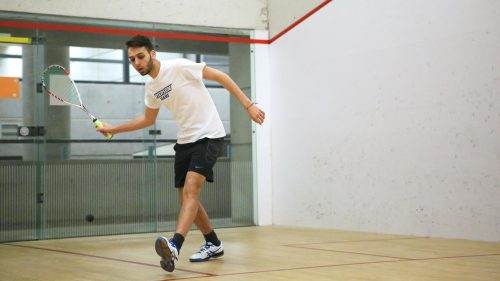 “Once he gets to be more disciplined in his shotmaking and improves his fitness level, I think he could become a top-20 world- class player. With his skill and speed he’ll definitely go a long way.”

According to Gillen, the World Squash Federation is still optimistic that squash will be included in the 2024 Olympics. The sport’s governing body is currently negotiating with the International Olympic Committee to make that happen.

“Canada has some great players and I think we’d do well come 2024,” Gillen said. “We need more players like Hekal to represent Canada if we are going to reach the podium.”

Squash was shortlisted for the 2020 Olympic Games, but lost out to wrestling. There were attempts to get squash into the 2012 and 2016 Games, but the sport narrowly missed the cut in both those instances as well.

Hekal has noticed a general lack of awareness in Canada when it comes to squash. Squash in Egypt, he said, is as big as hockey in Canada. Currently, three out of the top five players in the world in both men’s and women’s squash are Egyptian.

Hekal remembers seeing squash on live TV regularly in Egypt, but said he’s only seen it on pay-per-view channels in Canada. 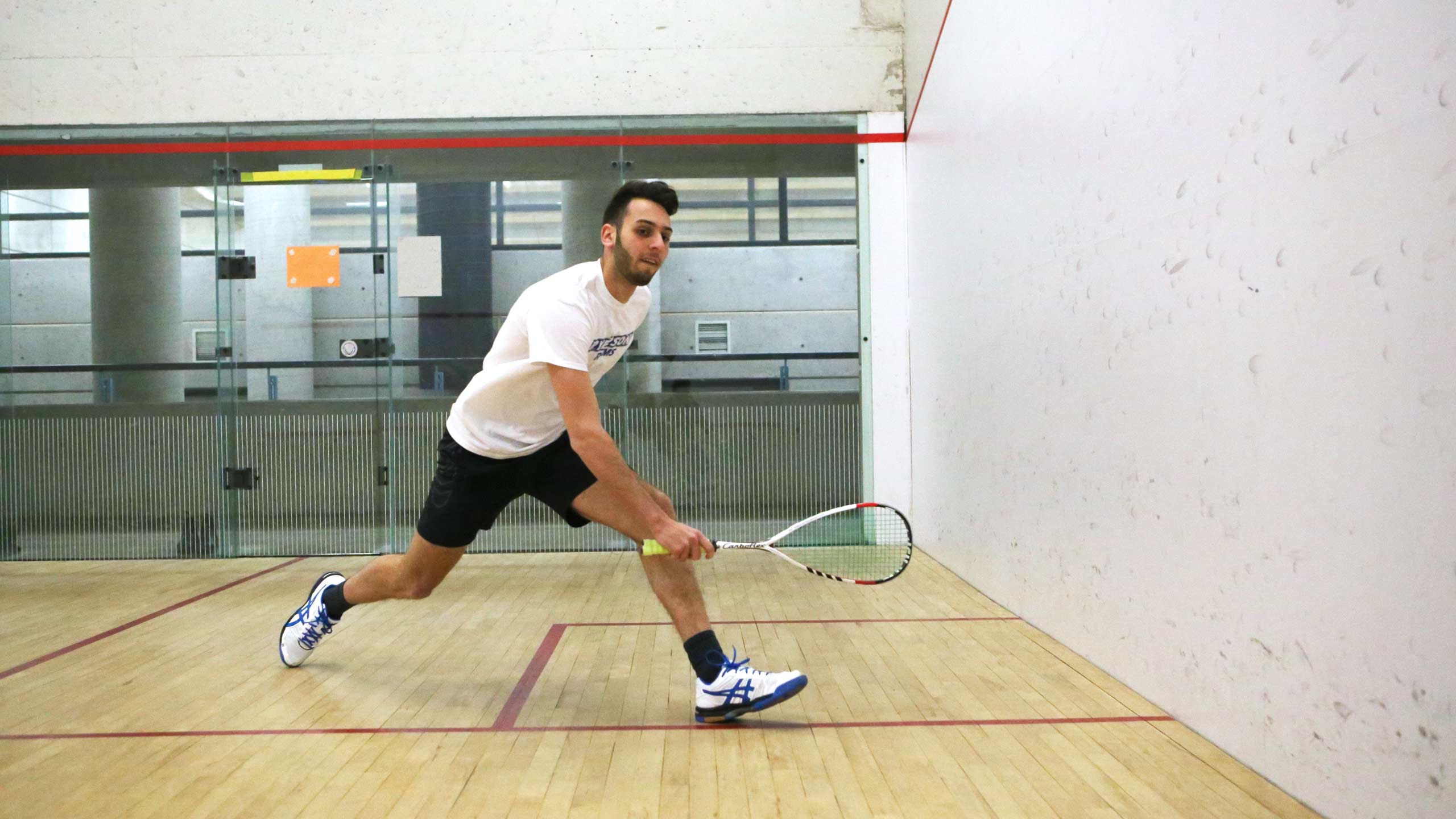 That lack of awareness around squash might be translating to Ryerson, too. Hekal said that on two separate occasions, he has gone to the school’s gym to try to practice at the squash courts and run into an unexpected issue.

“There’ll be some people playing badminton,” he said. “And I’ll have to remind them that the court is for squash and is not a spare rec room.”

Hekal exercises and trains almost every day to stay competitive. His aspirations are high and he’s dedicated to becoming a champion.

Aside from sports, Hekal takes interest in technology and video games. He plays soccer video games on PlayStation and is an avid gamer.

“I’m really into computers, and I always wonder what’s going on behind the technology we use right now to make it work the way it does,” he said. “So it’s like running around the squash court, but I want to know the ins and outs of how they run around the court.”

Hekal is also part of a group from Enactus Ryerson called Project Welcome, which helps Syrian refugees by providing “newcomers foundational business and financial knowledge to not only help with adjusting to live in Canada, but to leave a lasting impact.”

Hekal is fluent in Arabic, so talking to the refugees, he said, was an obvious way to help. Hekal said he hopes to continue his squash career at Ryerson over his remaining three years and aims to take first place at next year’s Canadian University and College Championships.