Dan Darrah is nervous. It’s Saturday March 4, the night of his first book launch—a book of poetry—and he’s pacing around a mutual friend’s kitchen. Preparing simple food and rearranging the alcohol bought for friends appearing later, Darrah periodically sits atop a deep freezer, fiddling with a can of Pabst. His legs dangle towards the checkered tiles, the silence between our spurts of conversation on Raymond Carver, engulfs Darrah’s decision about whether or not to read from his work later on in the evening.

What Else We Could Be Doing—the title of his book—originated from the shortcomings Darrah encountered in his other creative endeavours. Guitarist for the Toronto Hardcore band Mil-spec, Darrah found structural limits when it came to writing music, but did not find the same limits within poetry writing. This allowed him to express existing themes surrounding the basis of his book.

onto the wingback chair, the couch, the floor –

by a flickering tv

of that one summer

when i didn’t even stop to consider

what else we could be doing.

As a Ryerson student, Darrah commutes from Whitby. Life in the suburbs is often the subject of his composition. But trying to understand his relationships with other people, his community and examining his creative identity are the motifs at the centre of his prose. Coupled with a sense of unvarnished honesty, Darrah’s writing is vulnerable and sincere—not an affectation of the medium, but just who he is at 22, for us to read.

In the kitchen before his friends arrive, there’s an intense focus on our conversation that I find unsettling at first. Discussing the influence of books and those who write them, it’s realizing how uncommon this personal connection has become in the era of digital distractions. It’s a mentality that Darrah has grown aware of.

“[The title] comes from situations I’ve had in the past couple of months where I’ve felt myself completely in one moment. There were times where I’ve been consciously thinking about being everywhere at once, and in the process, missing out on everything right in front of me,” he said. “As I get older, I find myself getting into moments where I’m so focused on trying to be there, I don’t have a compulsion to think about what else I could be doing.” 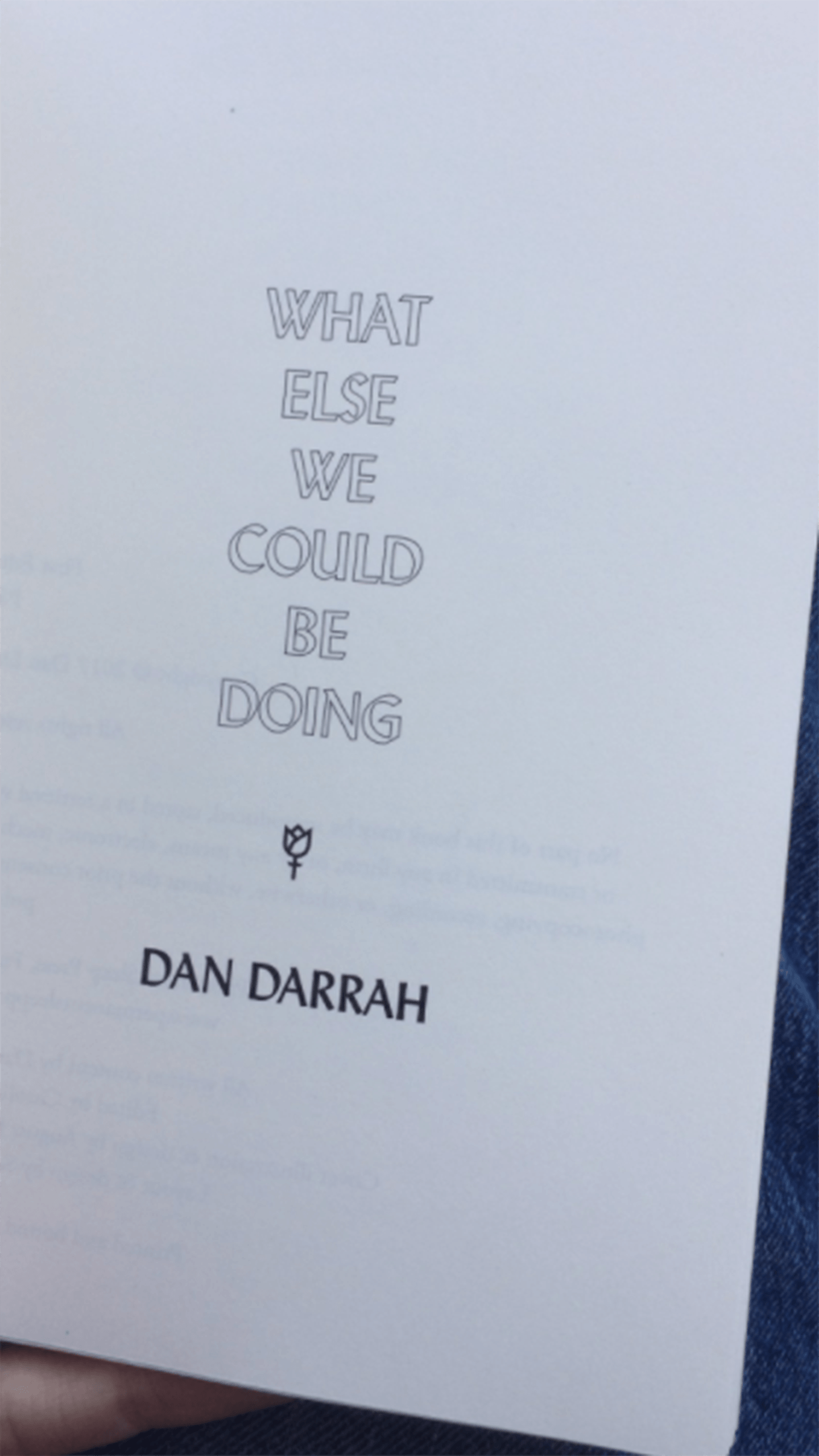 Distributed under Permanent Sleep Press, a Toronto based independent publishing house, Darrah looked to his DIY roots to get the project off the ground. Having created Hardcore zines in the past, this do-it-yourself attitude relies less on tastemakers and gatekeepers and more on Darrah’s drive and ability to connect with like minded people willing to help talented artists.

He describes the connection between Mil-spec and his poetry as the sincerity the entire group maintains. For Darrah, there is no irony in being conscious of the human condition brought out in a group of people with a shared creative love.

“All of these people come together in way that really inspires me, and the connective tissue between that and my writing is the fact that we try to be sincere,” he said. “It’s been the guiding principal of Mil-spec, just to be honest and conscious, thoughtful and kind. It’s something I hope to carry into the poetry world.”

In the kitchen, friends have begun to arrive. I watch Darrah closely and begin to notice the clarity of mind he puts emphasis  on. The pacing dissipates, and he grabs another beer. In the span of half an hour from when I first met the nervous Dan Darrah, skewed in all different directions he’s perfectly in focus now. And whether or not he’ll read from his book,  he’ll decide that moment when it comes to him.

THE CENTRE OF OCTOBER

the warmest shadow in the world to stand in.

barking out an iron fence

to keep us out

on our way to class –

to when you leave

for a square foot of the world

*The launch was held at an Eyeopener editor’s house. The two have known eachother for just over two years.