Packing their waterproofed cameras, equipment and food, Ryerson image arts alumnus Callan Field and his teammates piled into six canoes. Floating just a few inches above the water line, they pushed off into the Ogilvie River—part of the Peel River Watershed that spans between the Yukon and the Northwest Territories—braving the bitter weather along the way.

The group was part of The Peel, a documentary that captured the experiences of six Canadian artists paddling through the largely untouched watershed in September 2014. For the next three weeks, Field would be exploring it using film photography.

Now, The Peel is making its Toronto premiere at the Hot Docs Ted Rogers Cinema as part of the Water Docs Film Festival—closing April 8.

“The initial intention of the film project was to take artists … and drop them into a rural, semi-remote place in Canada that they hadn’t been to before, and watch how that place, both the landscape and the vibrant communities that make up that wilderness space, how that all affected their work,” said Calder Cheverie, The Peel’s director.

The Peel watershed is anomalous; it’s one of the only remaining undeveloped watersheds in the continent and spans almost 68,000 square kilometres. Four First Nations communities lay just outside its boundary and depend on the resources it provides. 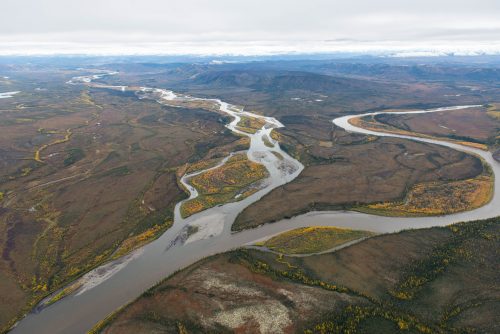 Development in northern Canada is different than in the rest of the country, said Dr. David Atkinson, an associate professor in Ryerson’s geography department, whose research focuses on Arctic watersheds and community water usage. Although the province was pushing for development to be possible in the region, there was pushback from the region’s communities.

“It’s not like [they’re] about to build a Walmart there as soon as [they] greenlight it … it depends on a number of factors,” said Atkinson. “But if we can protect it now, then let’s protect it now.”

First Nations communities in the area, like the Gwich’in people, are culturally connected to the area’s caribou population, which may be threatened by development projects. Last year, a new territorial government was elected and promised to protect most of the watershed.

The landscape, according to Cheverie, moved from slow and winding water surrounded by thick woods, to fast rapids over the first three days. Past the rapids, the rocky landscape grew more prominent and increasingly narrow.

The rough water, coupled with the group’s isolation, proved to be dangerous. 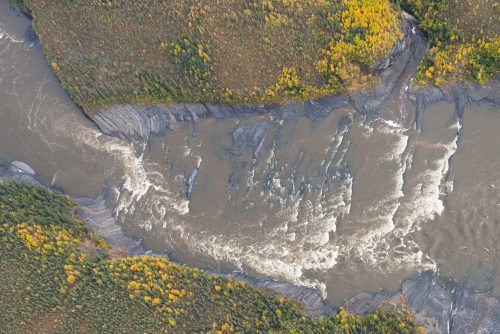 The rough water, coupled with the group’s isolation, proved to be dangerous.

Five days into their trip, Field and the others encountered patches of whitewater that weren’t marked on their map. There was no time for Field to act as a photographer.

In this moment, Field understood the severity of his journey.

“All of a sudden these boats start flipping ahead of me and I move from that [personal] space into having adrenaline and then paddling these rapids and rescuing my friends and the other people on the trip and it was a very powerful moment,” said Field.

Unlike the other artists who could write subsequent music or poetry, Field had limited chances to capture what he was seeing and feeling. His medium necessitated preparation and sometimes, serendipity. He didn’t always have his camera. Other times, he didn’t use it.

Although the gear was waterproof, they weren’t able to save everything. They lost helmets and paddles and had to toss some of their food that was dampened by the flips. Field managed to save his physical film rolls, but would have to wait until he was home to see their fate. 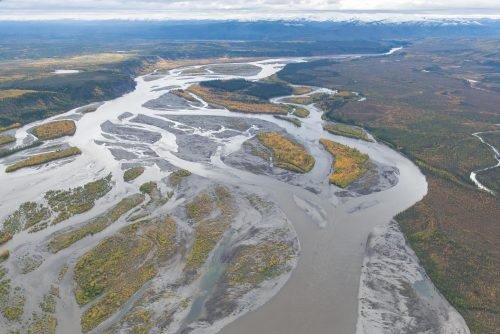 As the sun faded, the group worked to build the fire they needed to dry their gear. It took three days for Field and the others to portage over the unforgiving whitewater strip.

Five days before the trip ended, Field and the others met Ernest, Alice and Margaret Vittrekwas—a family that was out hunting moose. The family invited them to spend the night at their cabin. Field said this was a welcome invitation, since mid-September in northern Canada has temperatures dipping below zero, and this was their fifteenth day on the water.

“Our time with them was also really rejuvenating. We were only there for that evening and the next morning, but our group’s experience had [us feeling] down for the last couple days after being wet, cold and hungry,” said Field.

This act of kindness was crucial in the group’s success and well-being. Today, they look back on their journey, documented by video, remembering the waters they braved.

The Peel – Trailer (Official) from The Peel on Vimeo.