This article has been updated from its previous version.

The Ryerson Students’ Union (RSU) held an emergency board meeting on Tuesday, where there was a motion to appoint Osman Hamid as the official chair for the entire school year.*

The motion passed, however the meeting itself was later ruled out of order when Hamid pointed out that there was insufficient notice for the emergency meeting, as RSU bylaws state there needs to be a notice of at least five business days.

It was then confirmed on July 19 that the motion to appoint Hamid as the official chair wasn’t valid.

At the start of the July 11 meeting, RSU president Susanne Nyaga moved a motion to appoint Hamid as chair for the meeting, which is common practice by all presidents at the beginning of RSU meetings. Nyaga’s motion was immediately challenged by board member and former president Obaid Ullah.

Ullah challenged Nyaga’s motion to put forward an amendment to appoint Hamid as chair for every RSU board meeting until April 30, 2018.

Nyaga argued against his amendment by stating that the board should be able to vote against appointing the chair at every board meeting if they don’t think the chair is adequate.

However Ullah’s amendment to the motion passed.

A vote has just been taken, the majority of the room is in favour of Ullah’s challenge.

“This is a surprise,” Hamid said in response. “Please help each other and help me make sure that we can make this board an efficient board that serves the students and doesn’t serve yourselves.” 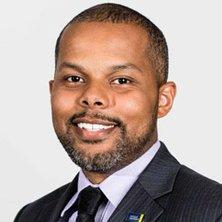 Hamid has been the chair for several RSU meetings in the past school year and he has worked extensively at the university.

He is currently the director of student engagement and alumni development for the Ted Rogers School of Management, and he is heavily involved in Ryerson’s zone learning initiatives.

Nyaga and RSU vice-president equity Camryn Harlick mentioned that the emergency meeting was also not accessible due to insufficient notice for staff and board members.

Nyaga also pointed out how there was no agenda for the emergency meeting, which was called by RSU vice-president operations Ali Yousaf.

Yousaf said he informed board members about the meeting on July 6. “I don’t know why those concerns weren’t brought up then,” he said.

Yousaf told The Eye he called the emergency meeting so he could appoint a committee to help with managing the RSU’s finances.

Ali Yousaf said that he informed board members about the meeting last Thursday. “Idk why those concerns weren’t brought up then” he said.

The next scheduled RSU meeting is on July 19.

CLARIFICATION: In a previous version of this article, The Eyeopener stated that a motion passed that appointed Osman Hamid as the official chairperson for all RSU board meetings for the school year. However this was later found to be incorrect as the meeting was ruled out of order therefore making the motion invalid.