Through the use of art and the human body, a member of Ryerson’s Design Fabrication Zone (DFZ) is exploring themes of inclusiveness, equanimity and unity in her latest work. 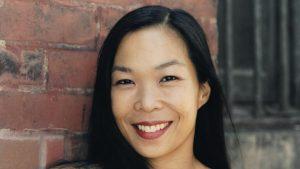 Dual Light talks about “leaving home and migrating…and leaving things behind and being in that space between,” said Nann. The performance is similar to a “concept album” where the tracks collectively serve a bigger purpose. When Dual Light‘s components come together,  “there is a much bigger effect […] to create something that is [a] very universal experience,” she said.

Comparing Dual Light to a 70s concept album, Nann points out that “there is this universality to the nature of them” but that they are personal in their own way. She uses light and contemporary dance moves to highlight more broad, all-encompassing themes of inclusivity and identity.

Nann considers Toronto an ideal city to produce her show in because of its openness and multiculturalism. She hopes that the production sparks a conversation about where people come from, where they are going and the human connections they make in the process.

“Toronto has the potential for that space to be cultivated and nurtured and for that to grow and evolve. I think that there is a lot of hope here,” said Nann. “We are [a] much more diverse and inclusive society than any other place that I have visited.” 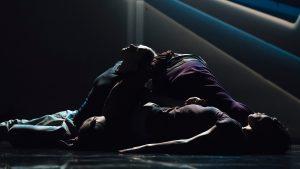 In Dual Light, she aims to expand these positive views and opportunities that exist in Toronto, because “Toronto is one of those places,” she said.

At the DFZ, emerging innovators realize their bold ideas by collaborating with other members to make them happen. Nann, along with team members, work “to create our artifacts with our bodies that can be used as set pieces.”

Recently, Nann collaborated with the DFZ while working on the project Pet Furniture with member and Toronto-based architect Michael Fohring. The display featured furniture that appeared creature-like and made it to the 2017 Toronto Design Offsite Festival.

Tickets for Dual Light are on sale for $15 for students and you can buy your tickets at www.danceworks.ca. The show is running until Saturday.