Two weeks ago, and almost four months after completing his bachelor’s degree in film studies at Ryerson University, Benjamin Reyes left Toronto to go back to the place he started.

“I picked up filmmaking when I was in elementary school and my parents gave me a digital camera, and I started playing around with it, playing around with software on my computer. And I think from there I fell in love with it and knew that it was what I wanted to do for the rest of my life,” he said.

“He’s definitely a mainstream director, but I saw him as someone who is really able to do something creative, really high quality within a studio framework.”

On Sept. 23, the 23-year-old found himself in his native town of Ottawa. With his love of movies and interest in technology both still present as ever, he brought his most recent work to his largest audience yet.

His undergraduate thesis project, Second Life, was selected to appear in the Ottawa International Animation Festival’s Canadian Student Competition. According to Animation World Network, the festival is one of the oldest and largest animation events in the world.

“For the thesis, most people go with live action—and I was considering that at first—but I got this idea for a story that couldn’t be told in the same way through live action. I thought animation would open the story up in a way that hadn’t been told before.”

Second Life uproots the boy-meets-girl storyline and drops it into virtual reality. The main character finds himself oscillating between the real and digital worlds, attempting to figure out which one he wants to live in. This real versus digital duality is one Reyes sees in the lives of his peers, especially in their interpersonal relationships, which is why he made it his film’s central theme. 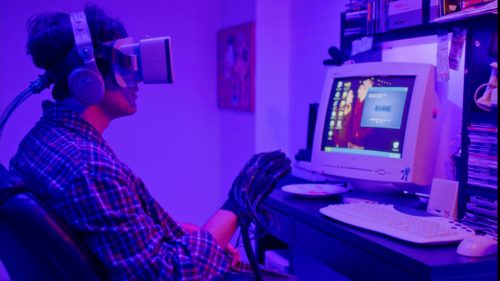 “Growing up and using a lot of platforms to talk to people online, I felt like it was an interesting story to tell from the perspective of my generation because we grew up with an understanding with what these platforms were, dating back to [using] MSN [Messenger] in elementary school, for example. I wanted to predict what our future reality world could look like.”

Reyes’s 10-minute animated film, which also features live-action storytelling, is comprised of 3-D animation, 3-D scanning and 8-bit technology (the latter to give his film a desired retro look), revealing his interest in integrating unconventional computer software into his filmmaking.

“I think we’re at a cool place where people are incorporating a lot of different mediums to tell stories, so animation and live action can cross paths a lot more now. The technology is more accessible. I like to try and use different technologies that are accessible, especially to someone like me who doesn’t have big studio money.”

That love of technology is reflected in the evolution of his influences.

Having moved on from the Nolan films of his early moviemaking days, the tech-savvy Reyes now sources his inspiration from one of the biggest digital innovations in the past 10 years: social media. Mixed-media graphic artists, like Kid Mograth and Beeple, use Instagram as a platform to exhibit their work. This pushed Reyes to experiment with his own style for his short.

But Reyes also said the ideas he obtained from his participation in the festival are what he hopes to bring to his future projects.

“It was really inspiring. It was so cool to see what other students across Canada have been doing. The quality of the animation was insanely high.” 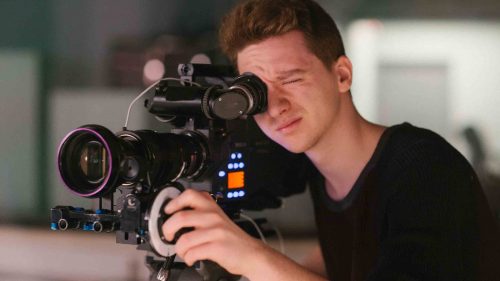 Going forward in his career, Reyes, who currently works as a videographer for a fashion magazine, has the sole ambition of being able to do what he loves.

“I want to collaborate with people who really inspire me and get to create more work like this.”